Yesterday I met with a great group of people on behalf of Castle Square Tenants Organization – one of my consulting assignments. As you know, Castle Square is undergoing the most significant deep-energy retrofit of an affordable housing complex of its size in the US. Its’ a great project to work on. 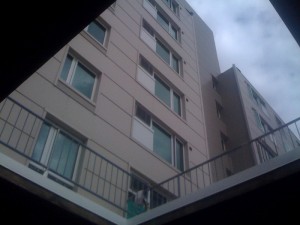 Over the past few months, I have gotten to know the design team. On Tuesday, a few of us met to go over the checklist for achieving a LEED designation for a portion of the project. The entire complex, all 25 buildings, have been renovated to LEED certifiability. Curiously, the evolution of the rating system has been changing so much in the past three years that the project has been going on, such that there are only five of the buildings that can qualify for a clear LEED designation. On account of the cost of performing post-occupancy energy modeling and paying fees to the USGBC – the certifying body – the project has chosen to pursue LEED for only one building, 414 Tremont St. An earlier plan to go for LEED Neighborhood Development has become impossible as the scheme has changed. 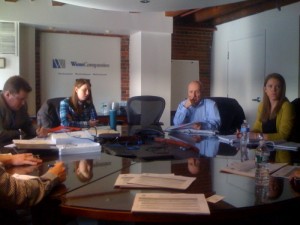 It’s kind of a bummer to only have one LEED building, while three others (the three other “pods” along Tremont) are essentially identical and renovated to the same performance specs.

The good thing is that we discovered we may be going for LEED Platinum, the highest rating possible. Owing to the great talents of Bruce Hampton (of Elton + Hampton Architects) and Heather Clark (of Biome Studio) the project embraced a total transformation of fast no faxing payday loans the buildings. The energy use is reduced so far that the LEED checklist gives it and unheard of 35 points (out of about 80) at 414 Tremont St. Most new buildings can only get about a dozen points on this section. Various other aspects of the building’s retrofit result in a great point score. Everyone is pretty excited and anxious to hear how the rating entity will respond – there’s always the possibility that they will dispute things and make it difficult to get the highest designation. It was a great meeting and good to go through the entire LEED checklist and sort out which points we can document, which we might be able to, and which are not part of our project. 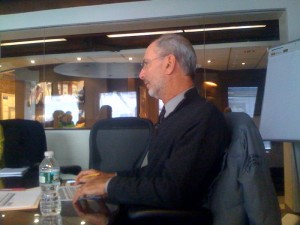 Here’s Bruce Hampton. Even though we are only now, really at the end of the project, engaging with Steven Winter Associates (the LEED consultants) he and the design team had LEED in mind and the project was oriented toward certification since the beginning. Also at the meeting were Tom O’Neil from Pinck & Co., Mark Kelley the energy analyst, Martin Hickey from CWC the general contractors, a few folks from Winn Development, and Lauren Hildebrand from Steven Winter. Melissa Martinez of Pinck & Co convened the meeting and facilitated the discussion. My role is in the post-occupancy phase: there is a lot of training and education needed to orient the occupants toward green best practices in operations and maintenance. No matter how good the technology, it comes down to people using things in a way that moves toward the design goal. We’re all pretty psyched to be approaching Platinum at Castle Square. 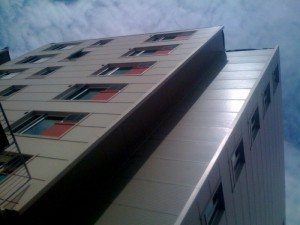