A storm was coming and it looked grim for our plans to hike for 12 hours on Saturday. We were heading up to the North Country on Friday evening, that was the plan. But, if it was going to rain all night and all day, did it make sense? Last minute packing, coordinating rides, emails and texts back and forth…

Grey, said Darien, What if we just go up tomorrow and do a shorter hike on Sunday?

Dude, said Grey, I don’t know what to say. It’s going to take a little while for this train to slow down, but I hear ya.

I was indeed pretty worked up and psyched to get going. The Prezzie Traverse! It was all coming together, except for the weather. A great crew, cars from all directions, plenty of options to shuttle a vehicle from the trailhead to the tail end. Good people. Good to mix and meet each other. It was not going to be what has happened for the past four years: insufficient critical mass. We were going to rock it!

Within an hour of Darien’s intervention, it was simple. It was definitely going to be crappy on the ridges on Saturday. No sense sending your comrades down the river (or up the mountain) like that. An adjustment could be made. We could still head up, enjoy our campground reservations of Saturday night (which would have been post-hike) and make an early start HGH to a good Sunday day-hike. A few rounds of email later, we were all in.

So here’s to making a few adjustments and still planning on having a great trip! [see the next post for what evolved]

At the Crawford Notch Campground, we arrived to a bitter drizzle. I was feeling grouchy. I had cold and wet camping. Luckily, someone brought a lot of beer. 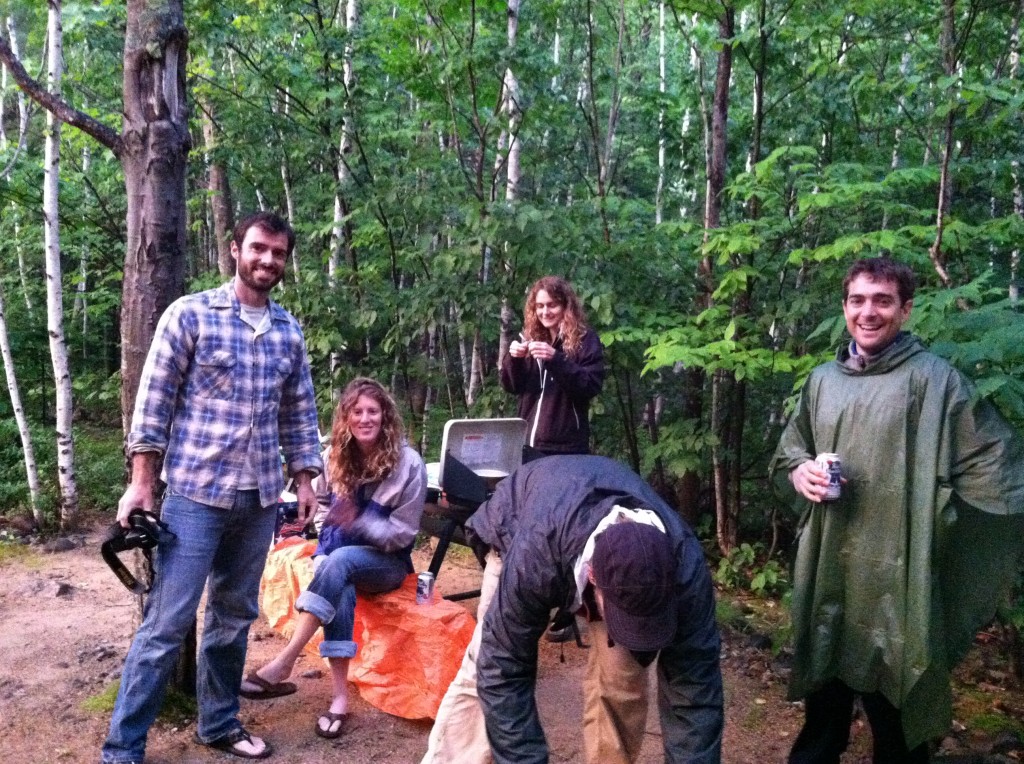 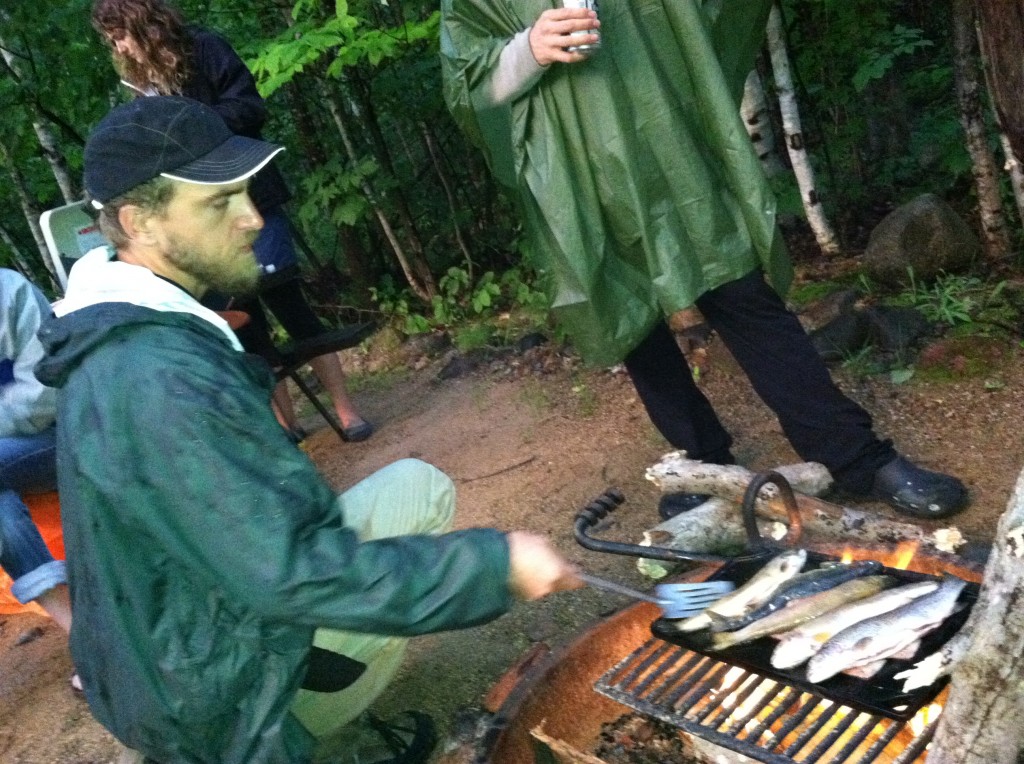 And even better, Matt had decided to head up early and fished in the rain all day. Some brook trout, one or two rainbow. 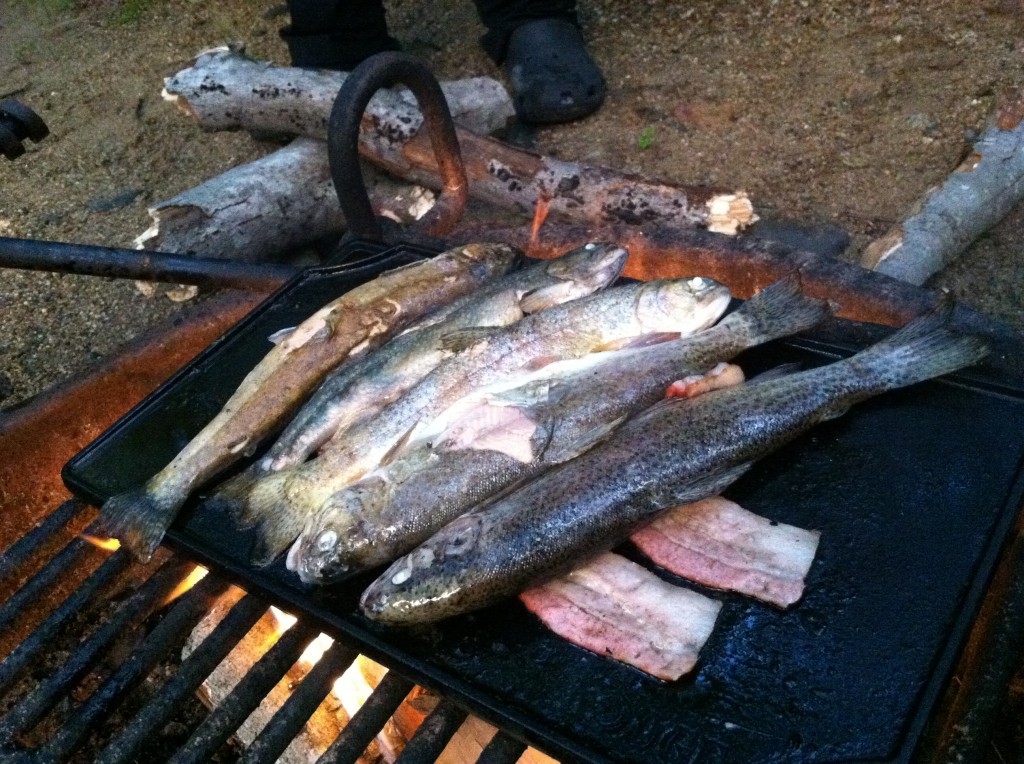 Yes, that is the true New Hampshire way to grill fresh caught fish – on a bed of bacon. 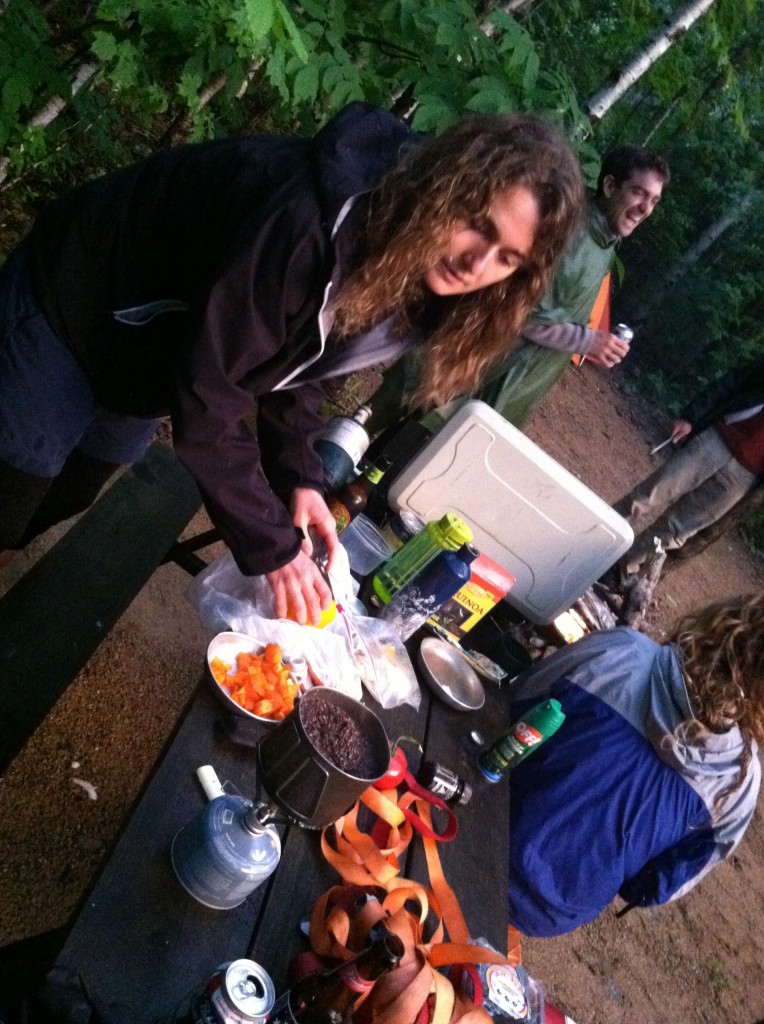 Thanks Tavia for helping me with the kitchen – keeping the quinoa going. We really did cook too much of everything. Esp. Darien’s idea of the can of beans in the firepit. 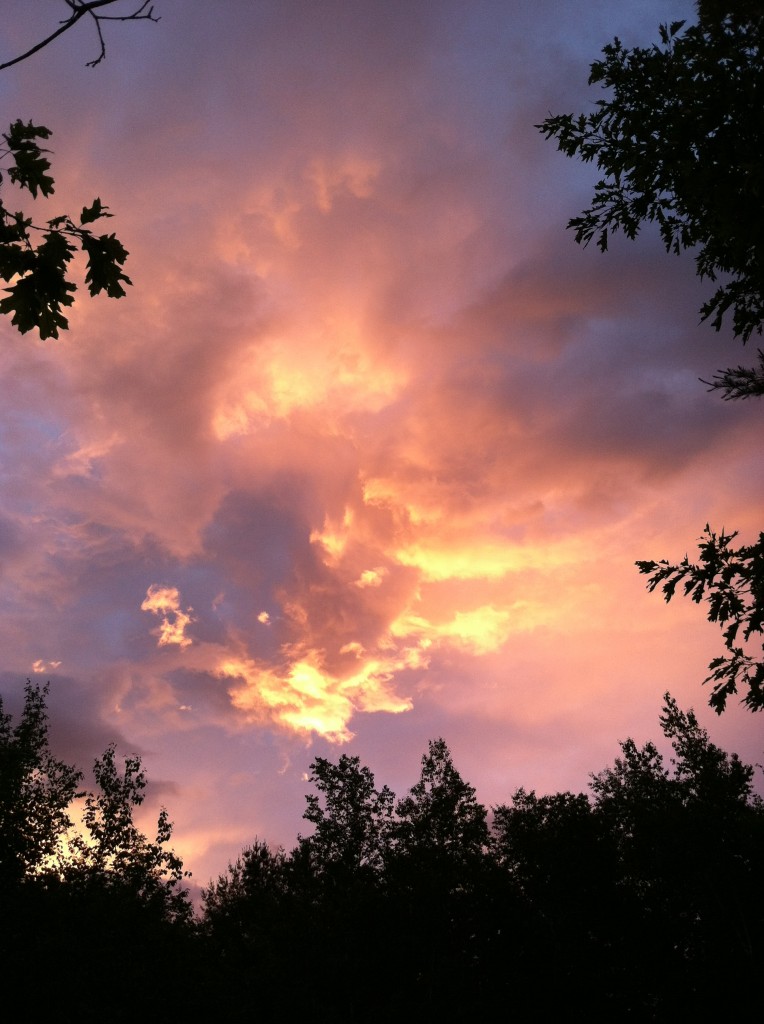 It turned out to be a lovely evening toward the late sunset. 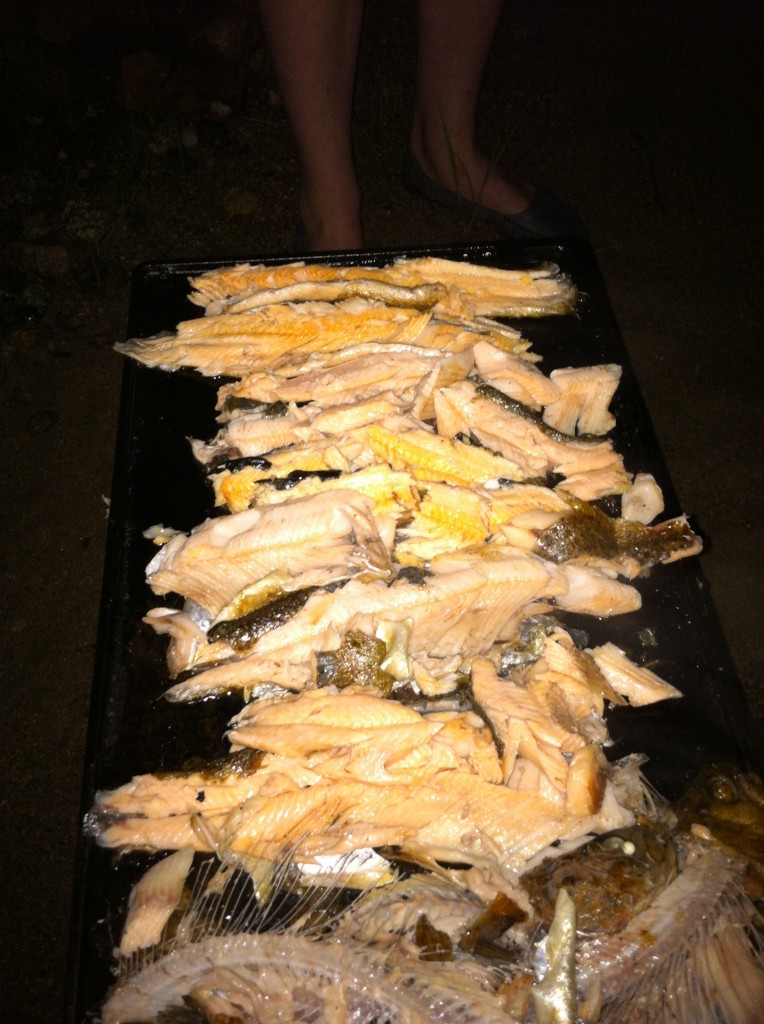 And the main course was DEEEE-licious! A proper way to fill the belly ahead of a good hike.

There was something about a lost quebecois kid, Grey opening bottles with his iliac ridge, and an argument about the relative merits of passenger trains in foreign countries where you do your business straight onto the tracks (no one was expecting that!)…Eventually the notion of getting up wicked early to make the Traverse hatched (thank you Maine) and bedtime was called at a reasonable hour. I am sure I ate too much. Thank you CREW!