It has been great, absolutely great, to be back in Porto Alegre. I hadnÂ´t visited in six years. Very hard to believe, but I guess this is what happens when you get older and have `more responsibilitiesÂ´ and canÂ´t just run off travelling every other year.

Here is the housethat I lived in during my days as an exchange student in 1991 – A Casa de Themis – Rua 24 de Outubro, no. 1181. The house of Themis – Themis Reverbel da Silveira is my brazilian momÂ´s name, and she is definitely the dona da casa. It has been in her family for some time. ItÂ´s a neat spot. The tower on the top is called the Â´cucurutuÂ´ and I spent many a day hanging out looking out at the city from up there. 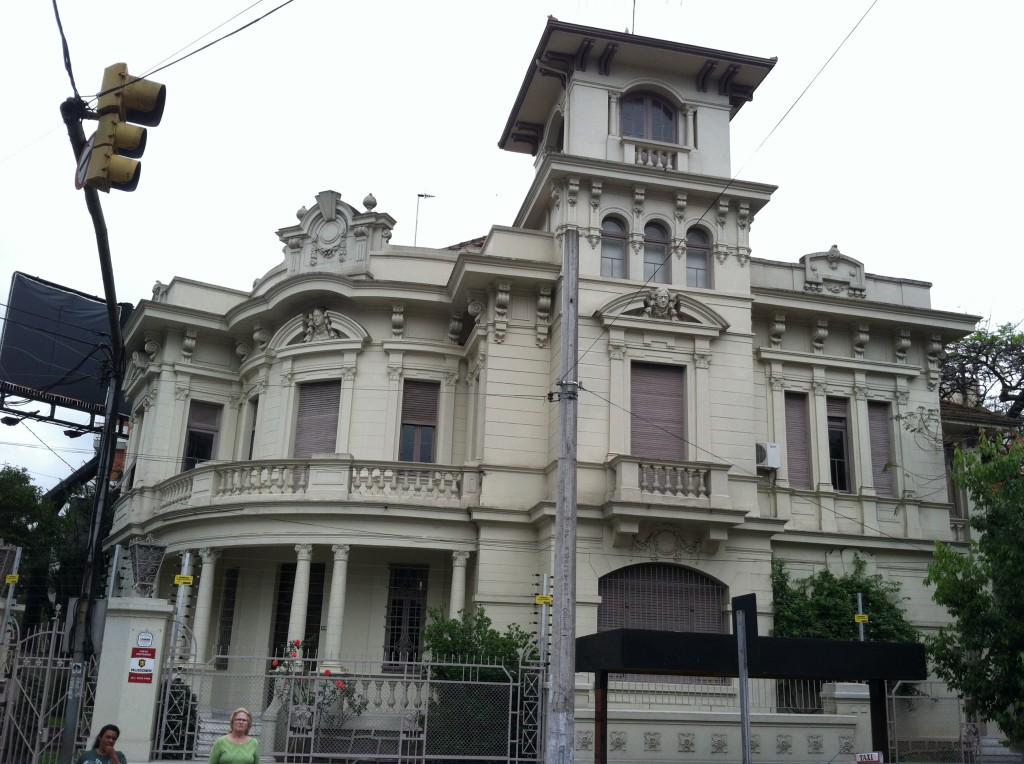 HereÂ´s a scene from the top of one of the hills in town – along the Avenida da Independencia, which was my main path to school back in the day. This is a park created over an old water cistern, and some of the property still functions as part of the water system of the city. I donÂ´t know that the tower was ever actually for water – it is now four stories of event space with very small circular staircases connecting the floors. The city has a lot of more modern towers, as seen on the right, full of apartments. I think IÂ´ll do an entry just on my pictures of apartment buildings later. 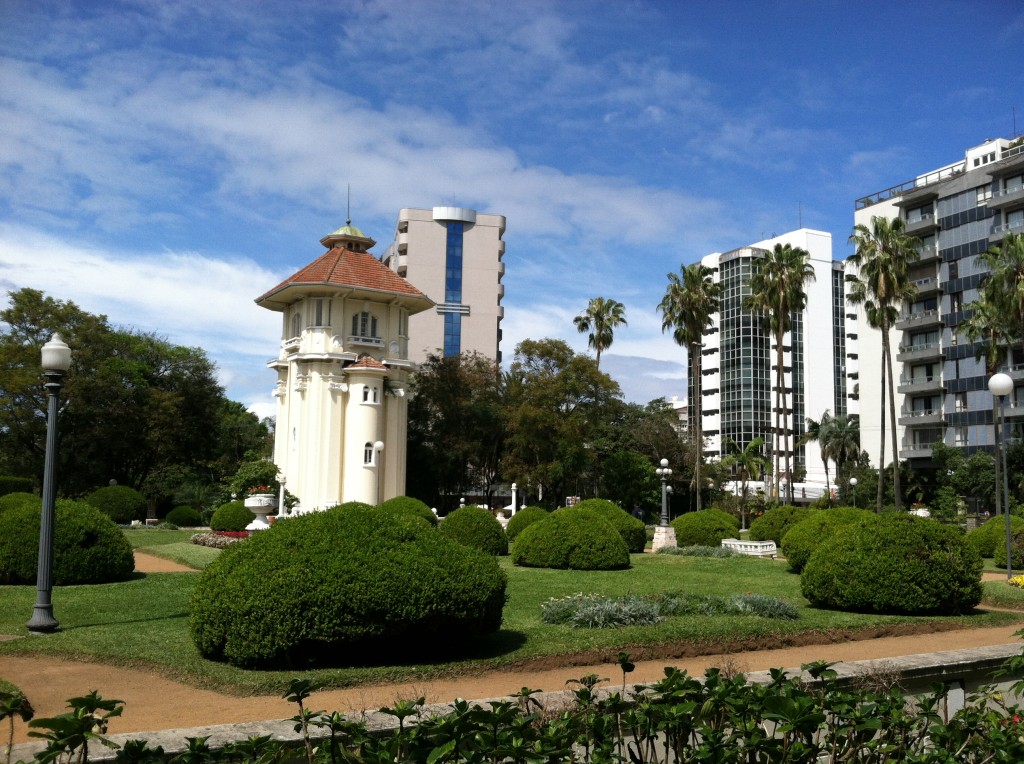 I was lucky enough on this trip to catch up with a lot of old friends. Here are two of my high school friends, Laura and Carolina. On the right is Alcione, LauraÂ´s boyfriend. We went out to a really cool bar in the Cidade Baixa (Low Town) near the Centro. Live music and some great cachaÃ§a! 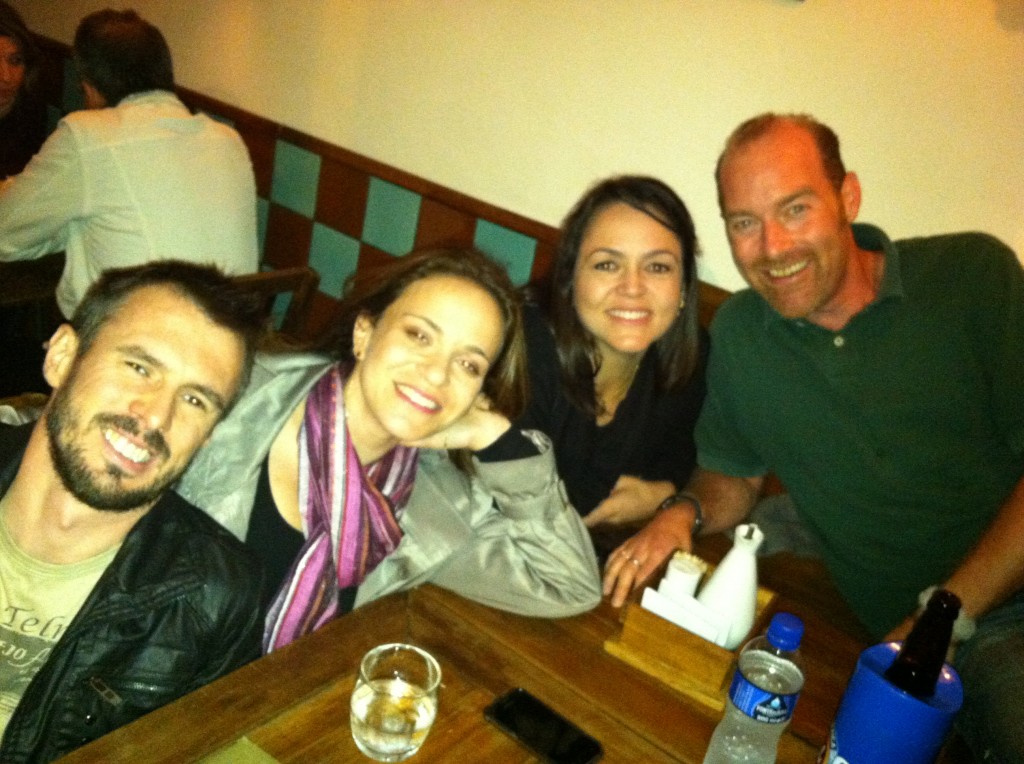 As you know, I am doing a lot of research on this trip. Research on green buildings as that is my professional specialty. Here is one of the greener buildings I have found. My old professor, Sonia, took me out on a wild ride one VigRX Plus day and we passed this place. The botanical gardens were even better, of course. Thanks Sonia! 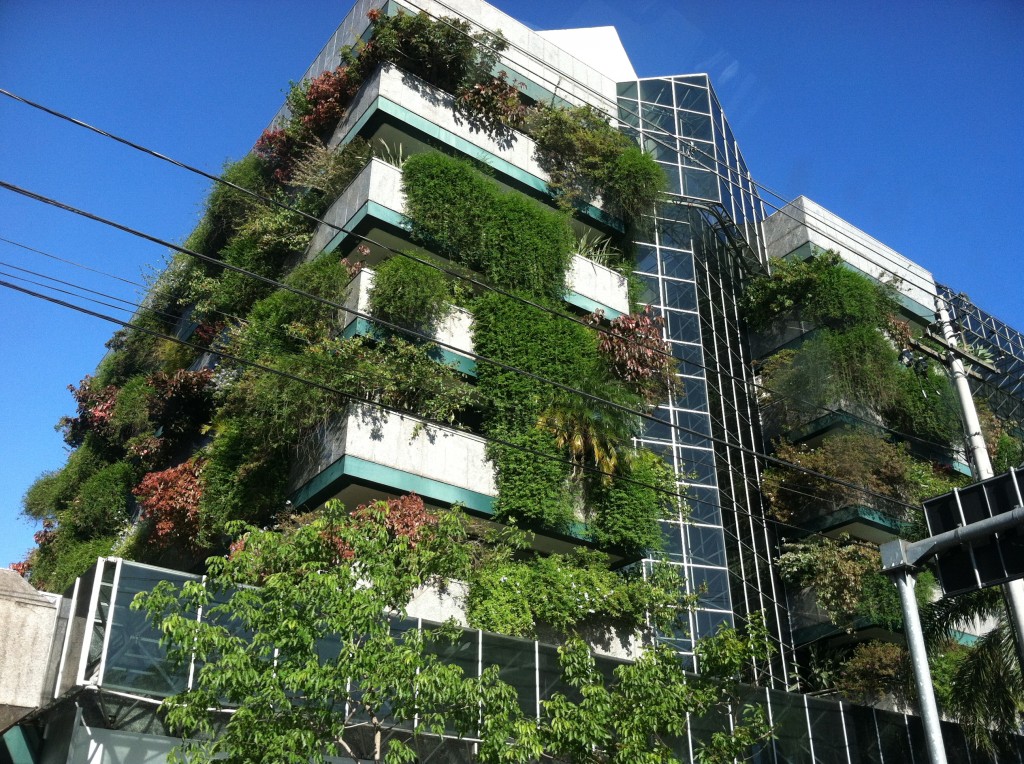 Here we have a remarkable father-and-son duo, Francisco and Thomas – my brazilian dad and brother. We went out for a great brazilian brunch (as it happens, also in the Cidade Baixa) and had a fun time talking, as usual, about politics! Chico is a professor of the history of science and Thomaz teaches law at a local university. 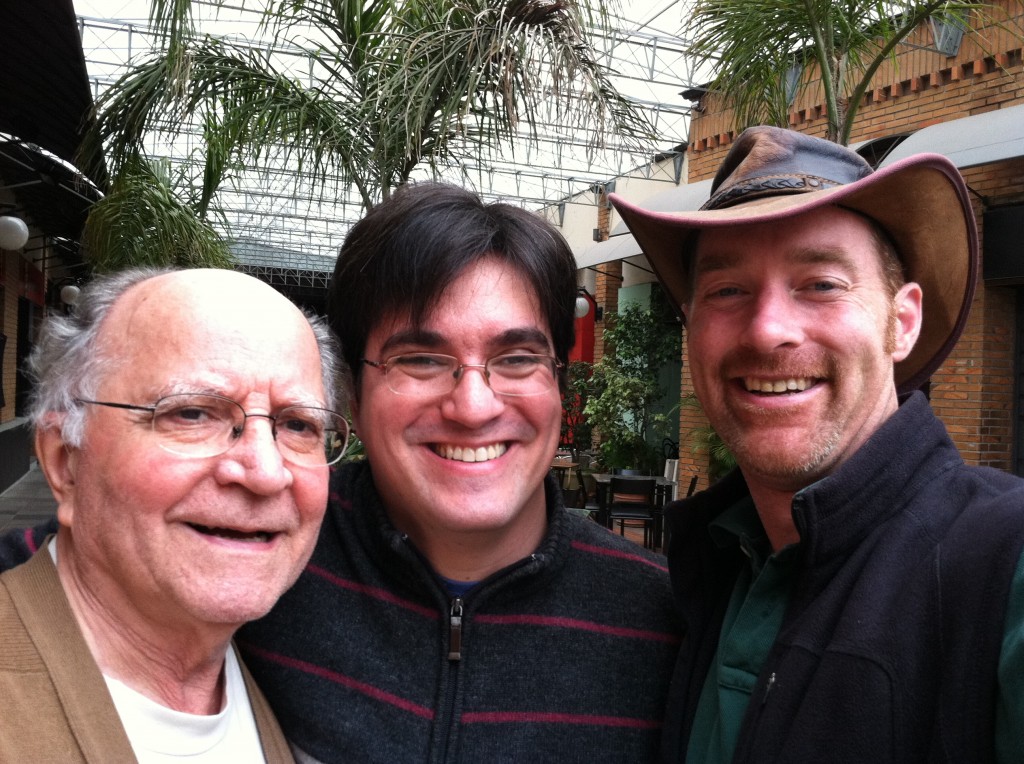 HereÂ´s a picture of Themis from a poster in the house – she won some award. She is always winning awards, sheÂ´s that type of lady! She used to run a hospital and is a professor specializing in infant liver issues (as I recall). 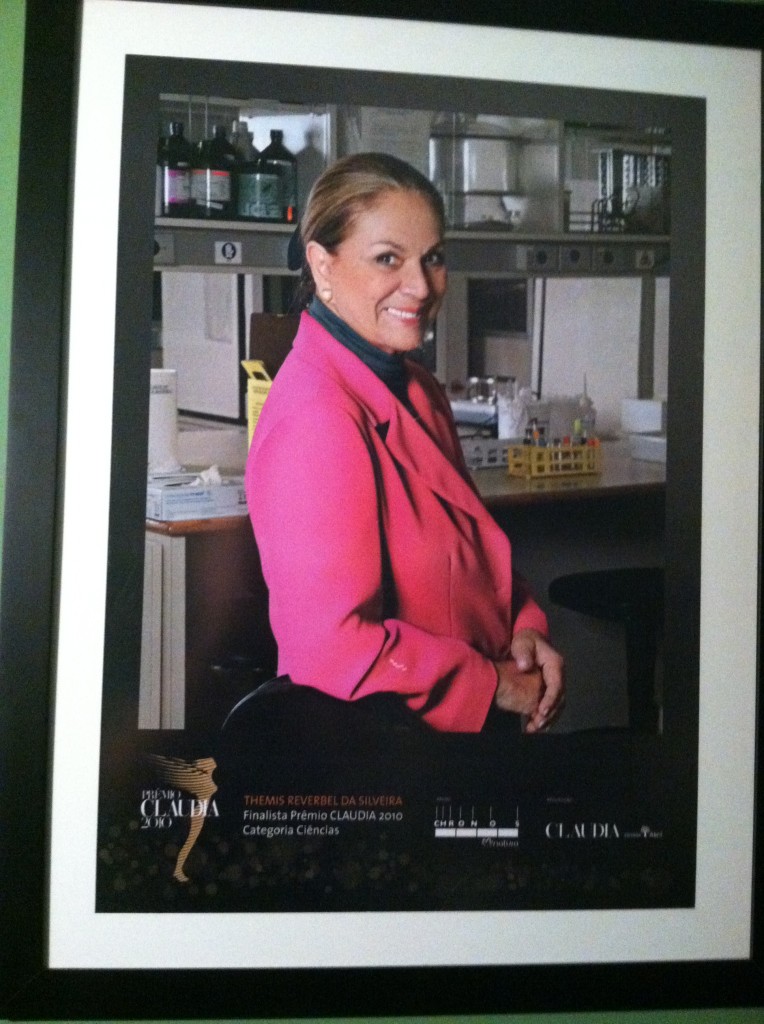 I also was lucky enough to catch up with an old brother, Isnard, who started out as a friend of one of my host brothers (Pedro, who now lives in Brussels) but has become one of my best buds. He was an exchange student in Vacaville, CA, just about the same time I was in Porto Alegre, but returned toward the end of my stay. We always have a good time and this time he took me out to Penguino, the street bar, where everyone is out on the sidewalk, watching each other and having a great time. Also in the Cidade Baixa. This is becoming a theme. Thanks Isnard! [See you in January!!] 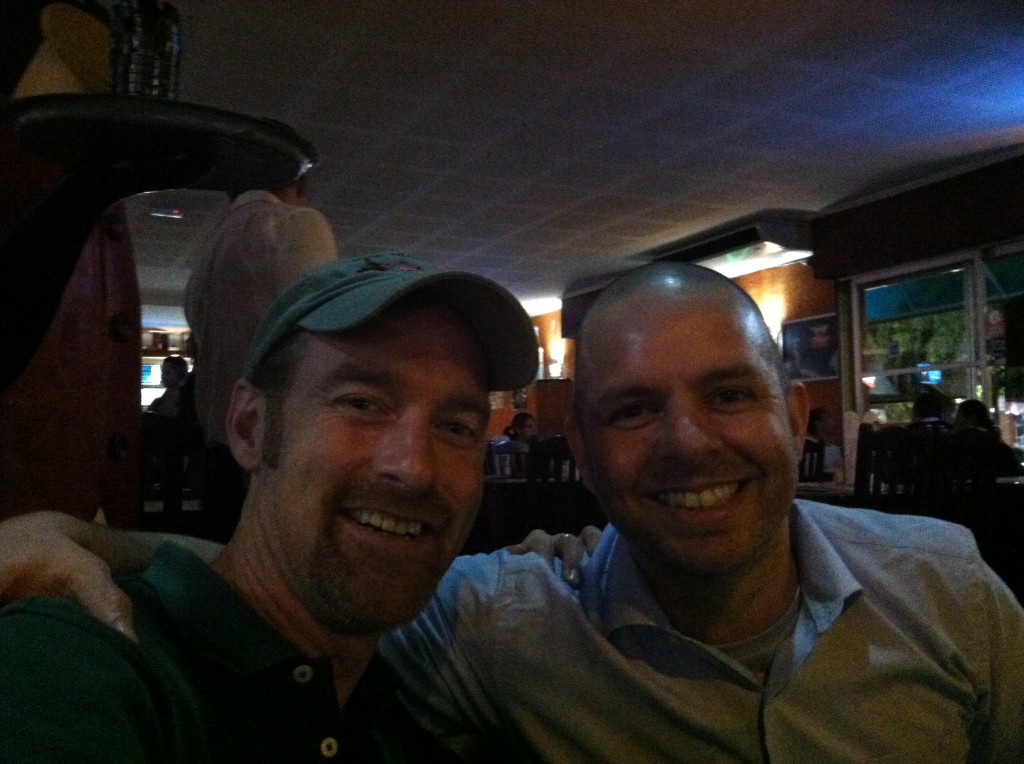 Okay, I did get a chance to take a picture with Themis, who I call Â´MaezinhaÂ´which is a way of saying Â´mommyÂ´ but not quite as potentially childish. Perhaps more like Â´Little Dear MotherÂ´ but not sounding so much like a bad translation from chinese. Obrigado por tudo maezinha!!! 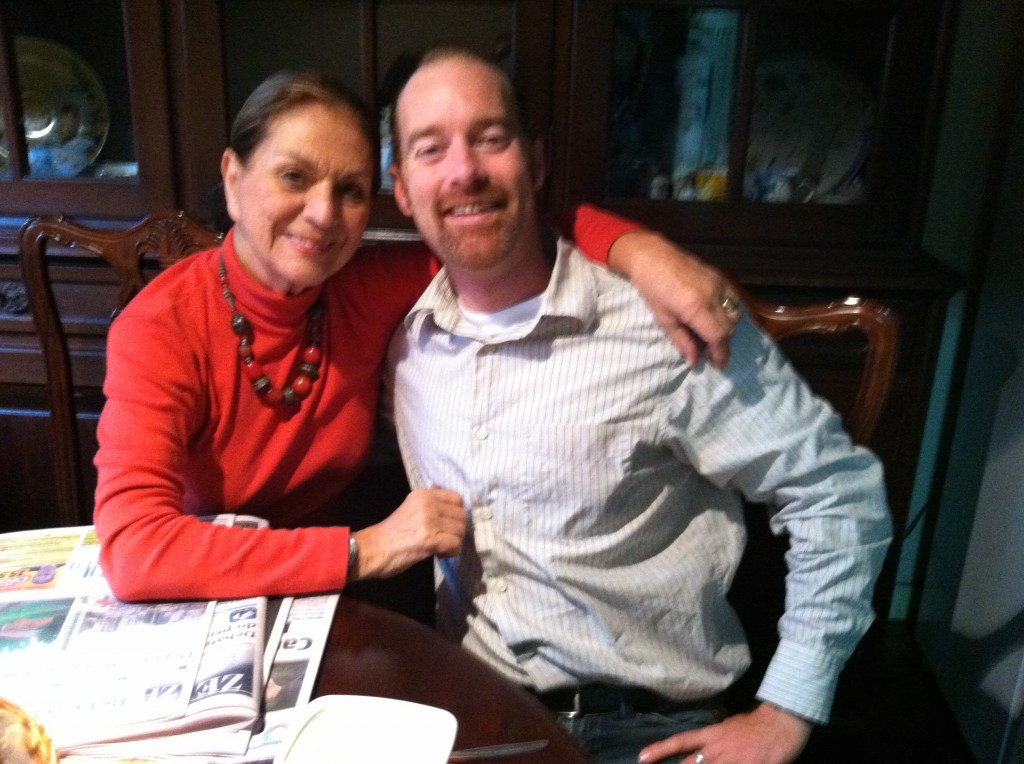 And here I am taking off again, catching a bus to Santa Catarina. I was lucky to get a ride from Sonia who wanted to hang out a little more, so we got to the station early and had a coffee and I did a little souvenir shopping. Sonia filled my bag with goodies – some chocolates, cookies, water and a newspaper! Thanks Sonia, see you soon! 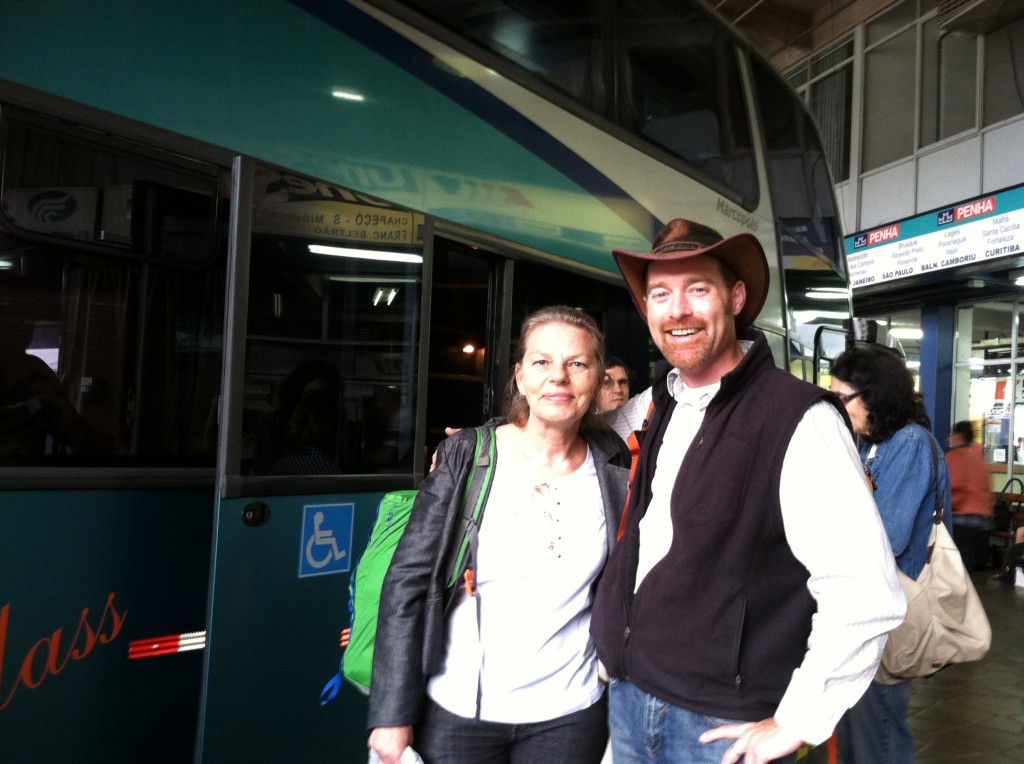