Today I came to work with Pi & Pa at Â´AtividadeÂ´ their nursing home – just opened in February. The place has 21 suites and has a full team of nurses and therapists for the old folks. This is a relatively new thing in Brazil – the elderly mostly end up staying with their family and someone turns into a caregiver. But as medicine gets better (and more complex), more people are able to Â´hold onÂ´ longer than ever before, and this is becoming a problem for many families. A difficulty let us say. So Pi who was working as a lawyer, and whose family used to run a few hotels, has now gone into this growing sector of healthcare for the elderly. 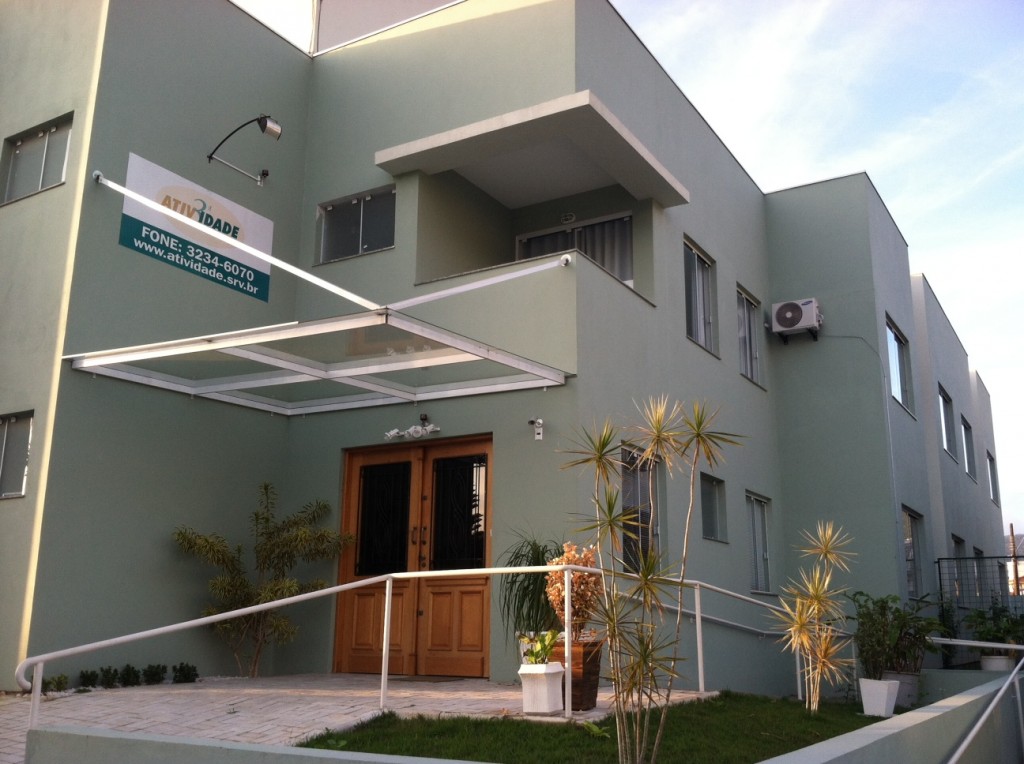 The name means Â´ActivityÂ´ in portuguese but is a play on words of Â´ActiveÂ´ and Â´AgeÂ´(idade). 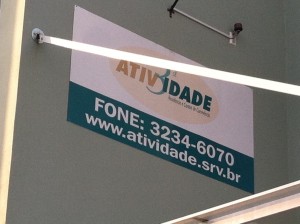 It turns out that as the Brazilian economy changes (grows) more people are working in professional activities and fewer people are available as informal caregivers. Also, families are separating into different locations and the extended family is not so often under one roof as before. The traditional untrained caregiver, such as a hired informal nurse, is not quite capable of handling the needs of many cases. In the same way that a lot of families seek childcare which wasnÂ´t done a generation ago, now it is becoming important to help the elderly find 24h/day care in nursing homes. Of course, they will be more modern and boutique than what came about in the US in the 80Â´s, so thatÂ´s an improvement. It is pricey, however, around $1000/month and up (for more particular care) (still a bargain ProEnhance compared to what this level of care would cost in the States!). Below is a pic of the main Â´salÃ£oÂ´ where folks hang out. There is an atrium which keeps the room quite open, and the windows at the left look out over a protected area along the banks of a creek which flows out back. WeÂ´re going to plant some cherry tomatoes in the little garden out there. 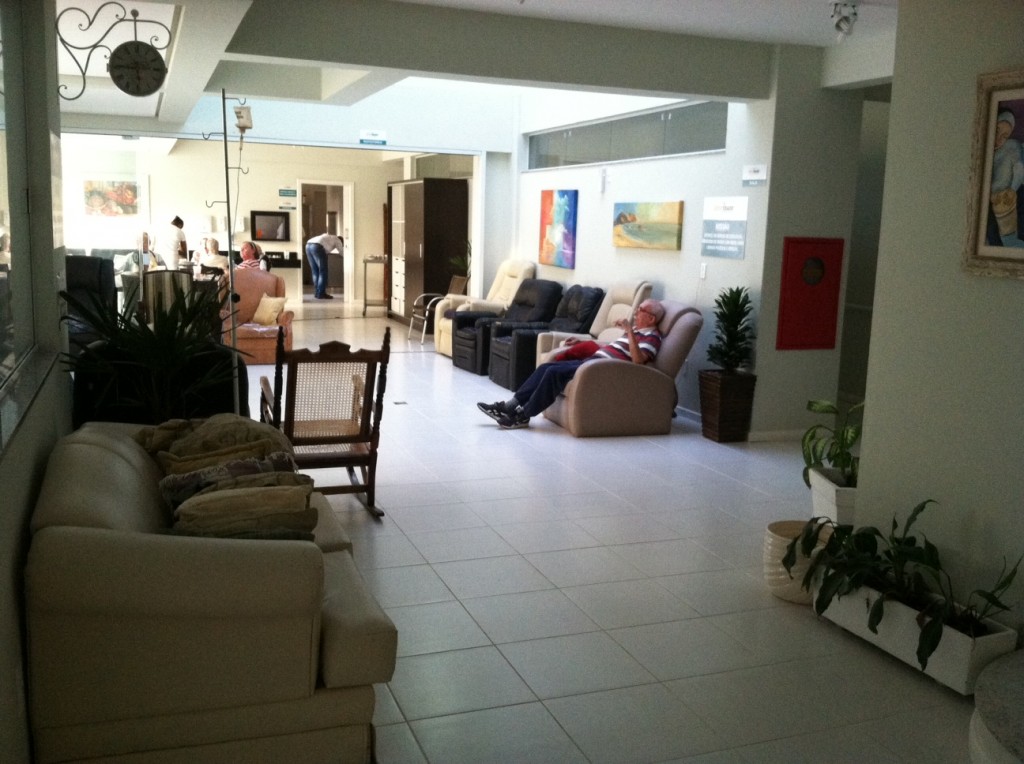 The main office is upstairs and this is the center of command. Pi & Pa have their offices here, and PaÂ´s parents both help out regularly. This afternoon, the consulting medical doctor came through and this is one of the nurses as well (talking with PatrÃ­cia. Very well-appointed office with video monitors of all the clients. 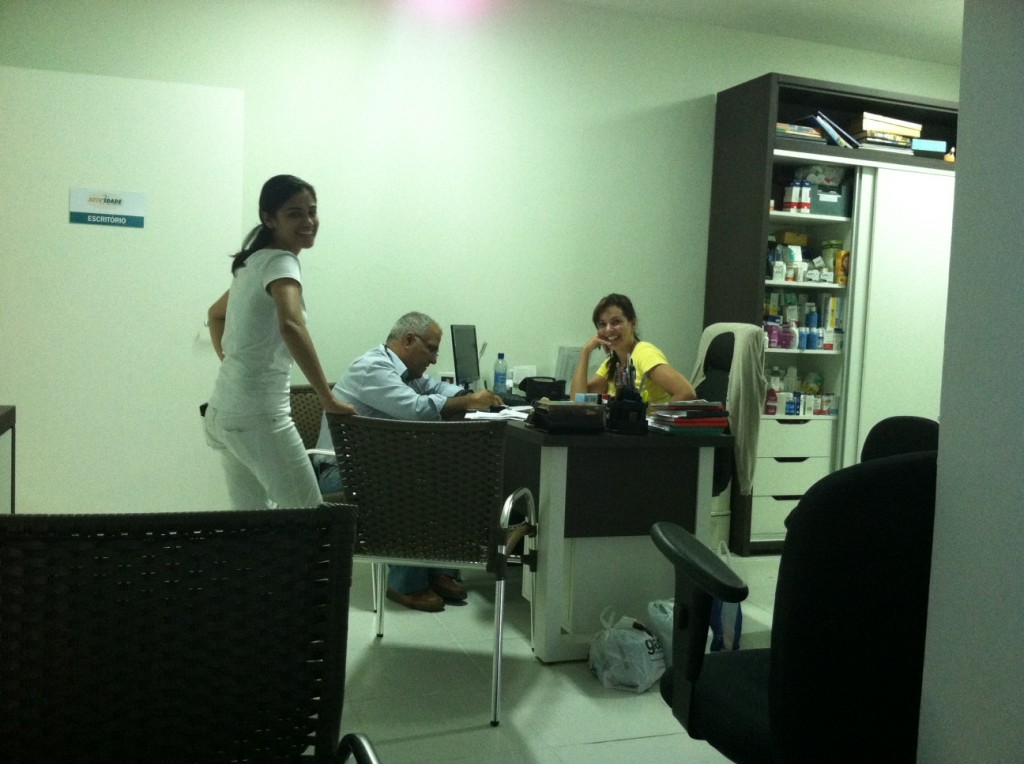 I went up on the roof as Pi wanted me to take a look at the solar hot water system. There is plenty of sun in Florianopolis all year round and it never freezes. 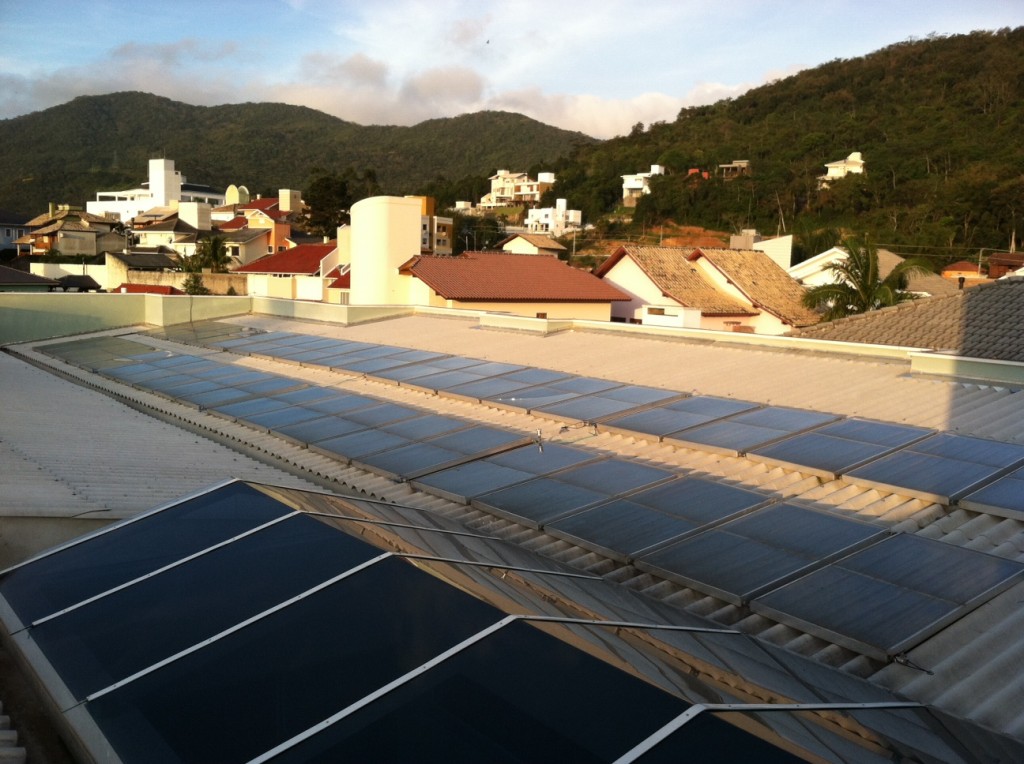 Here are the tanks – 2 2000 liter tanks (2x 500 gallons eh) – though they are currently only using one of them. They invested in the system with a payback period of 4 years ($20,000US). The system means they only use natural gas for the kitchen. I noticed there is actually still quite a lot of roof there for a PV system in the future 😉

So it was a great day at work – I even got a few blog entries done and managed to fix my photograph situation. PaÂ´s dad and I moved some furniture and also took a couple of cars across the neighborhood to get washed (detailed). Things are good at Atividade SRV! 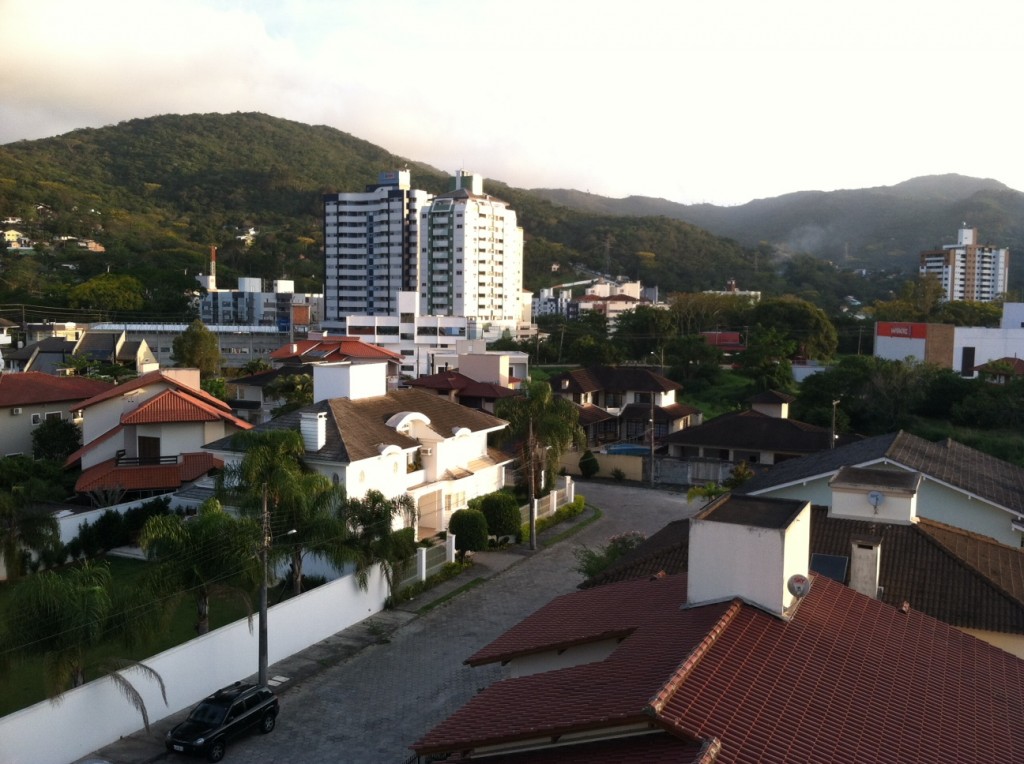