I was thrilled to attend Bill Barclay’s “Muse on Fire” presentation at the Davis Square Theater the other day. 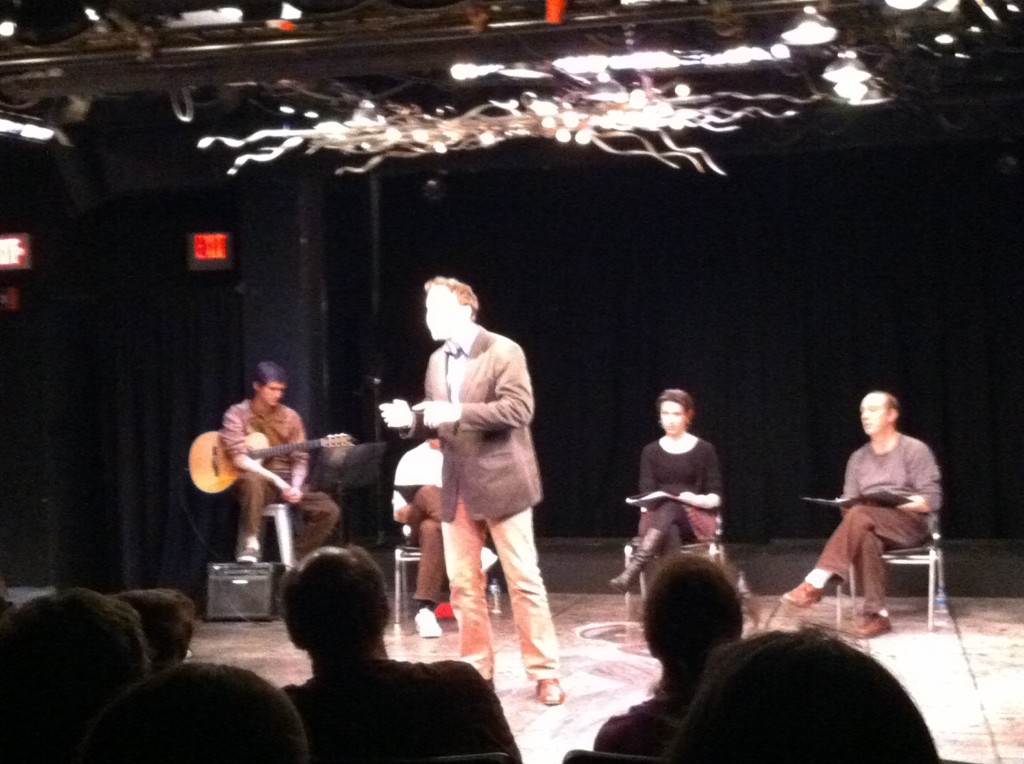 Bill is an accomplished Shakespearean and currently the musical director at the Globe Theater in London. I’ve known him for a very long time since we used to participate in the Weston Drama Workshop scene many years ago. One of Bill’s coolest projects was reading the entire Shakespeare cannon aloud, in public, around the world, last year. In the show this evening, he has three of his colleagues from the Actor’s Shakespeare Project reading pieces from the Bard’s plays, and another fellow demonstrating some of the harmonic principles he elaborates upon, and adding a nice musical accompaniment to parts. Well done!

This presentation has been evolving for many years, I saw Online Poker it first five or so years ago at Shakespeare and Co. in Lennox MA. The premise is that Shakespeare’s world was aural – an auditory focus rather than visual – and his plays refer to timeless wisdom captured in the mathematics of the Elizabethan age. Ultimately the music of the spheres was a dominant theory, that the harmony of the universe was essentially aural, we just couldn’t hear it.

It was a great crowd who loved nerding out on Shakespeare, geometry and audio physics. And Bill is still as entertaining as ever! Great catching up with the crew at Saloon afterwards. It’s not every evening you really explore the meaning of life, how art fits in all lifestyles, and what eclipses, start-ups and the stage have in common. Thanks Bill!