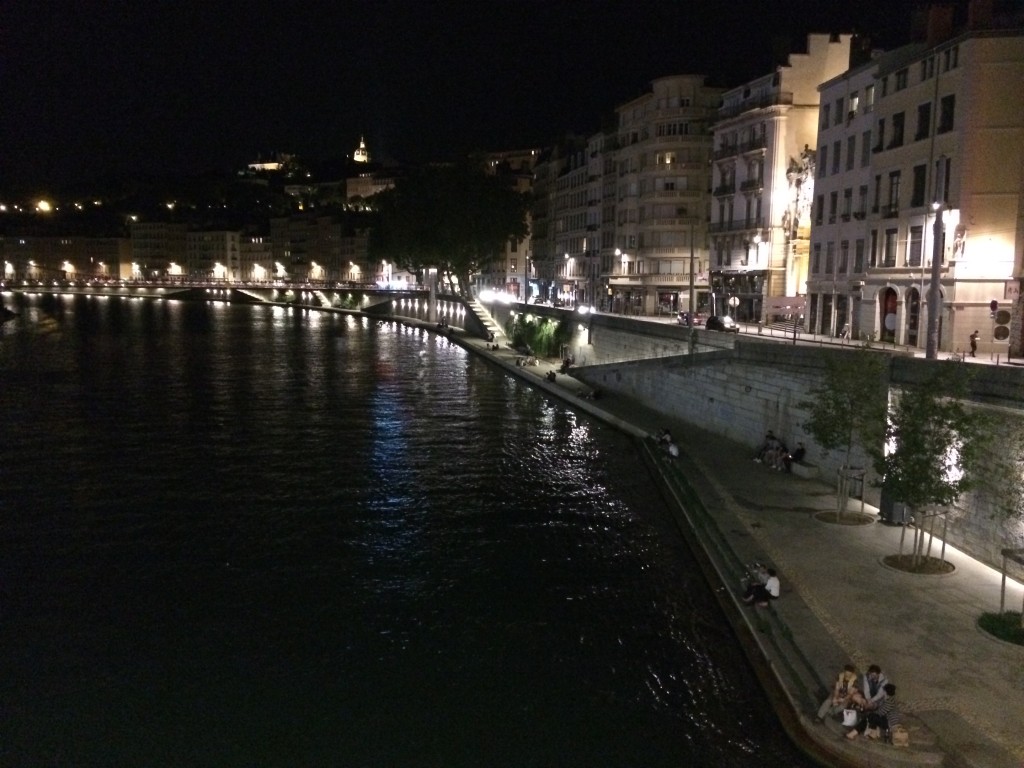 This is fundamentally the impression I had from Lyon: people enjoying the night out, socializing casually along the riverbank, appreciating the real place-ness of the setting. I felt like people here were happy – pleased with their town, the way they could interact with it, the way it presents itself to others. It had poise but didn’t seem to have the strain of being the capital or some kind of hot-shot. Also, it seemed not to have anything to prove and was “open” or smiling somehow. It was massively French, modern, and hip, but full of history and gravitas at the same time. Like a manageable London. Or a manageable Paris but I haven’t been there in years. It came across as a City I’d like to live in. I’m sure there’s more to learn about it, but generally, I was impressed.

Prior to the adventure, I took a screenshot of a map of the town for when I would arrive and be off-line again. 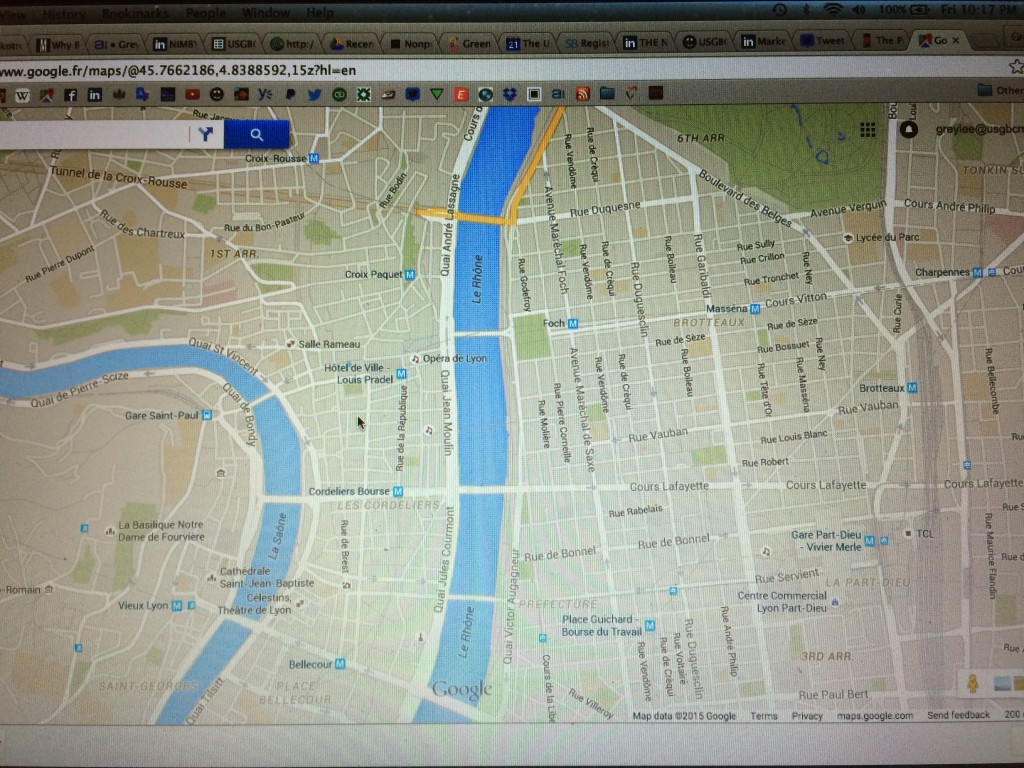 I have more of the photos I took on my stroll through the evening of Lyon.

I walked from my hotel at the train station west to the main river. Along below the embankments are countless restaurants and bars…and people picnicking with baguettes & bottles of wine – it looked like a fine way to spend a Friday night. Notice the Moon too! 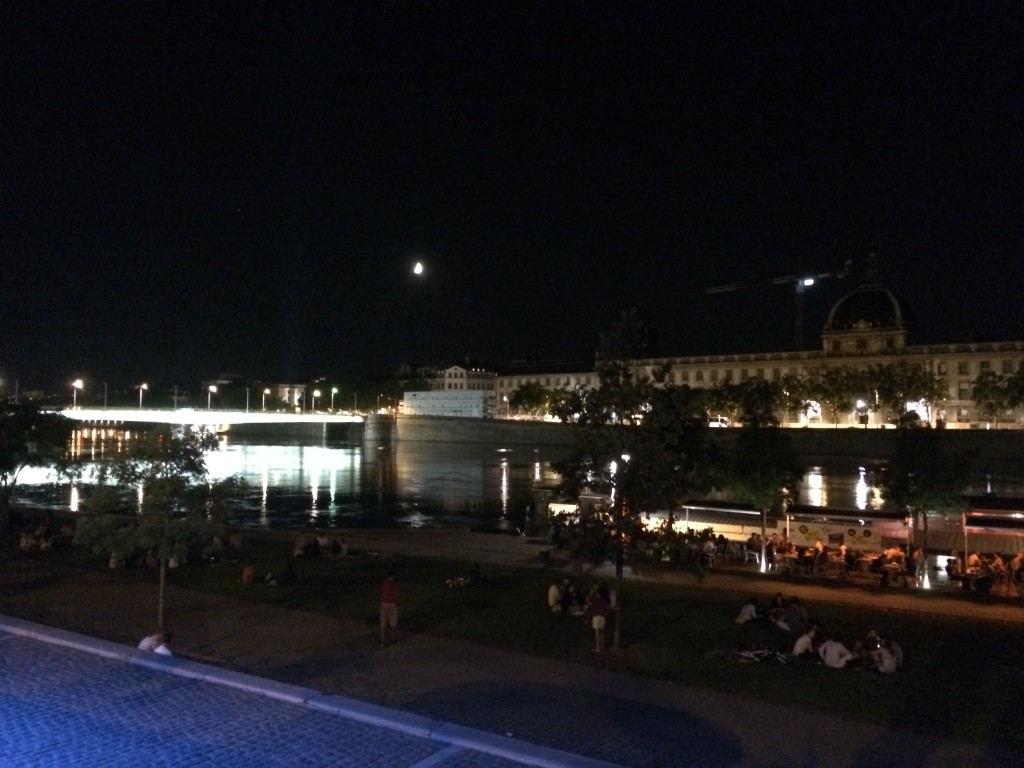 Look at this river! The Rhone! 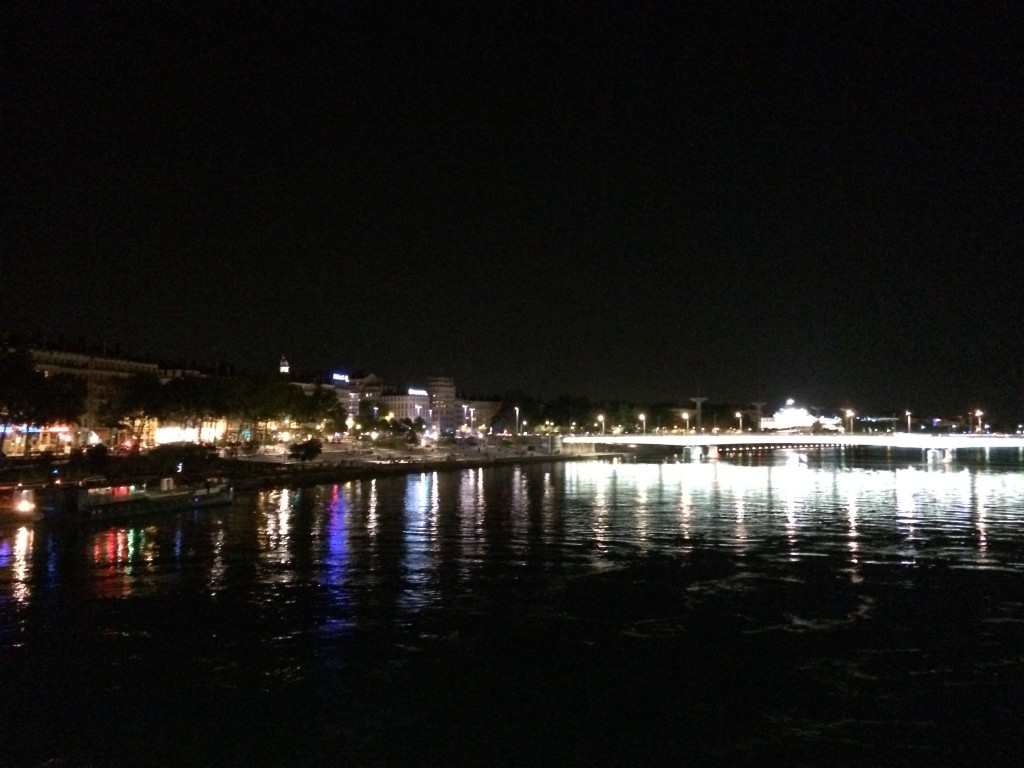 I made my way across town and took a lot of pictures (in another entry), and found a nice HUGE piazza with regular massive statues and the view of the hill on the other side of the Saone – which of course I had to hike up. Which is another story! 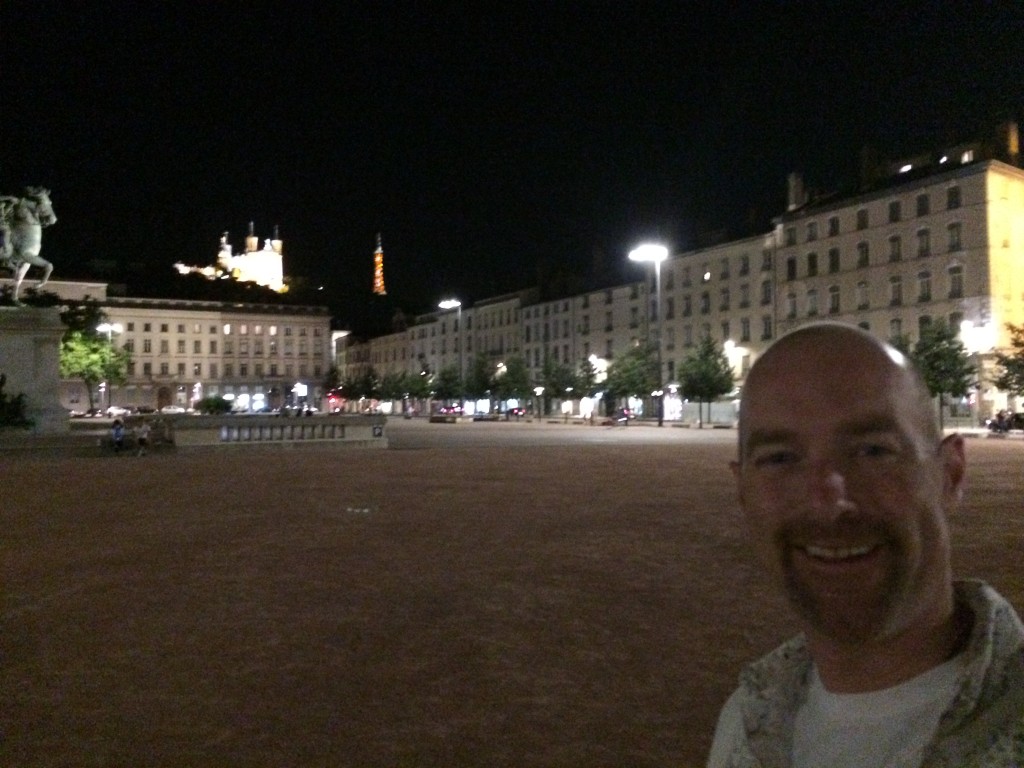 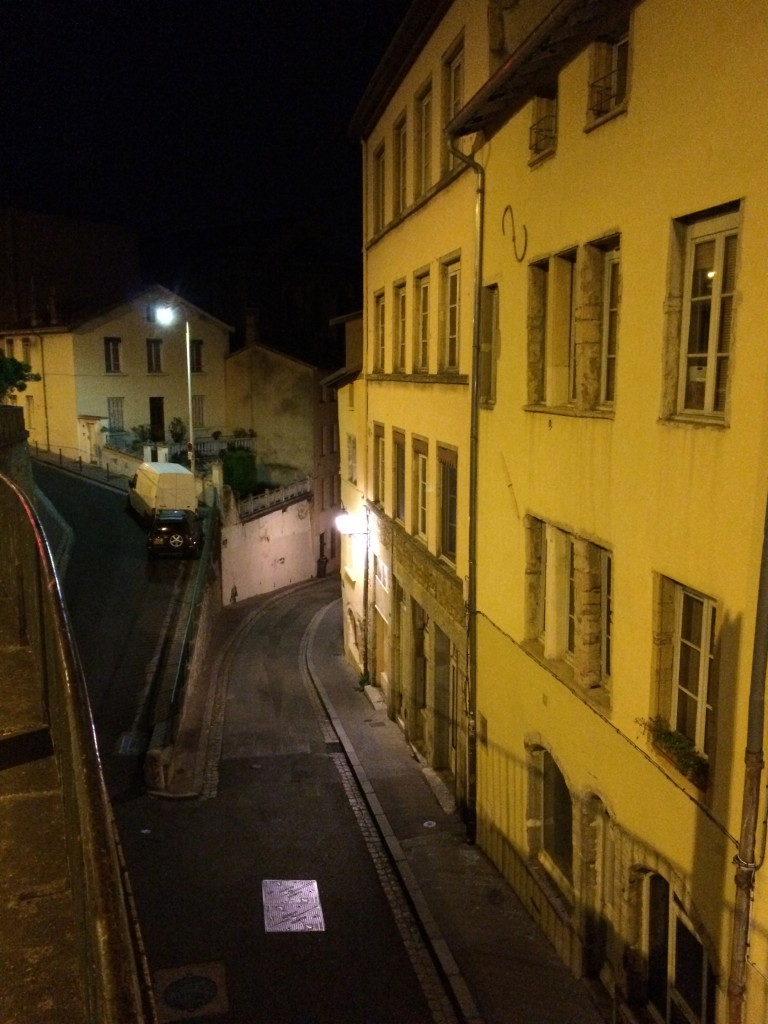 And some nice maps to remind you about the Roman Amphitheaters…oh – which explained why I was listening to opera the whole time – fresh air art, get your fresh air art right here! 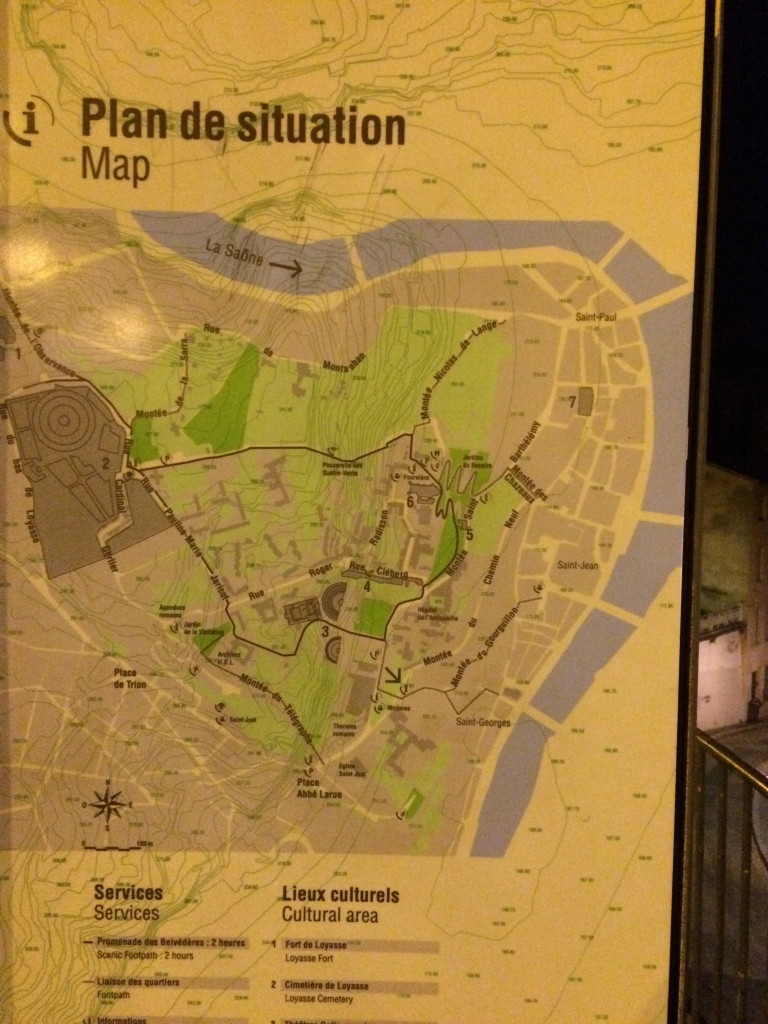 I did make it to the top to the Cathedral or whatever it was. And the mini-Eiffel Tower, if you noticed… 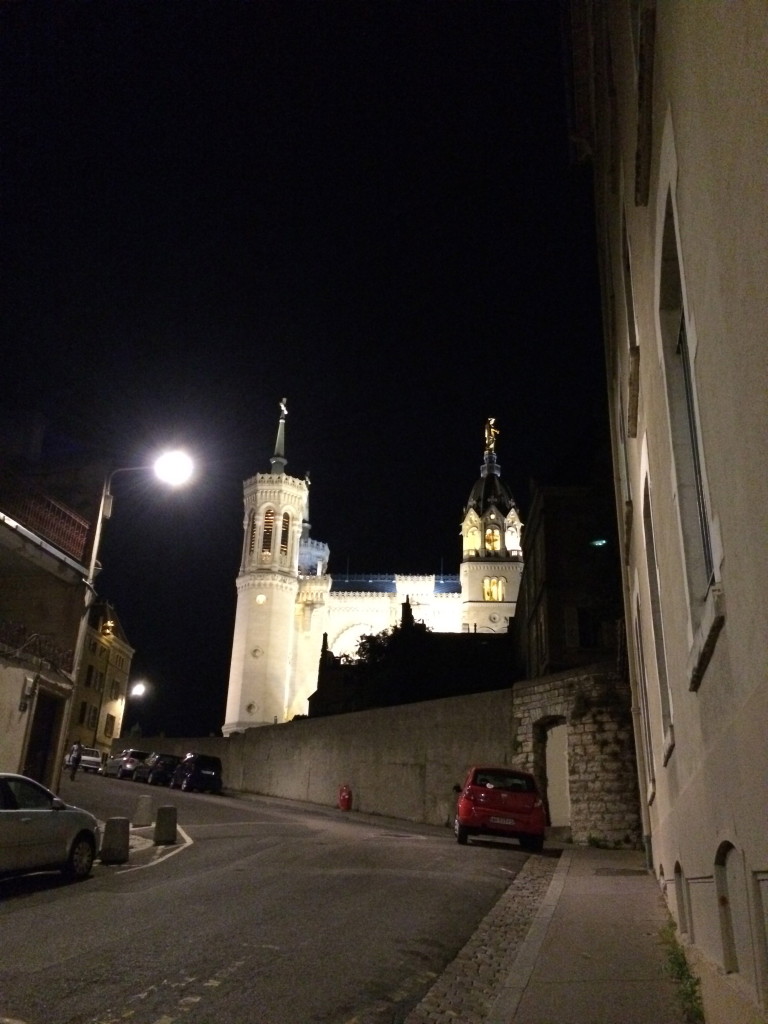 Back under the hill again, I found another hip neighborhood with plenty of people out and about. 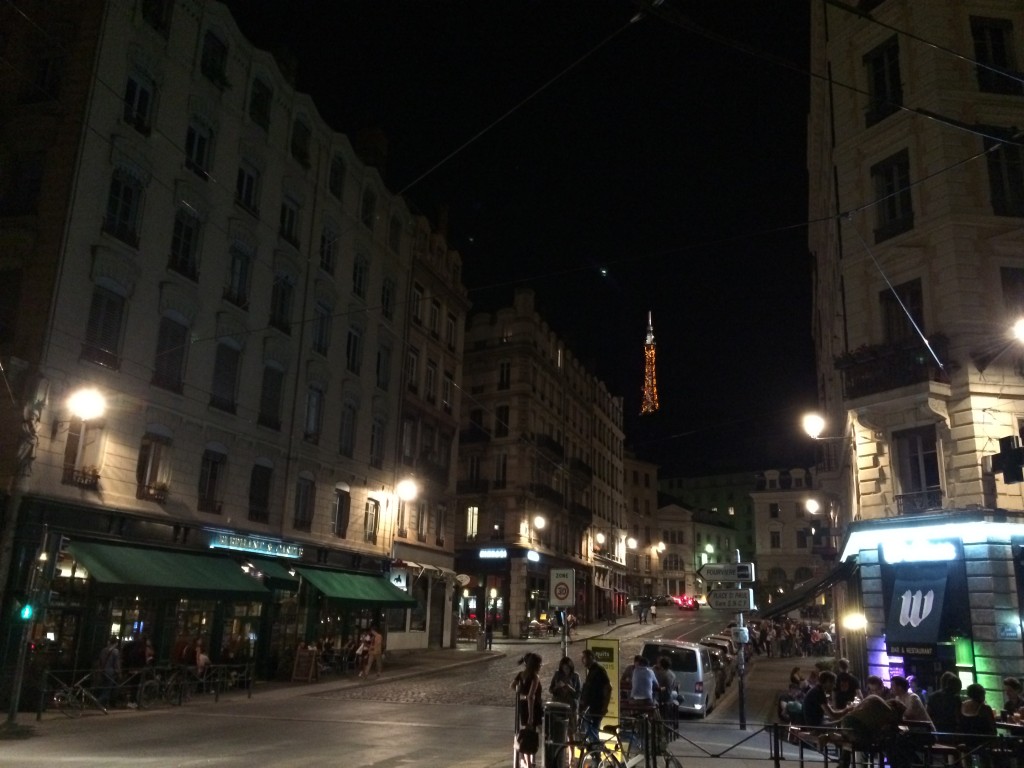 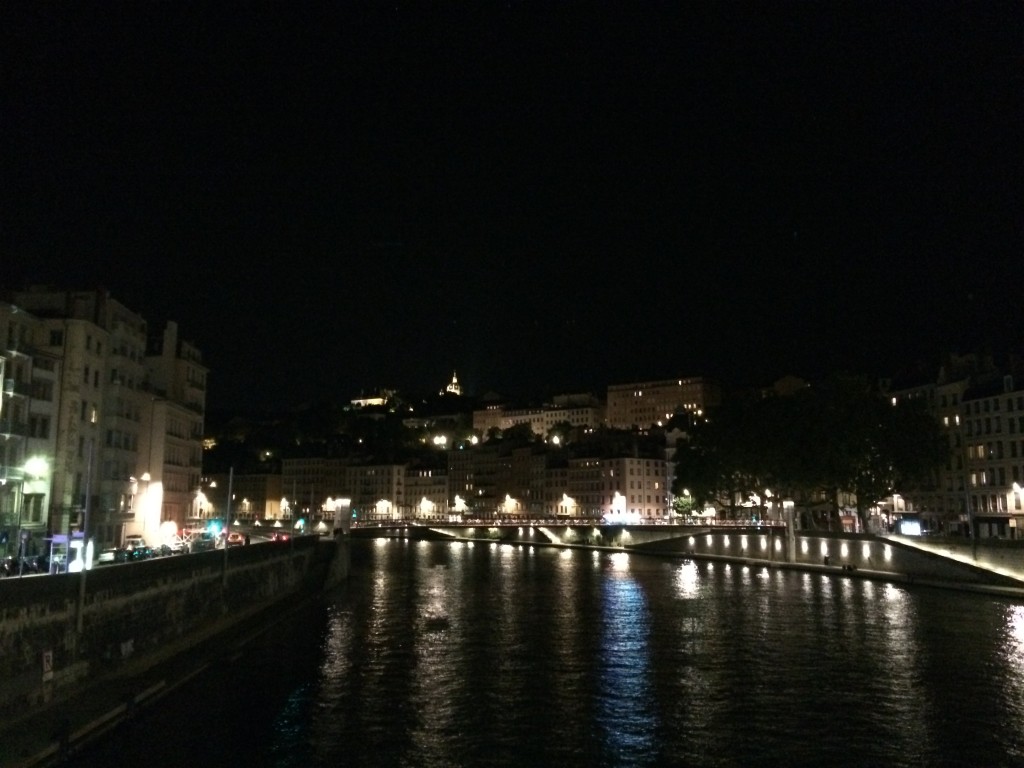 And here is the coat of arms on the flag of Lyon. I might need to get some apparel or at least a sticker for my car! Love this once-and-future Lyon! 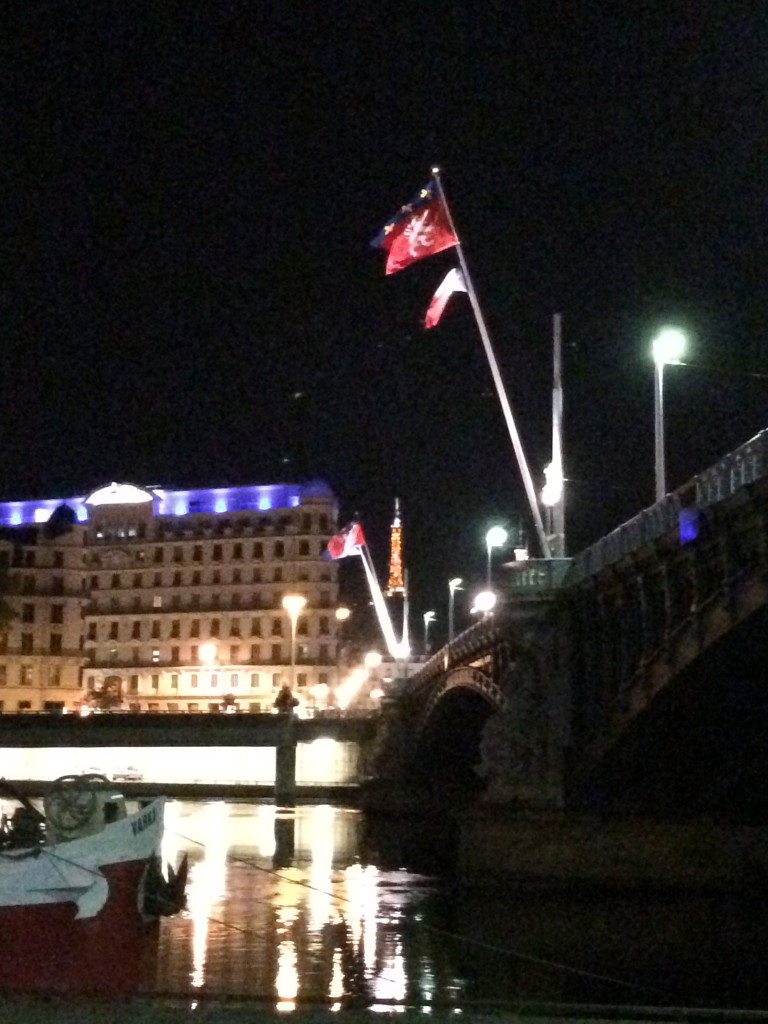