There was so much to see, even at night:

While in Lyon, I found the loneliest apartment in France. 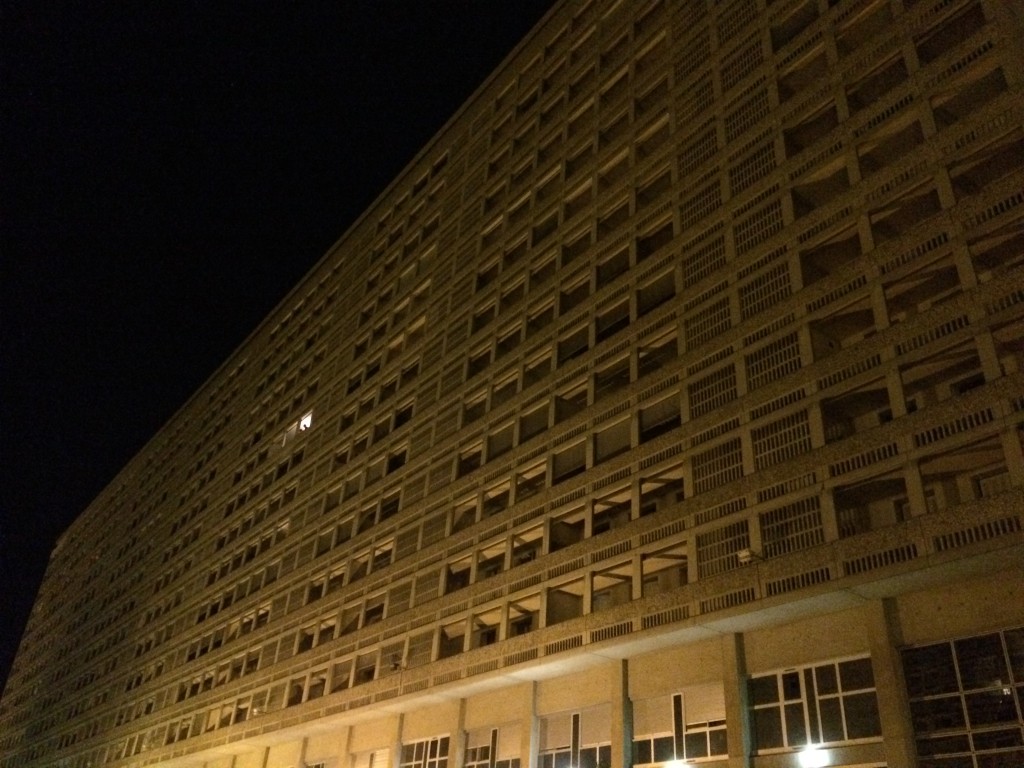 A lot of different kinds of buildings. 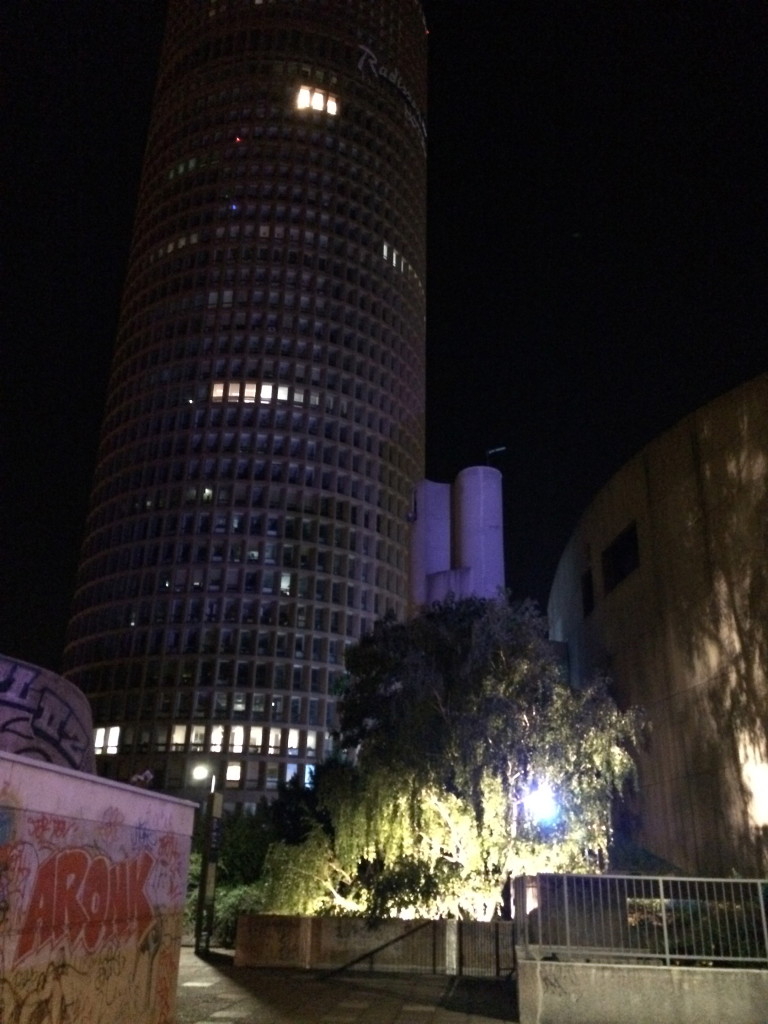 Not sure but it is pretty imposing: 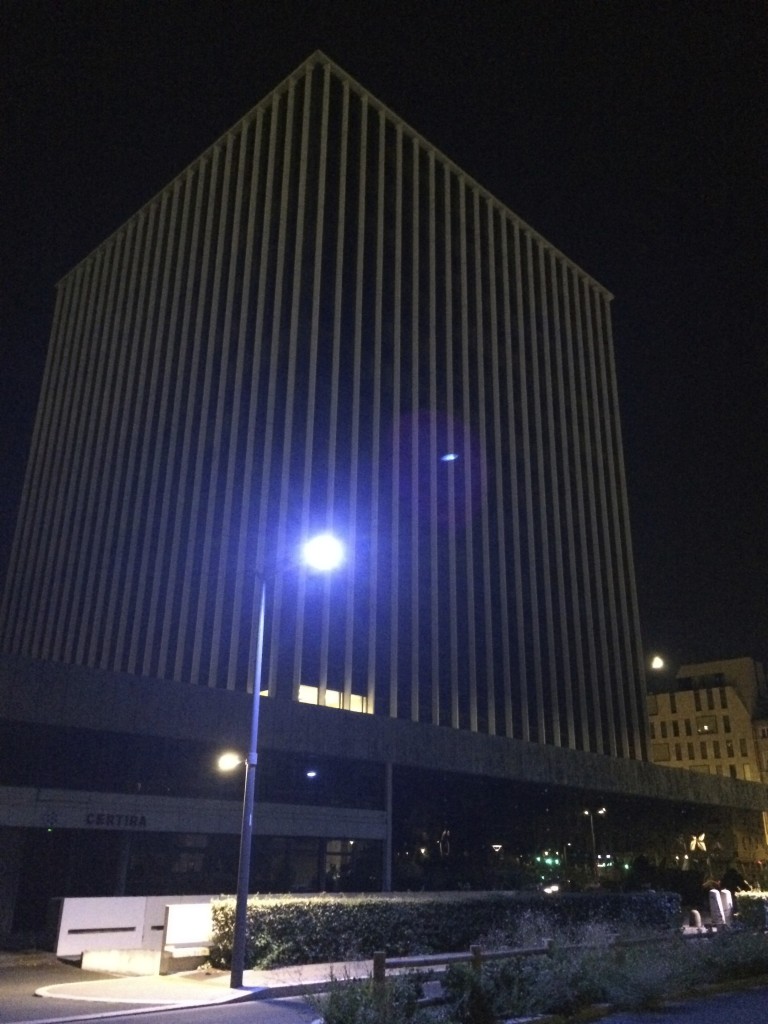 This bridge had a lot of dead wood up against the buttress – stuff having come out of the Massif Central I believe, flowing down the Saone. 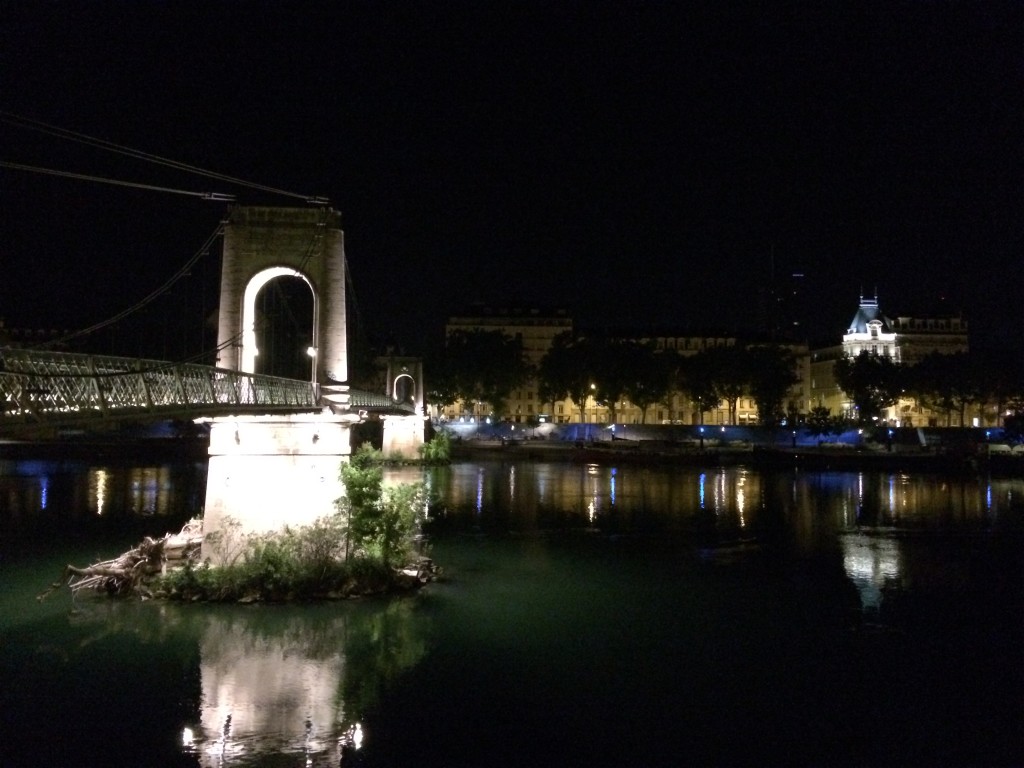 And I liked being on the bridge, too. 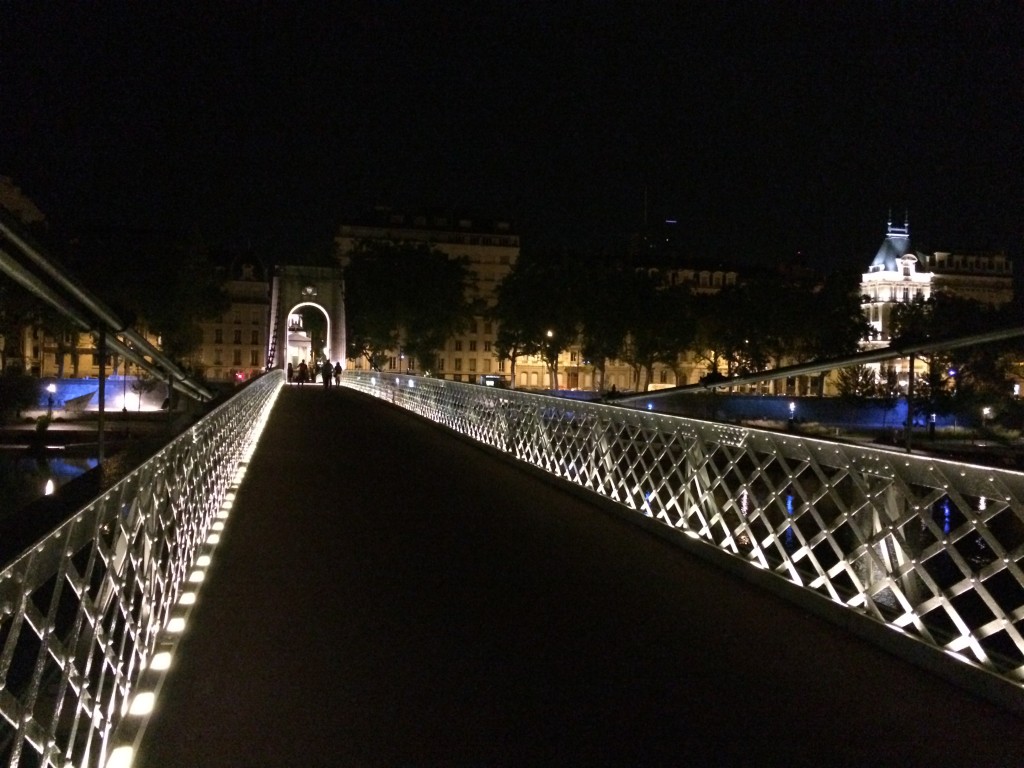 You are looking at the municipal library: 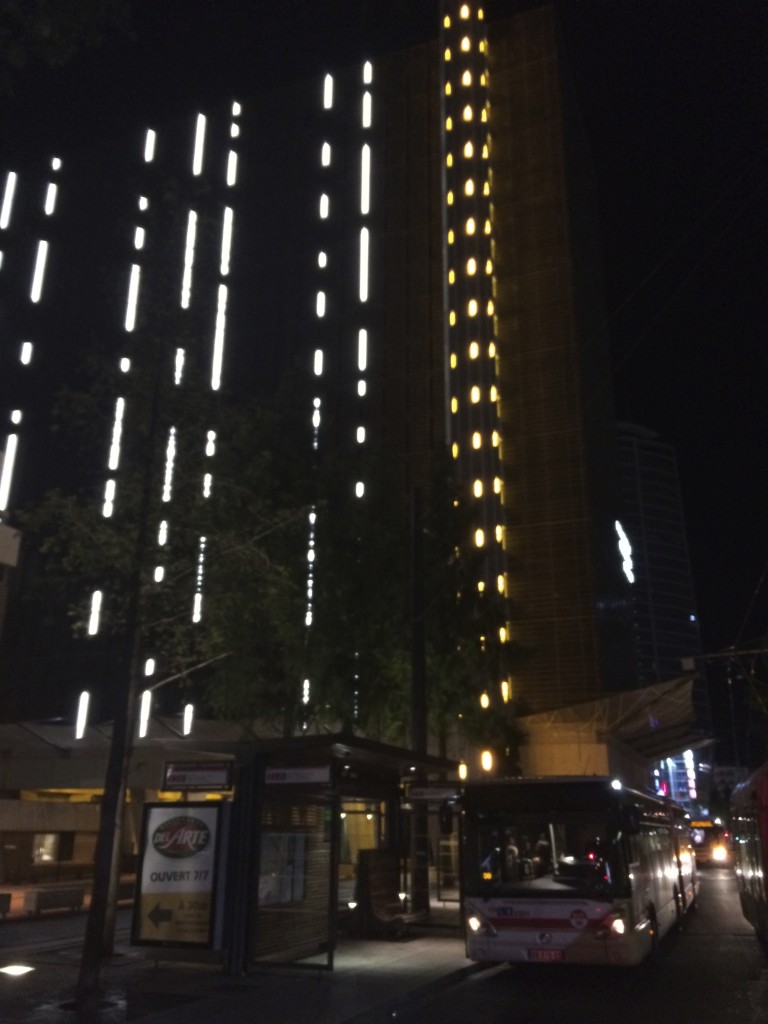 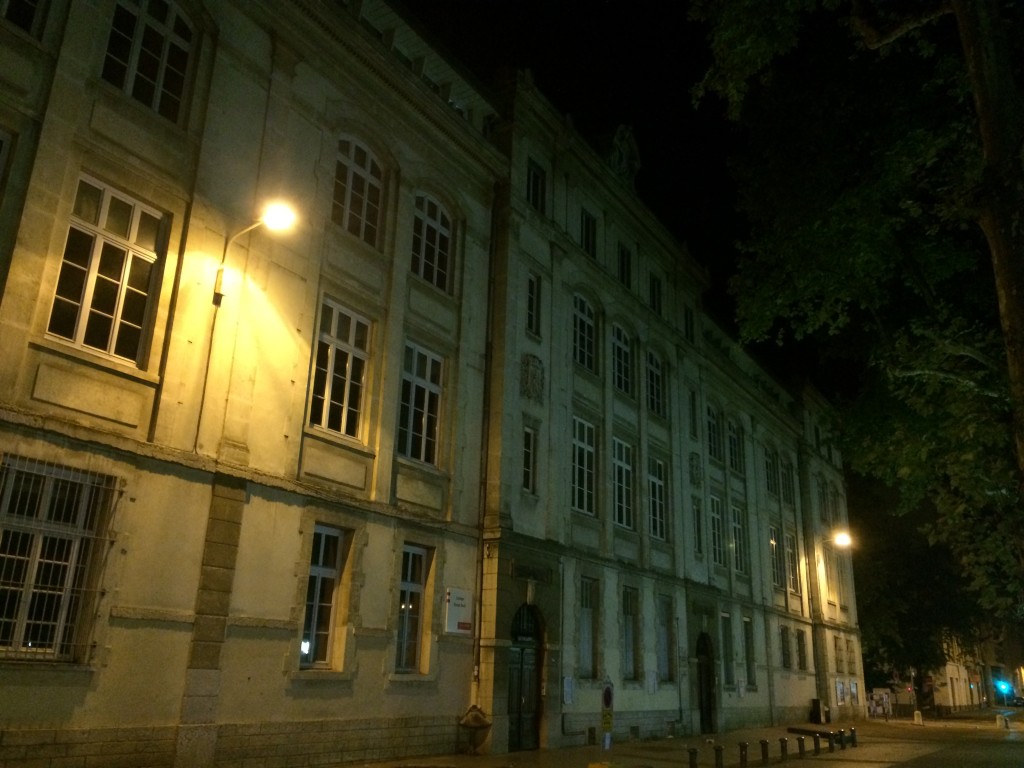 Which looked over and onto this Metro station which was like a bunker in the middle of this old park. Quite cool. 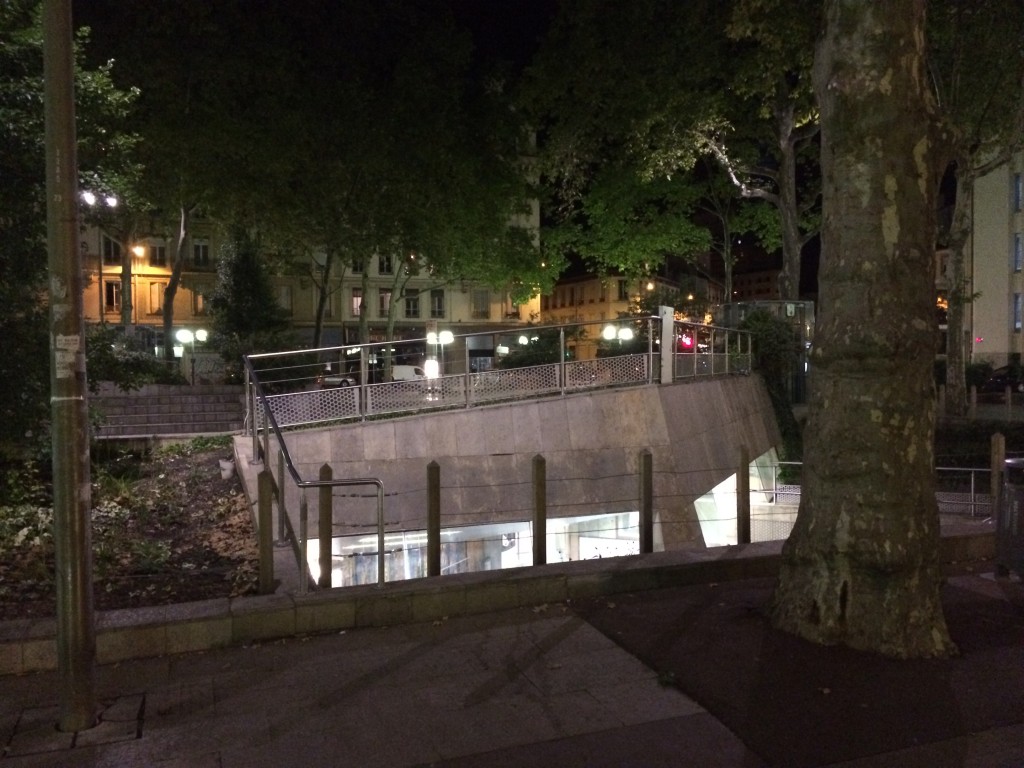 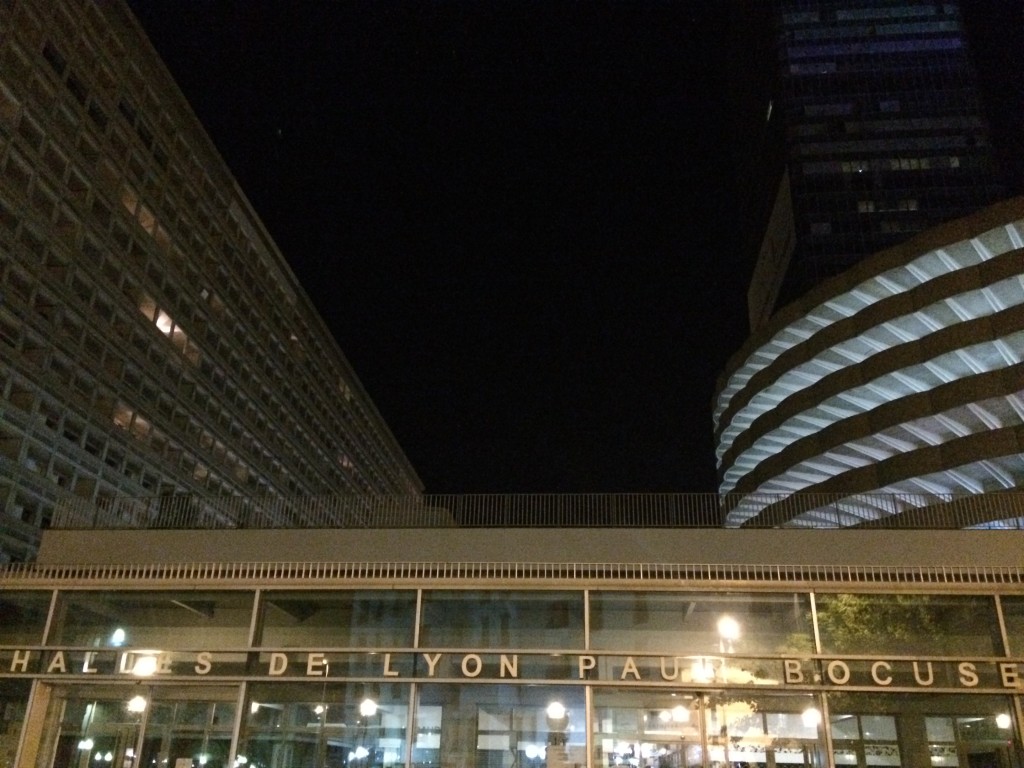 And in the middle of the shopping district, a little water feature: 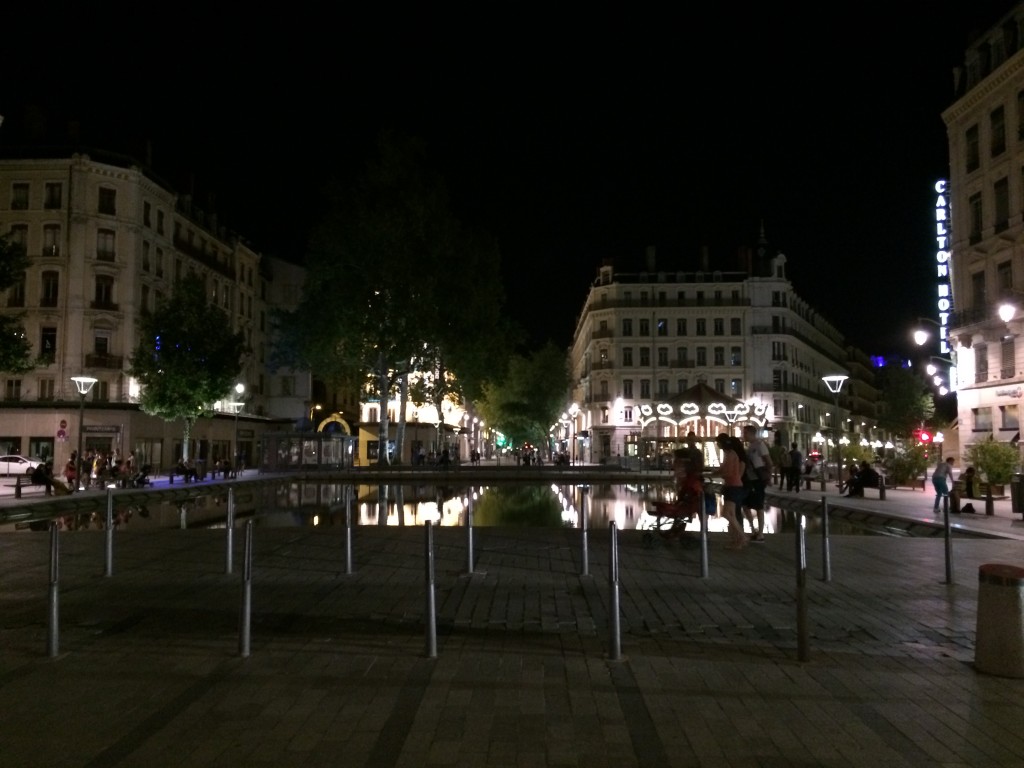 And in the morning, lots of light: 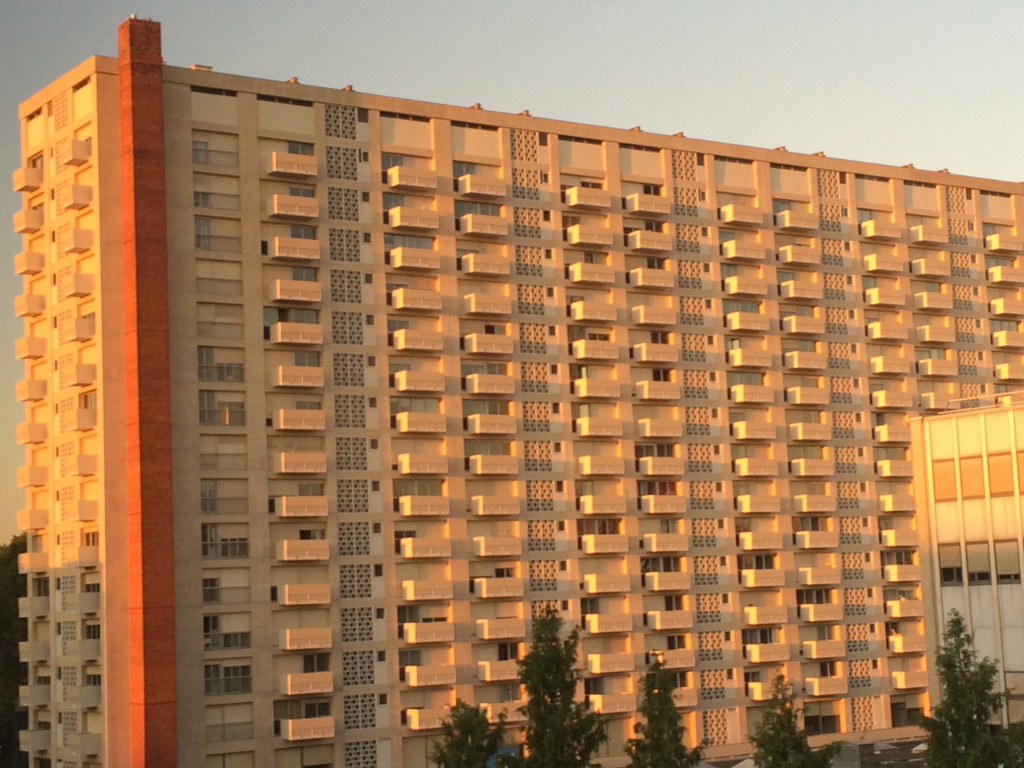