I love Burning Man. It is such an amazing experience. Gathering so many on such a shared adventure. So collaborative. Everyone trying to add and complement the whole.

I love the art. I don’t do much about art in my day to day. And theater. Theatrics. It’s like everyone is on the stage. And post-apocalyptic. It’s like, the ATMs ain’t workin’, so we may as well just drink until the bombs fall…well…it’s not that dystopian but there is a “whatevah” feel. A “This Is The End” feel. Like: don’t worry, be happy. Don’t worry about trying, just be. Be here now. I like that.

So, going there, with someone who hadn’t ever been before, was like going into the beautiful unknown all over again. It was absolutely delightful!

Here is an album of the photos of Peter and I on our way from Trout Lake, Washington, to the Black Rock Desert in Nevada. Seriously great day on the road.

As dawn arrived, we made our way past Mt. Hood. 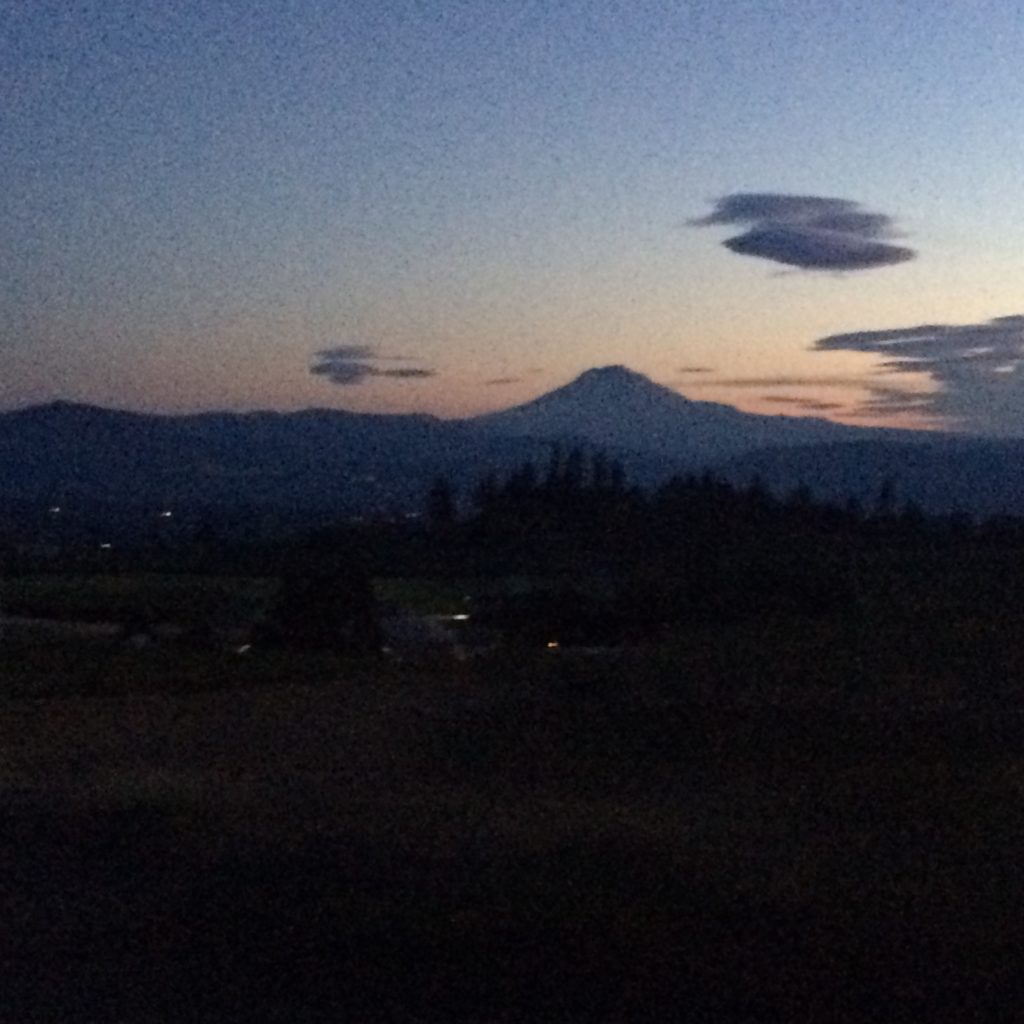 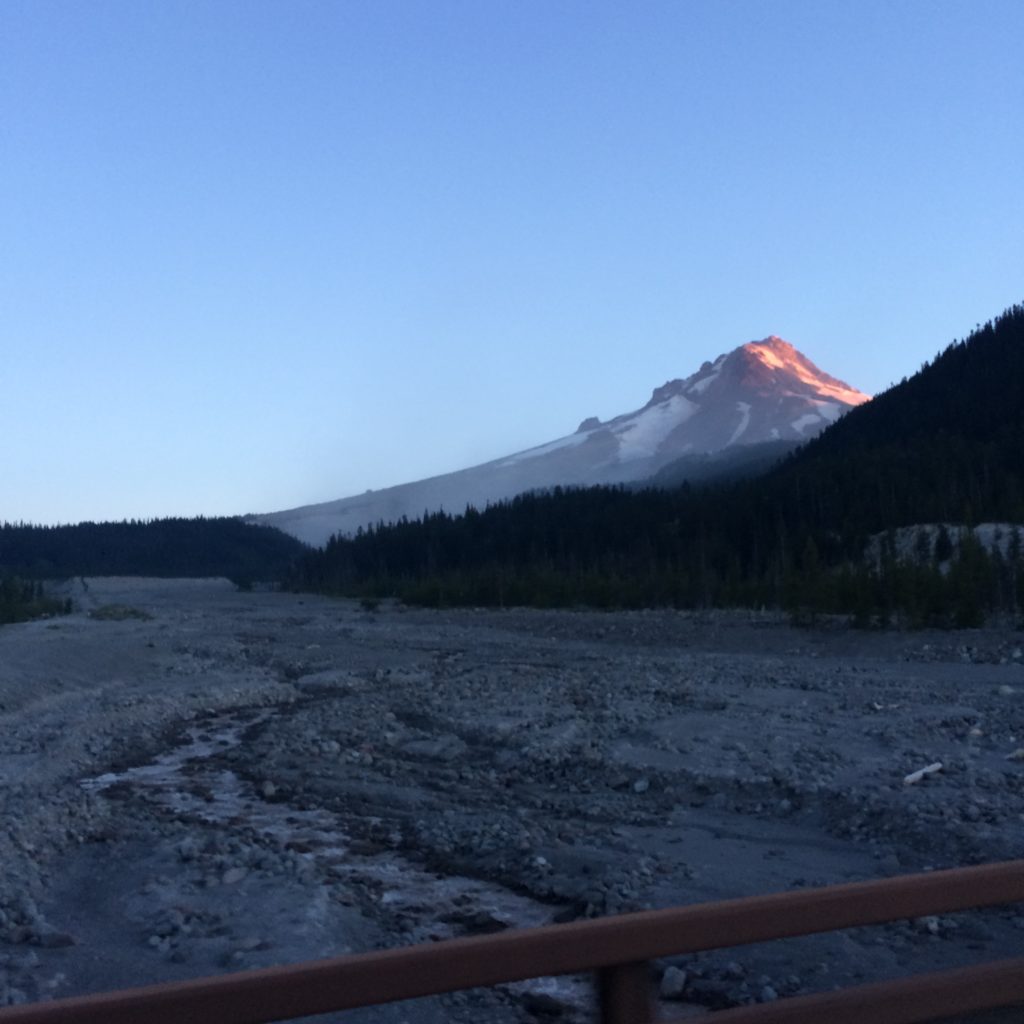 Dawn came and the landscape got dry as we descended the south flank of Hood. But the volcanoes of the Cascades continued to serve as milestones as we rocked down the highway. 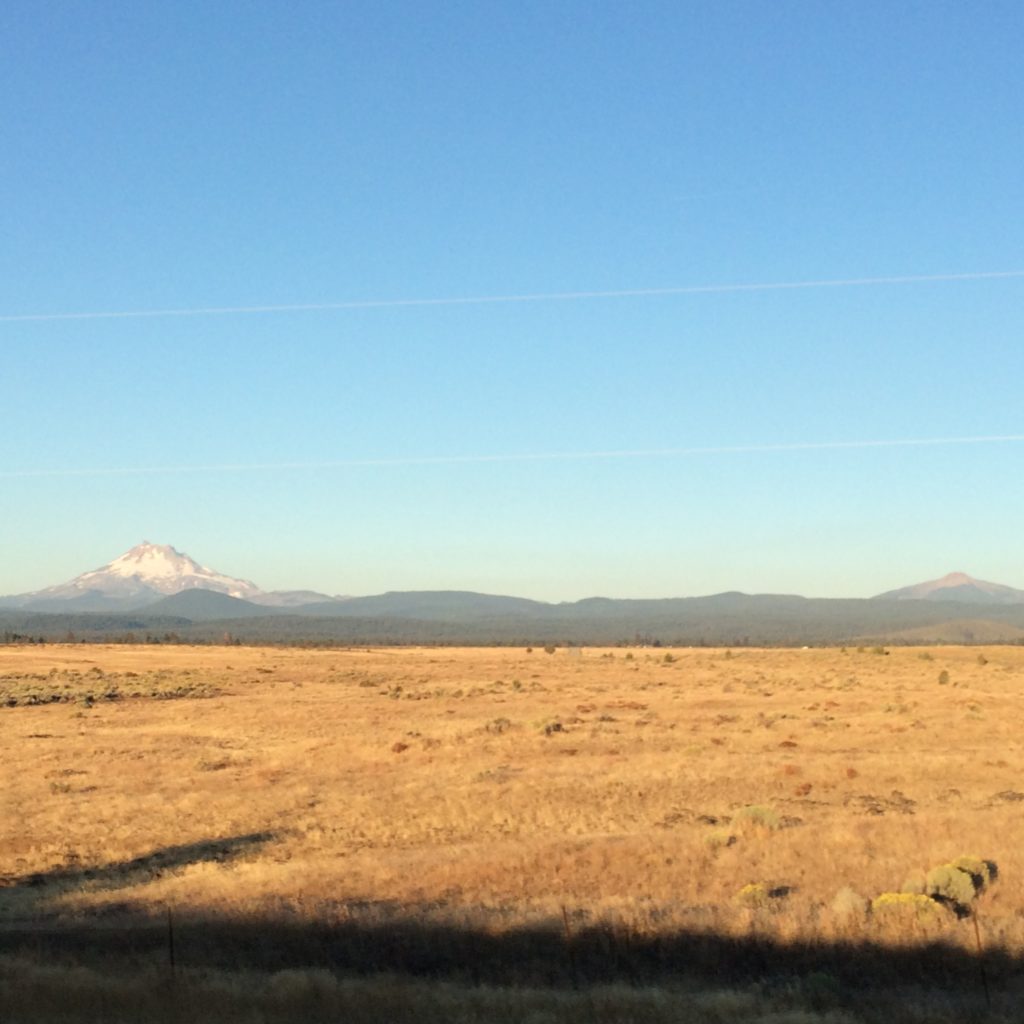 We made it over the Deschutes River. Beautiful area on Rt. 26 just north of Madras, OR. 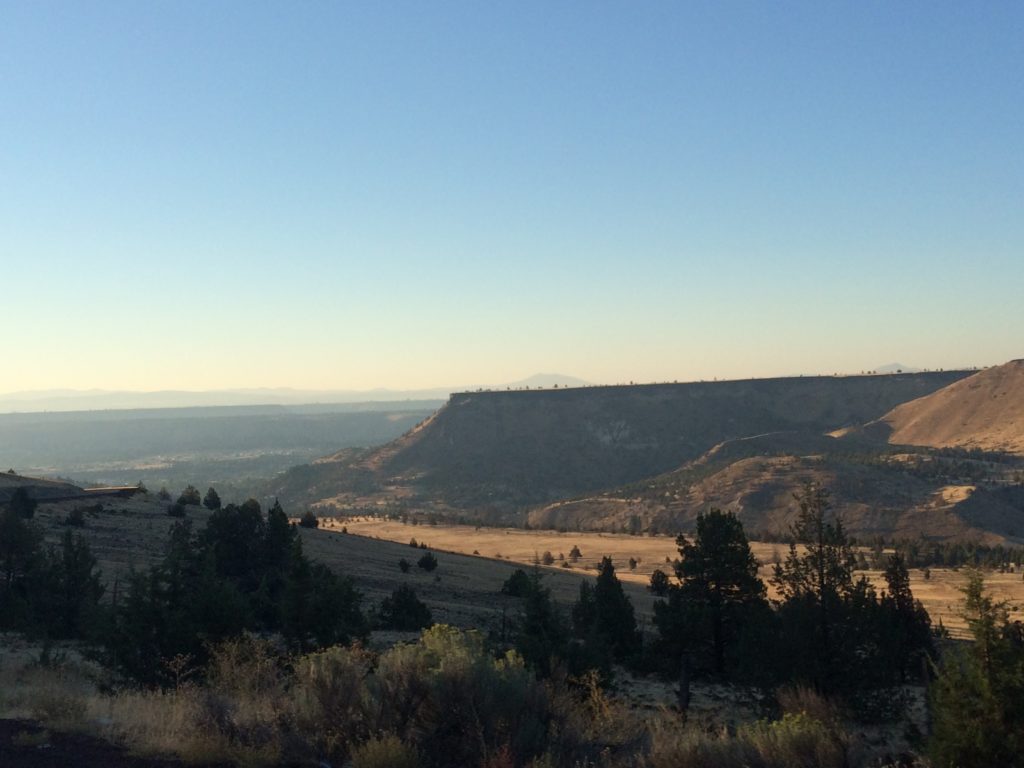 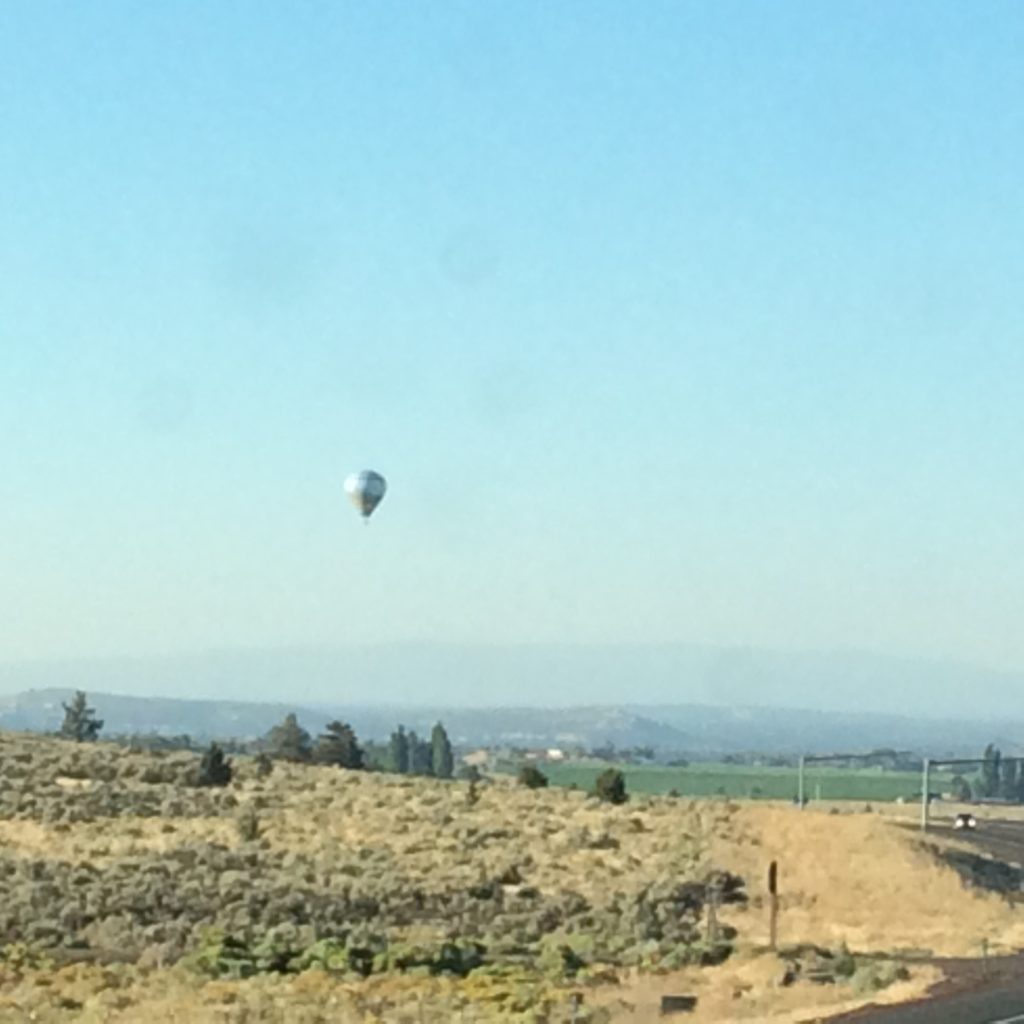 This was a little rest stop somewhere along Rt. 31 south of Bend, south of La Pine. I think it was at the junction of a road to Christmas Valley… 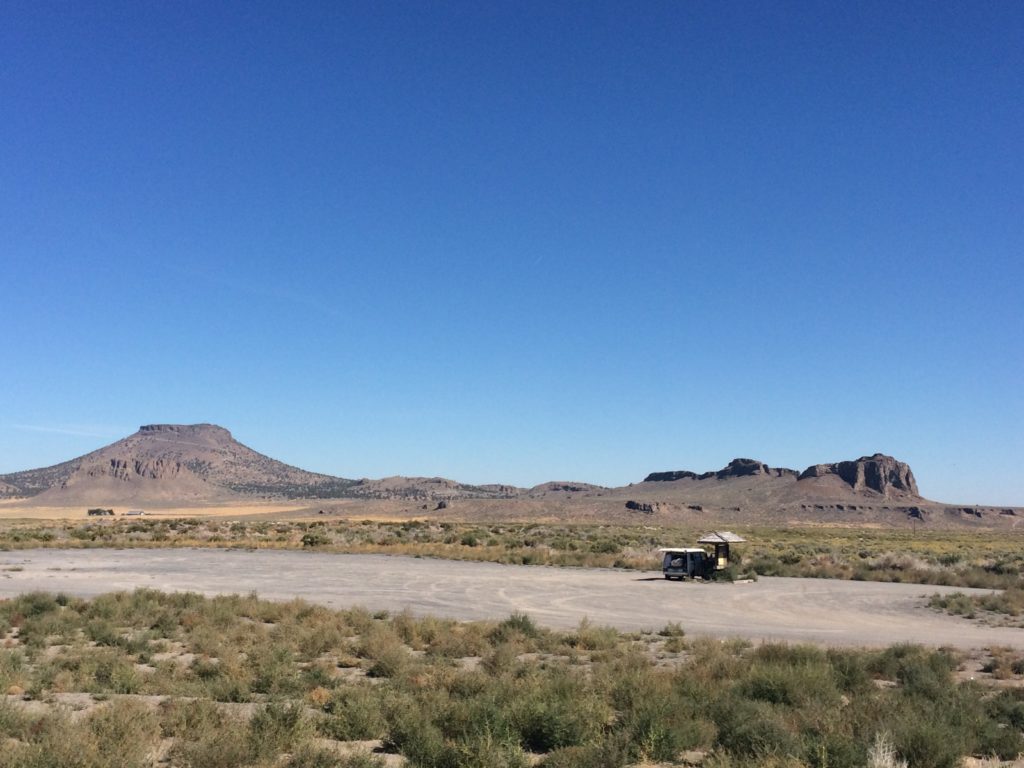 This is Summer Lake. Or Silver Lake. Lots of waterfowl. Pretty neat to see. Like an oasis. 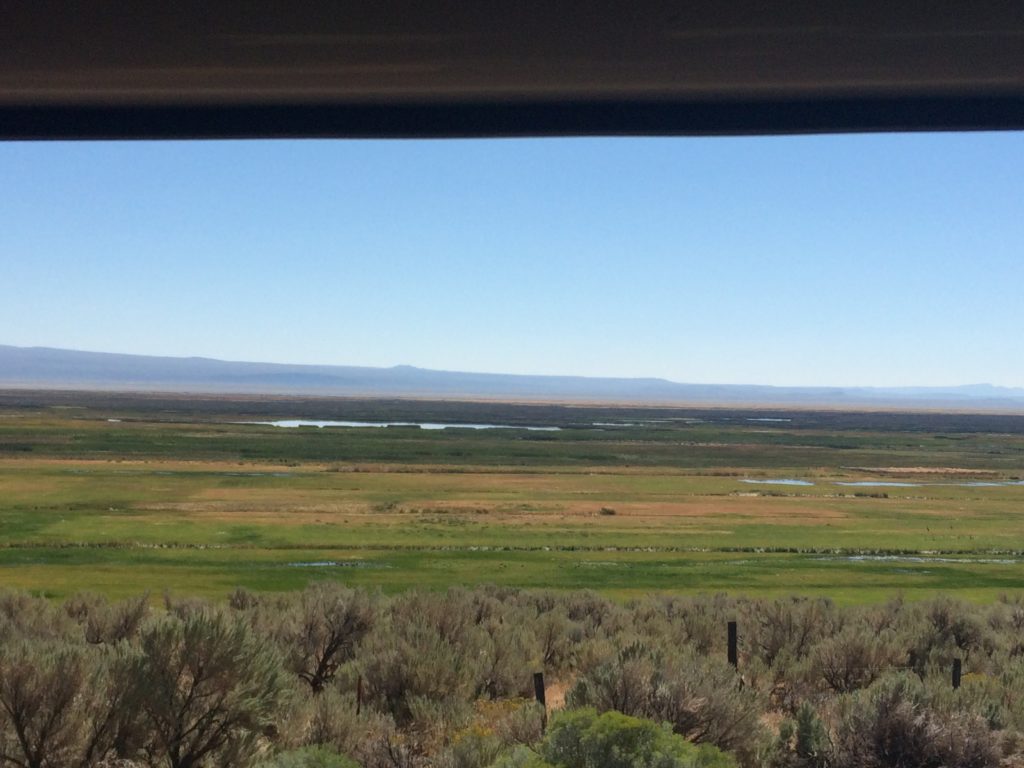 On the other side of the road were the hills. With cowboys! 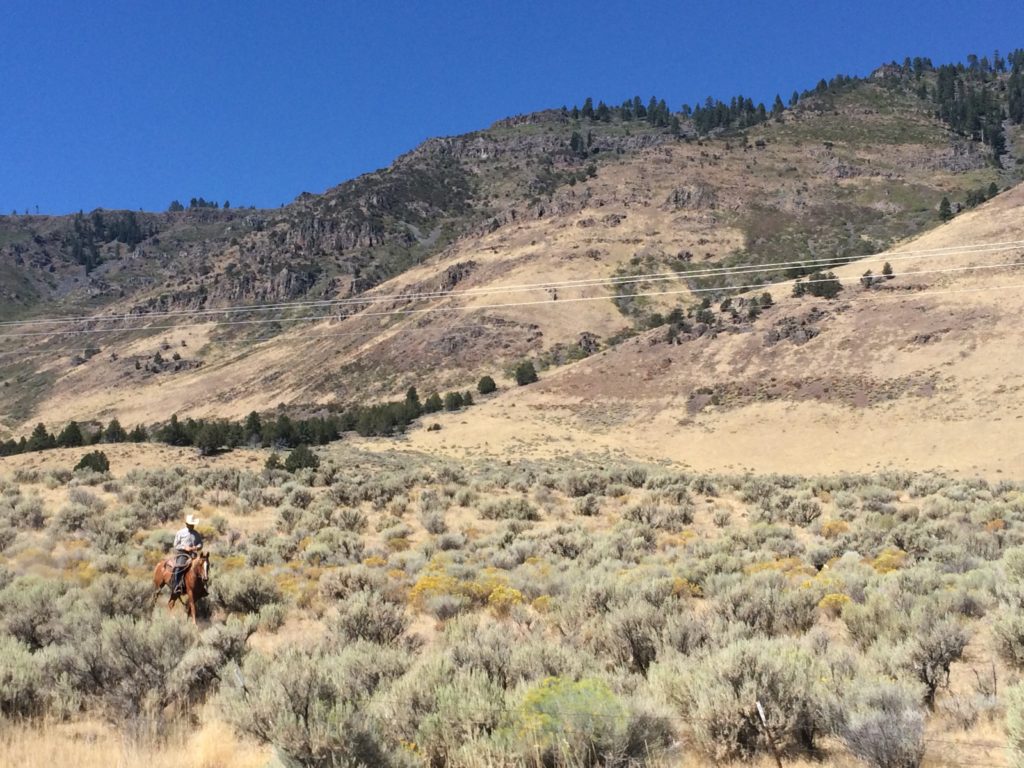 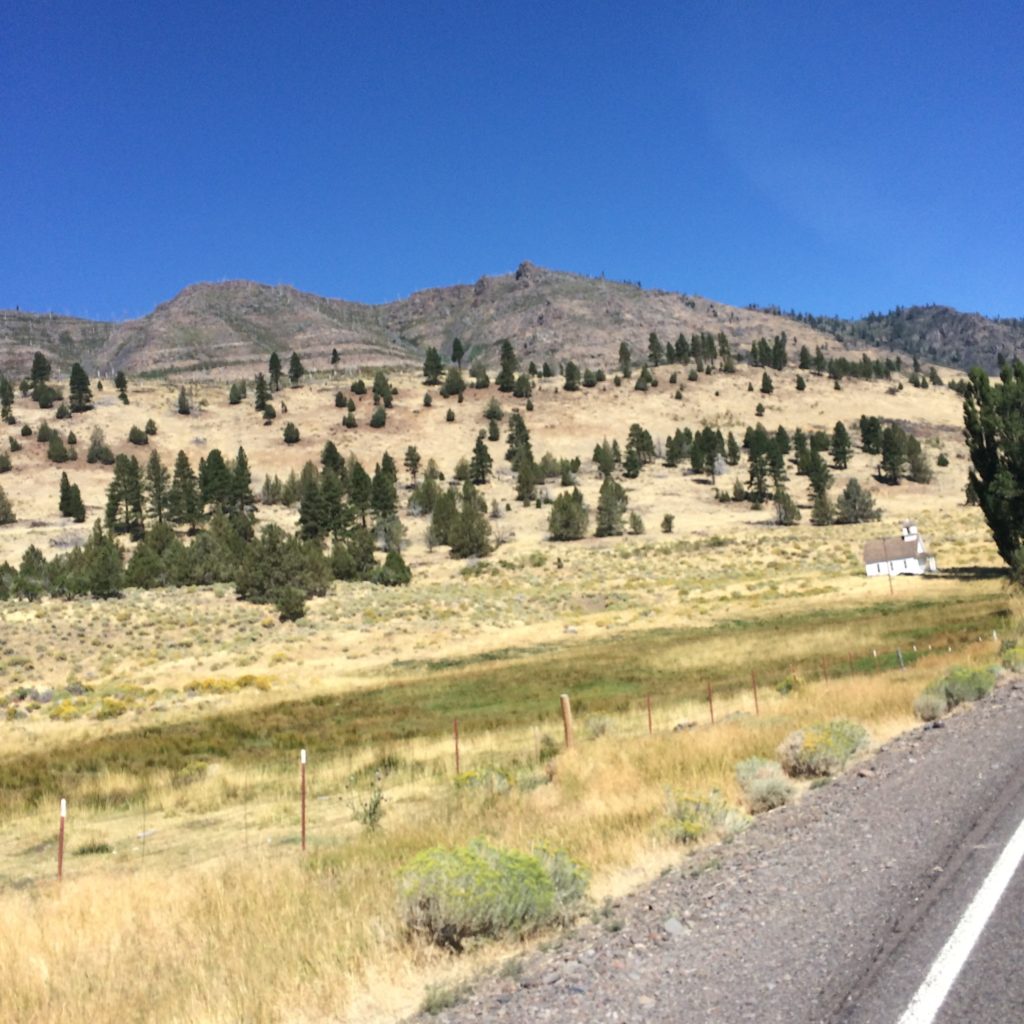 But we made it to our rendezvous in Lakeview. The Cleu Campers were out in force. As we came into town, I saw the At-One-Ment bus and was like Pete! Turn this thing around – follow that bus! Made it to the Safeway just like we had planned ;0) and got some ice and whipped butter (we had everything else – you know – eight cases of beer and a lot of granola…) It was great to see Gian and Yoko, and to meet some of our new comrades. There were other Burner parties also assembling. It was cool to feel the vibe. The Migration of RV’s and trucks with weird stuff on their trailers. We then rolled along to Cedarville for final petrol fill-ups. And onward! 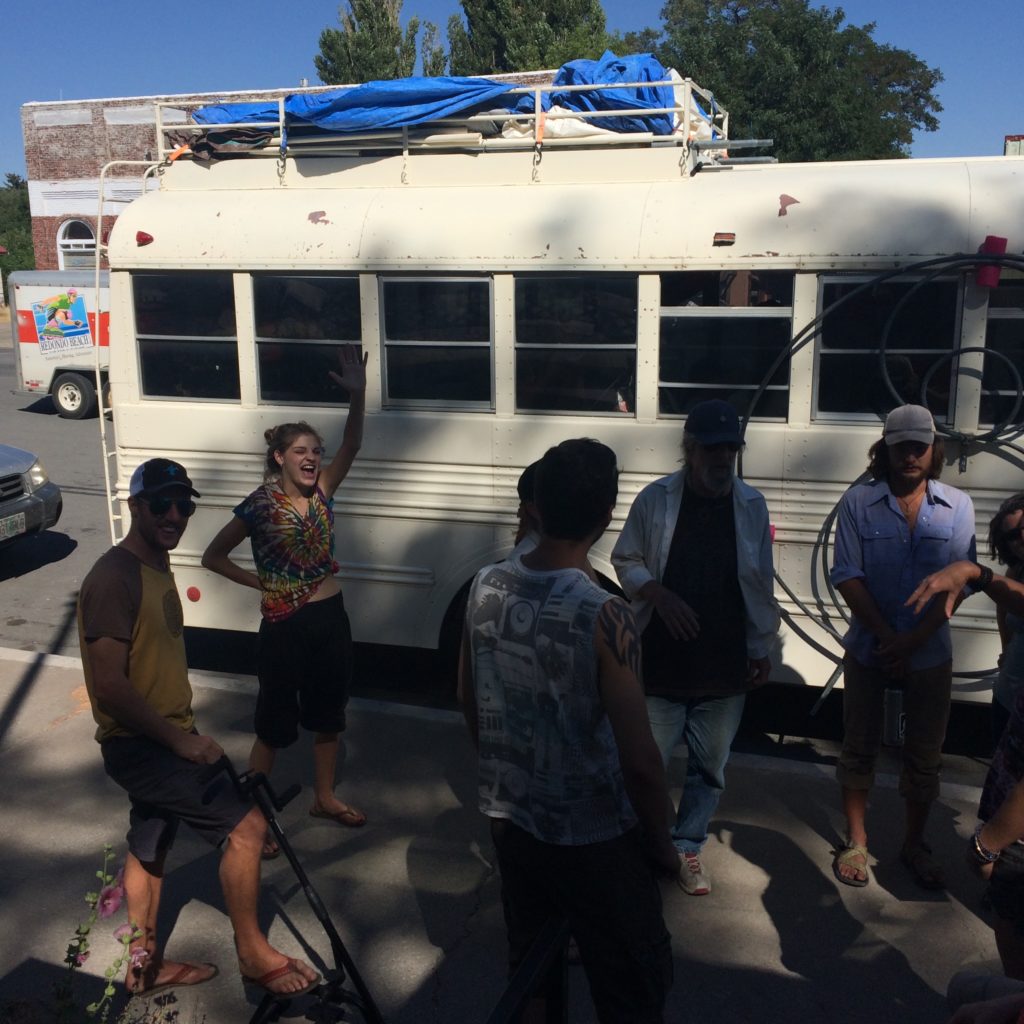 We are freaking PSYCHED! 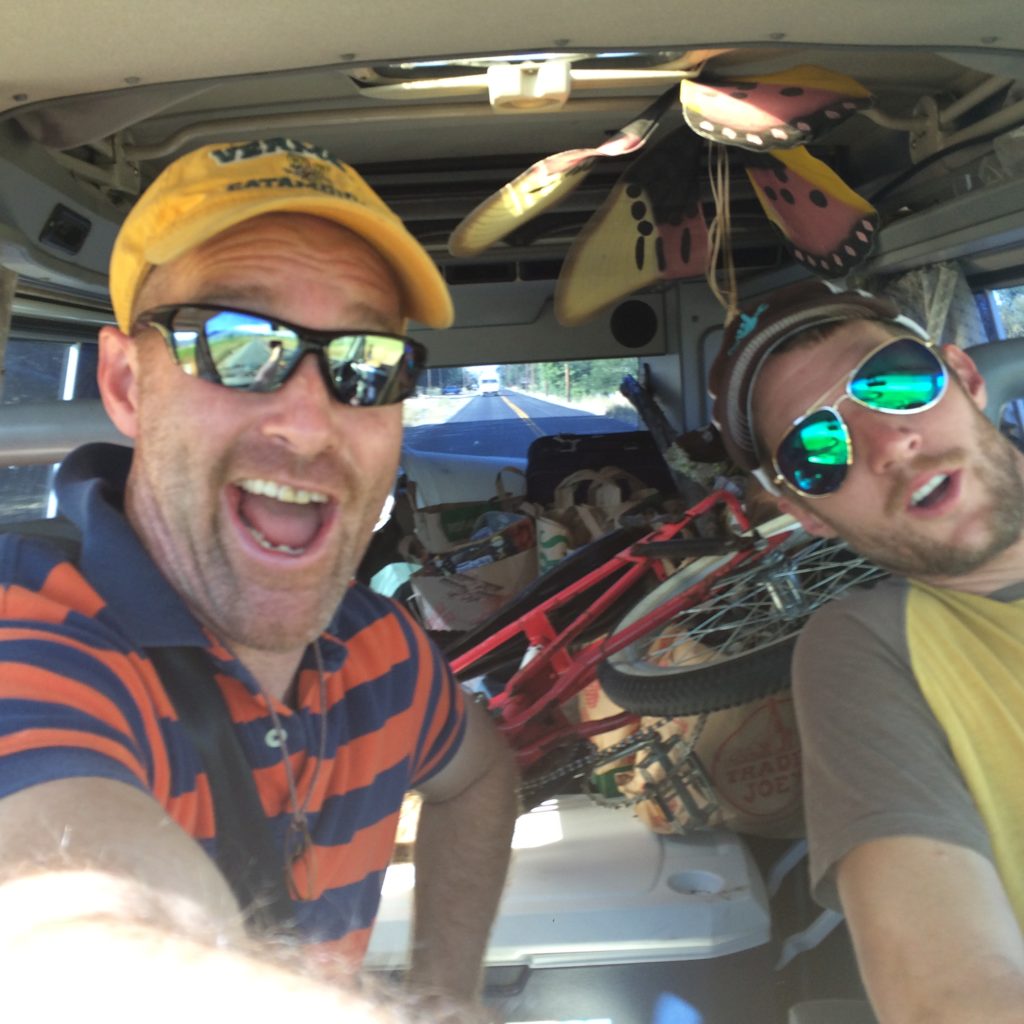 A few last pieces of “civilization” 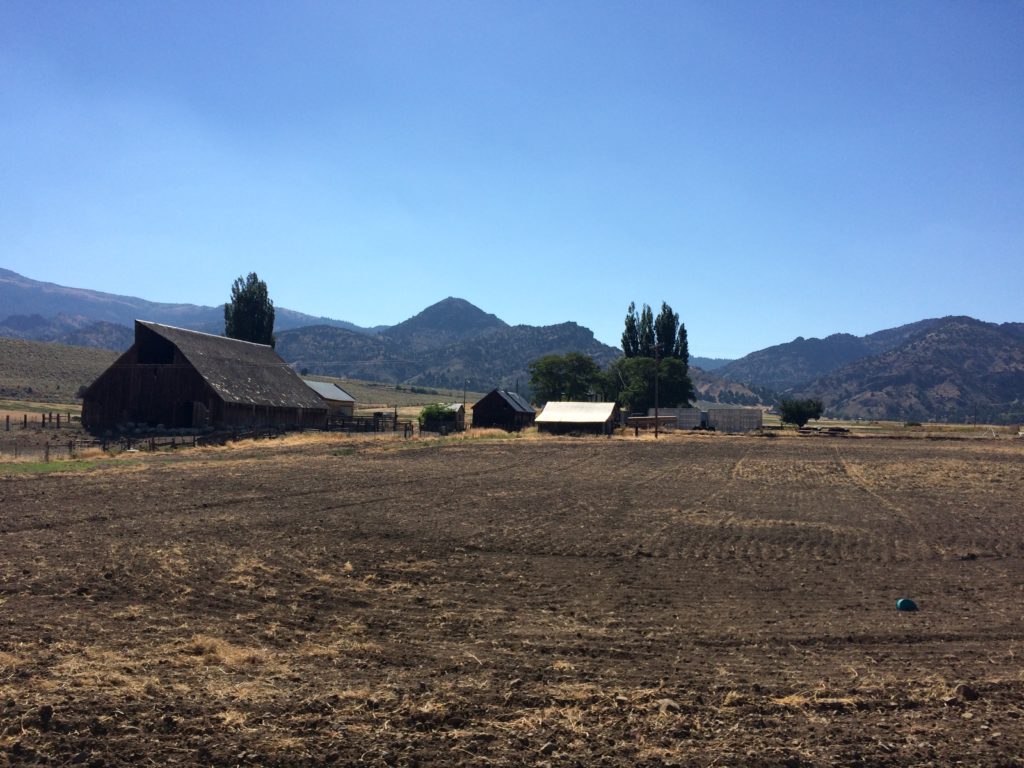 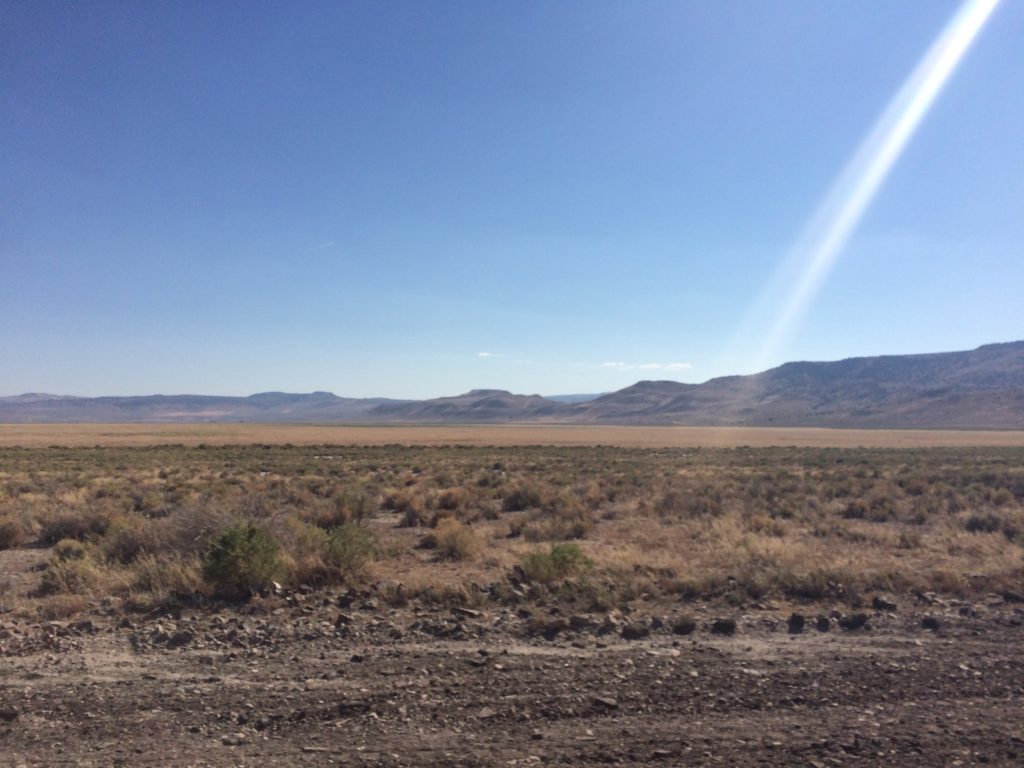 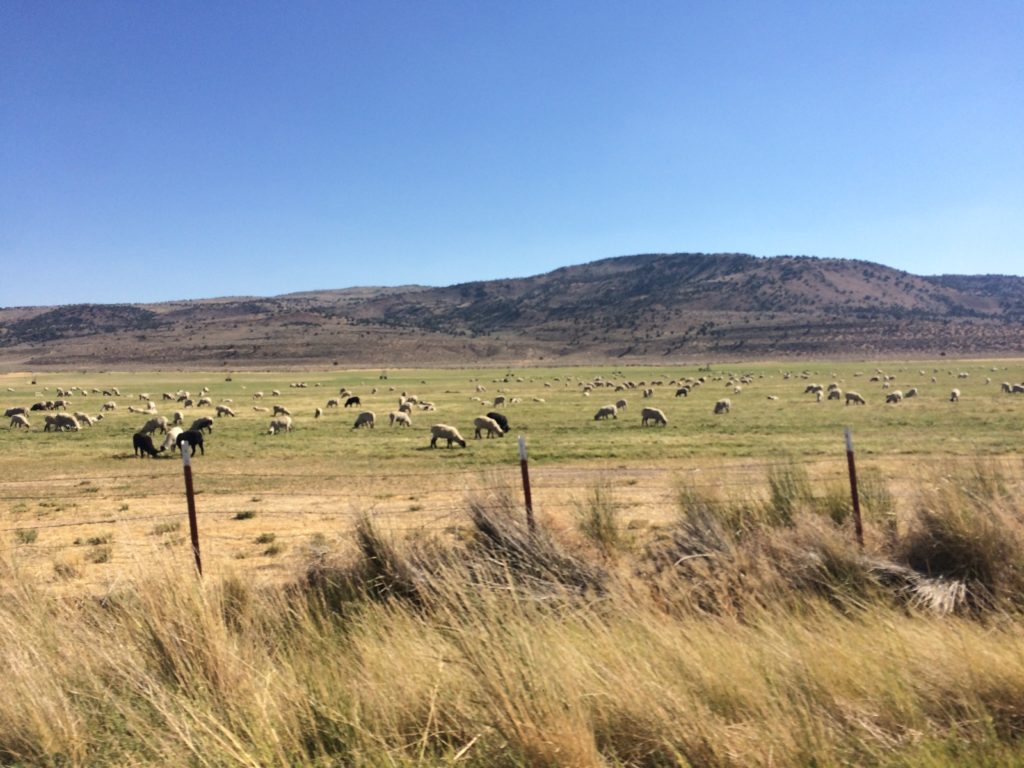 Then the final stretch past Menlo Baths along 447 into Nevada… 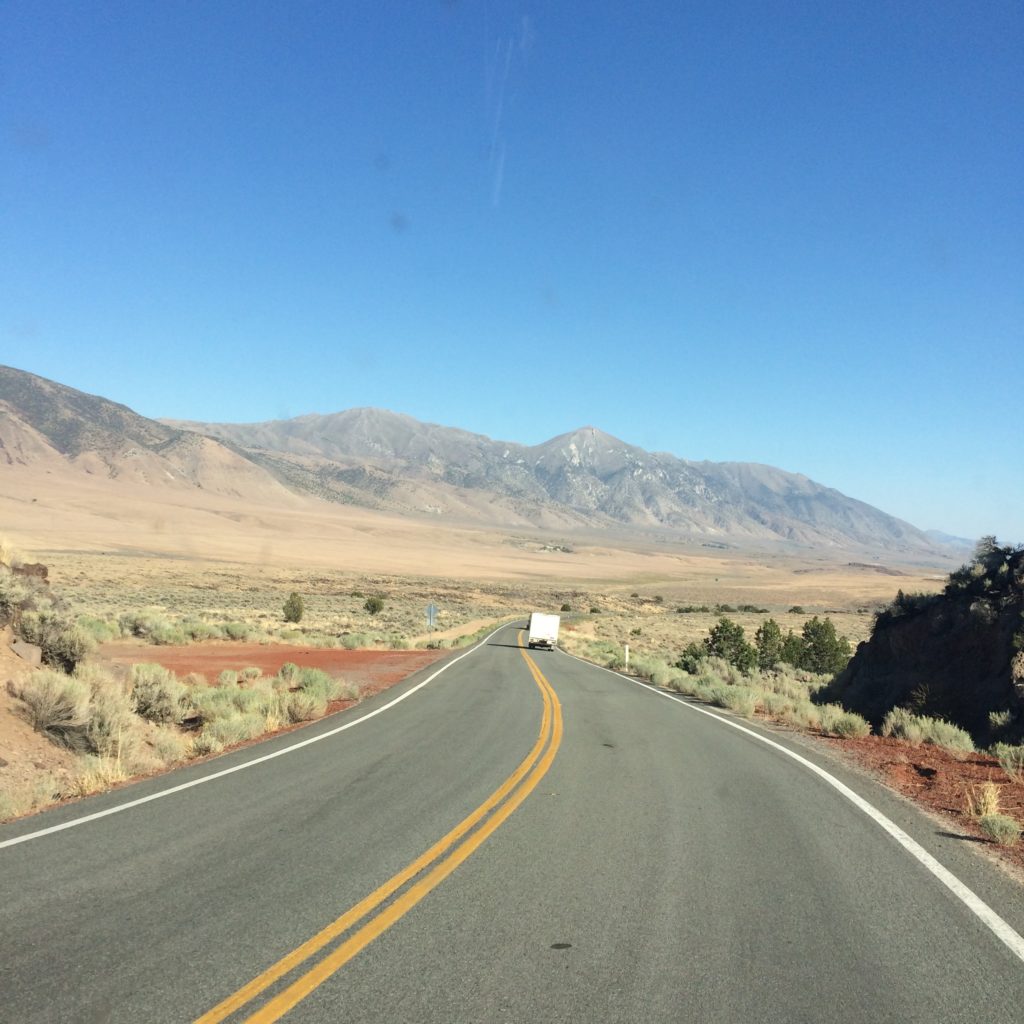 Pete is getting excited! 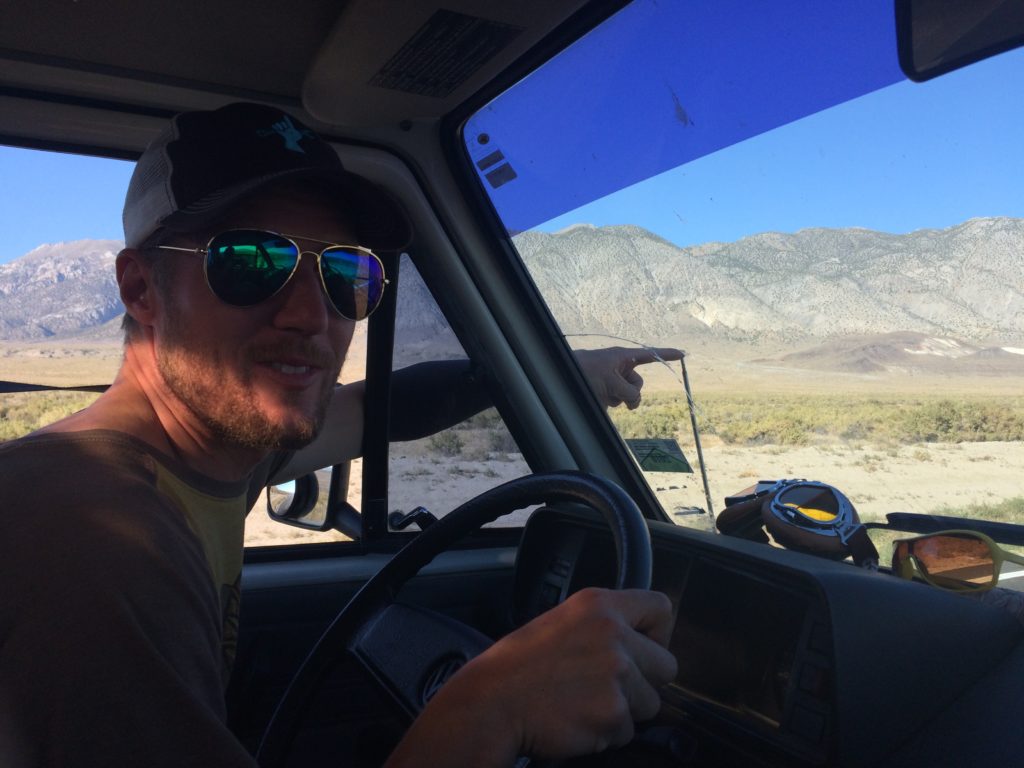 This was at the “interpretive station” of the BLM for the Black Rock Desert. This is not a relic from a ghost town. This was a bus full of burners, heading to the big event! Straight ahead in this pic is the location of the largest annual temporary collaborative art show in the world! 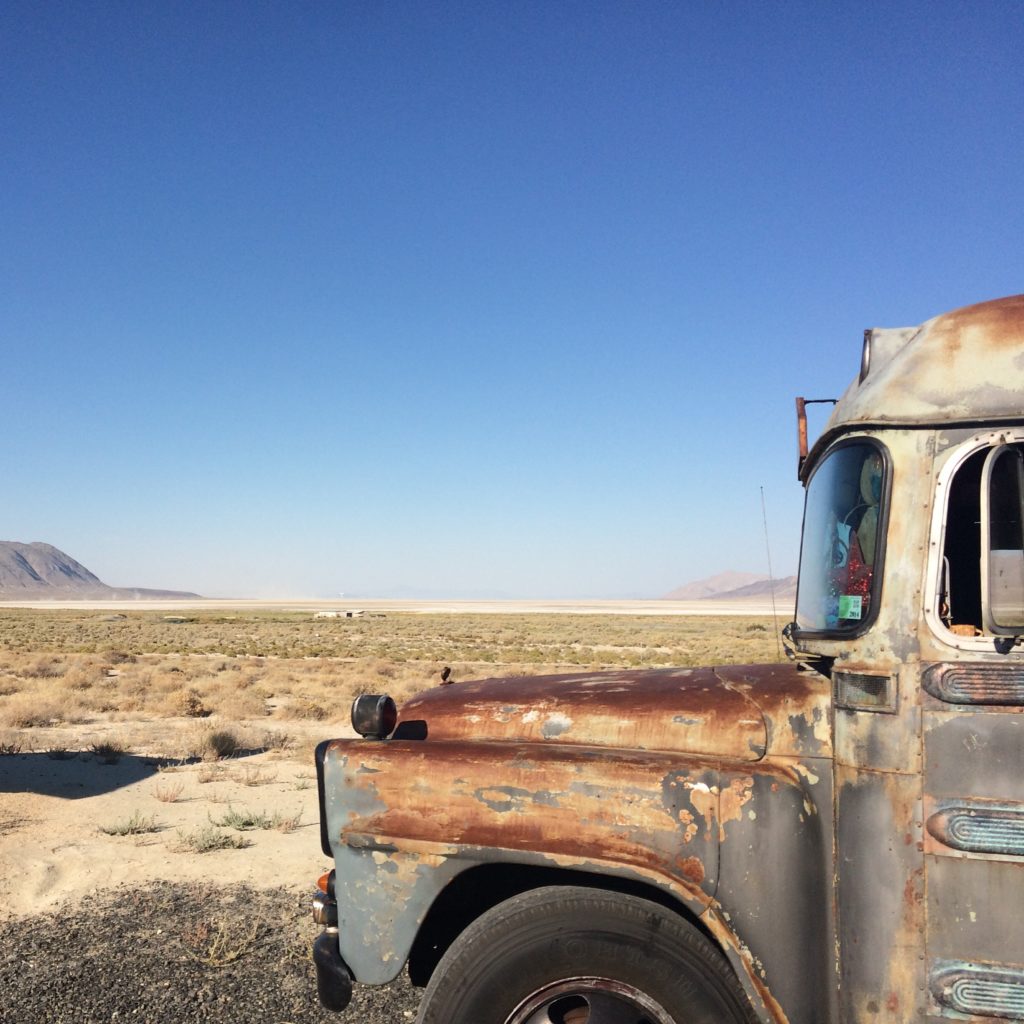 And here you can see onto the desert floor. The cars and trucks are inching forward at 15mph (speed limit) along the flagged lanes into formation to wait at the Gate, to be let in… 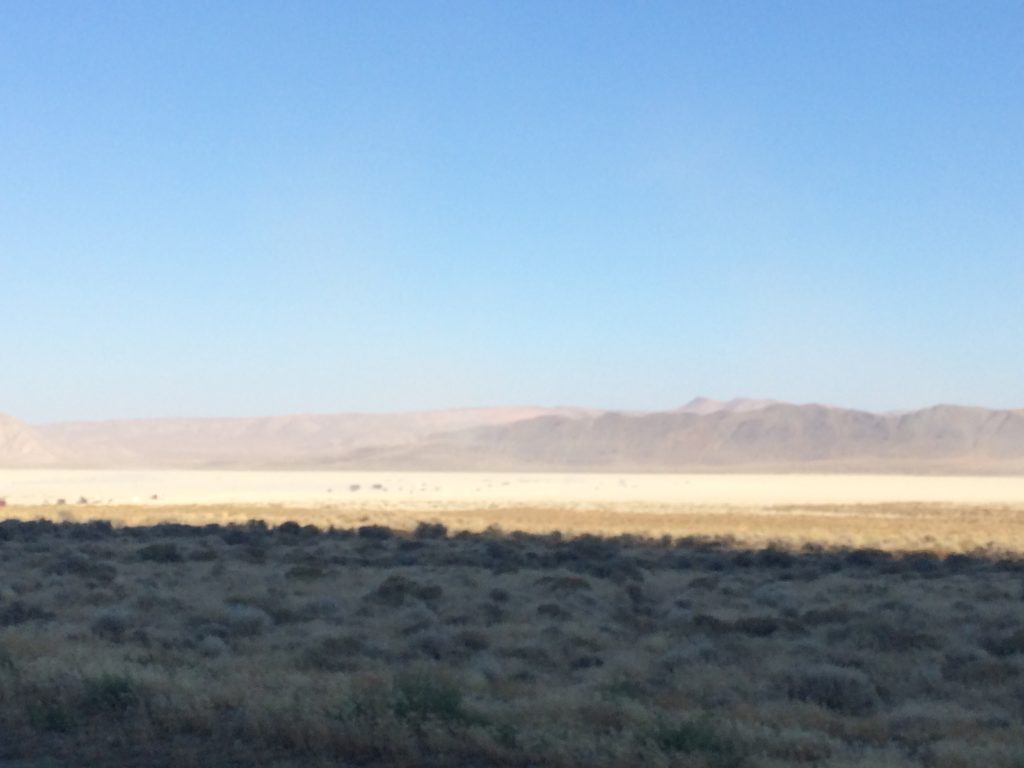 This is the access road: from the state highway (busiest day of the year)(or actually, Exodus (the Monday of departure when most people leave) is probably the most busy)…onto the desert floor. It’s an old lake bed. Dry alkali clay. Dusty. Amazing place for a 60,000 person party/refugee camp/temporary city… 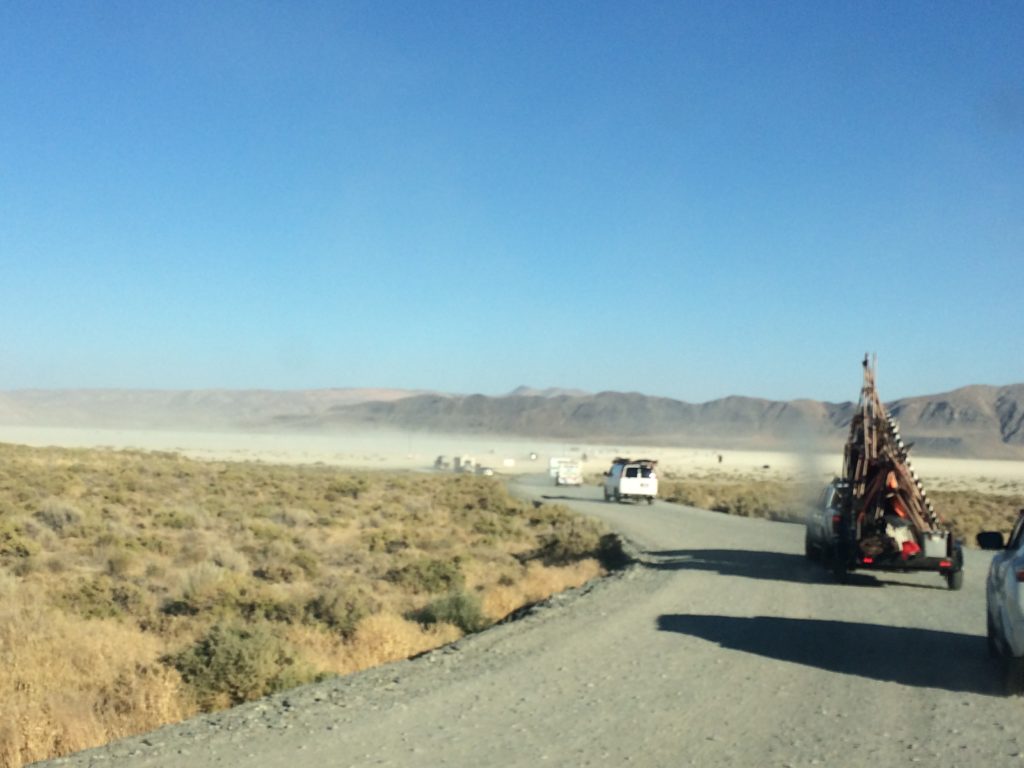 And so we were in the line, waiting for things to move forward, so we could get to our camp, set up, and be part of the Burn!