The Lake District of England. Bliss! 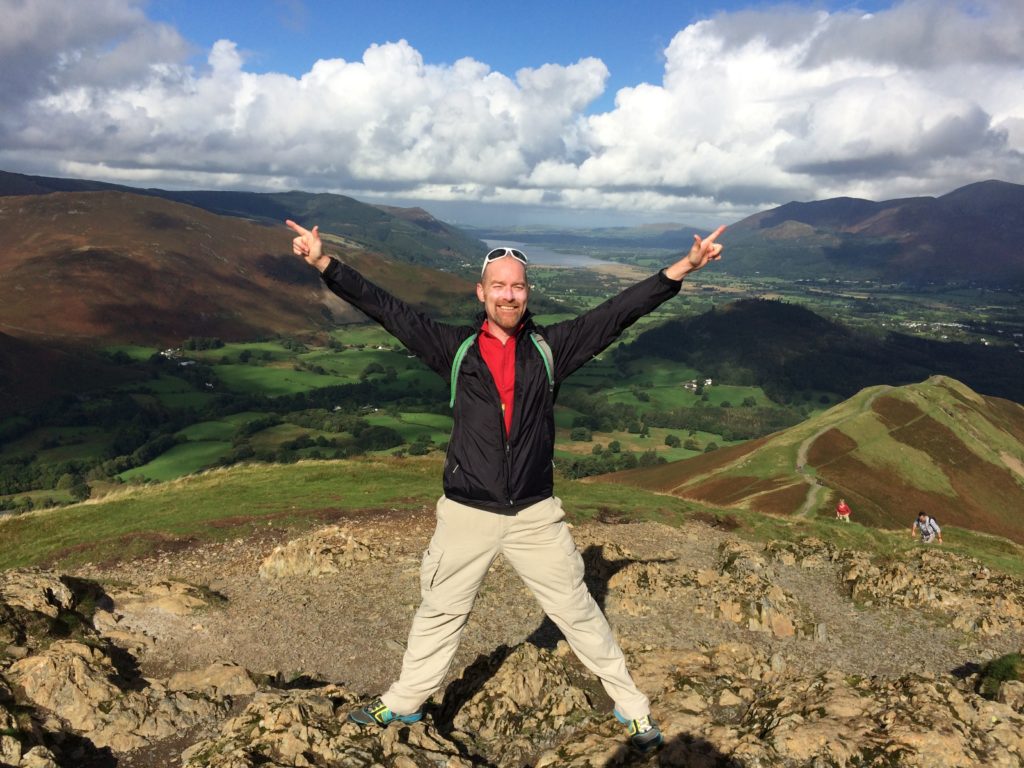 I was really lucky – at the evening reception the night before, my host David mentioned that some of his friends were interested in taking a hike. We were introduced. It was great! Yay people ready to go hiking – Bernardo and Kerry!

We met at the trailhead (I was a little late, yikes!) and headed up. The sun was out, some clouds were coming and going, and everything was fresh, vibrant and delightful. Perfect for a day hike.

They actually only wanted to do a short hike, which was fine – but I wanted to be out all day. I mean. I couldn’t resist. So I kept going and going. It started to rain. It stopped. I kept going. I found a little place and a fella met me, saying he had finally come to all the peaks in the “Cycle of something” or Ring of XYZ, after 30 years since first starting. That was pretty cool.

Wow. What a fine day in the Lake District of England! I was invigorated like rarely.

Here’s Kerry and Bernardo sending me off, with Derwentwater and Keswick in the background. 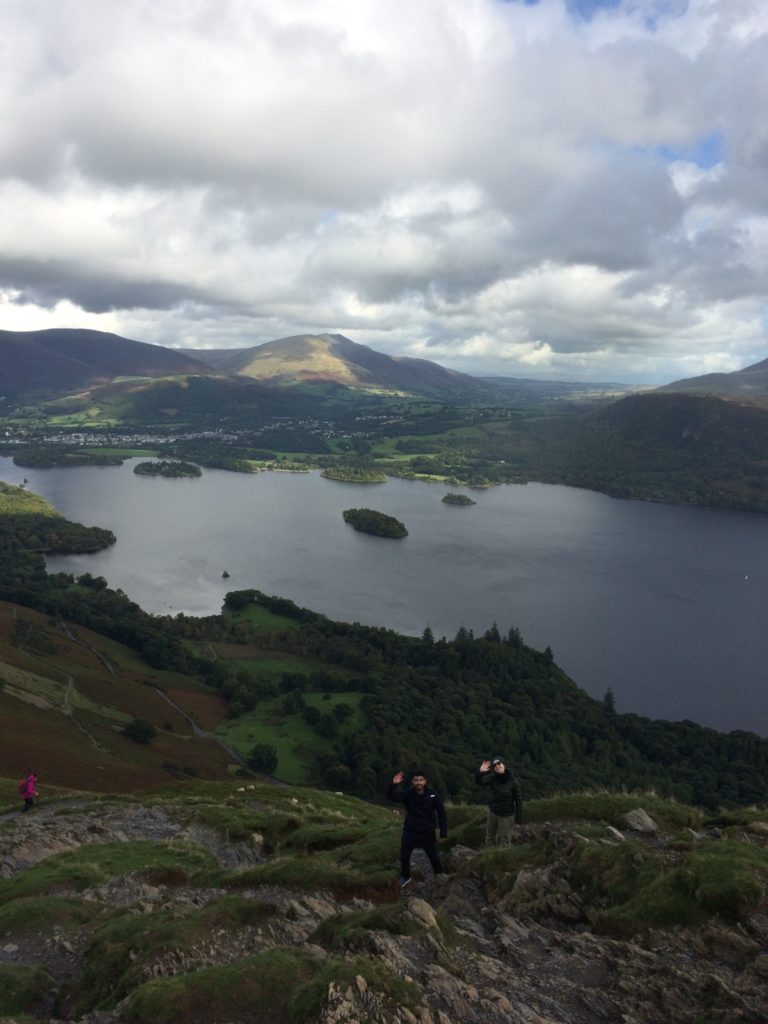 And I turned and headed south back over Cat’s Claw toward the south. The trail on the map just went on and on. I’d just go for a few hours and turn back to get back to the car and back for the wedding evening gathering at the pub in Silverdale.

I was just loving it!

This is looking east as I headed south on the ridge. 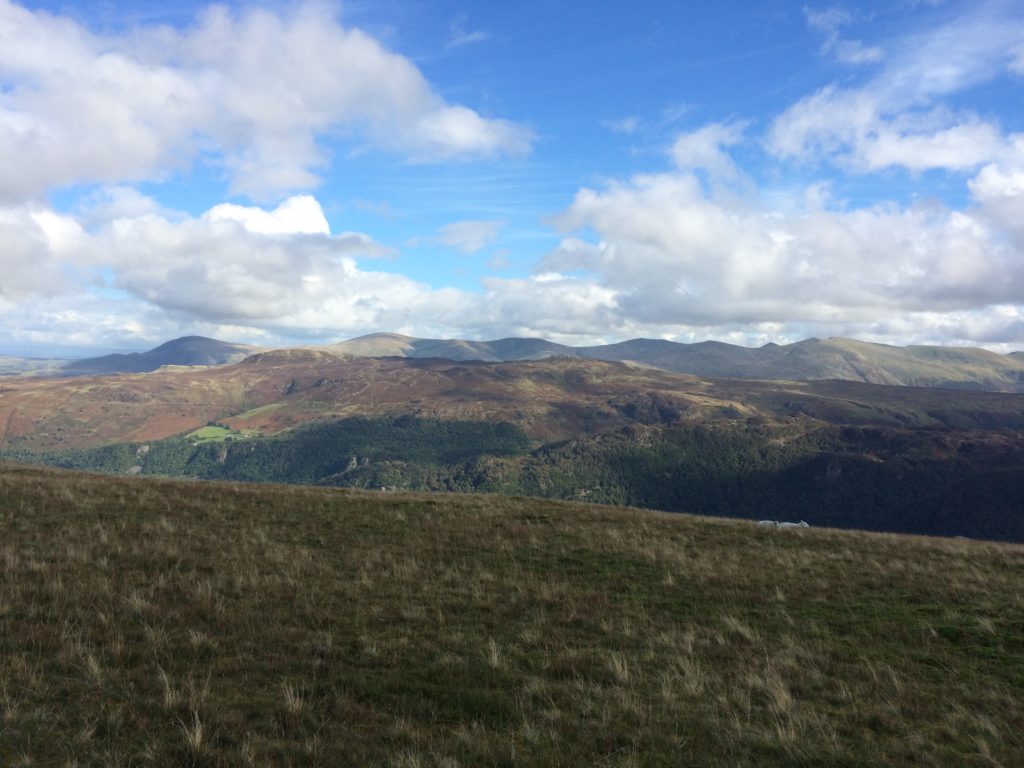 I was able to find a little lookout to the west – what a lovely little valley there! 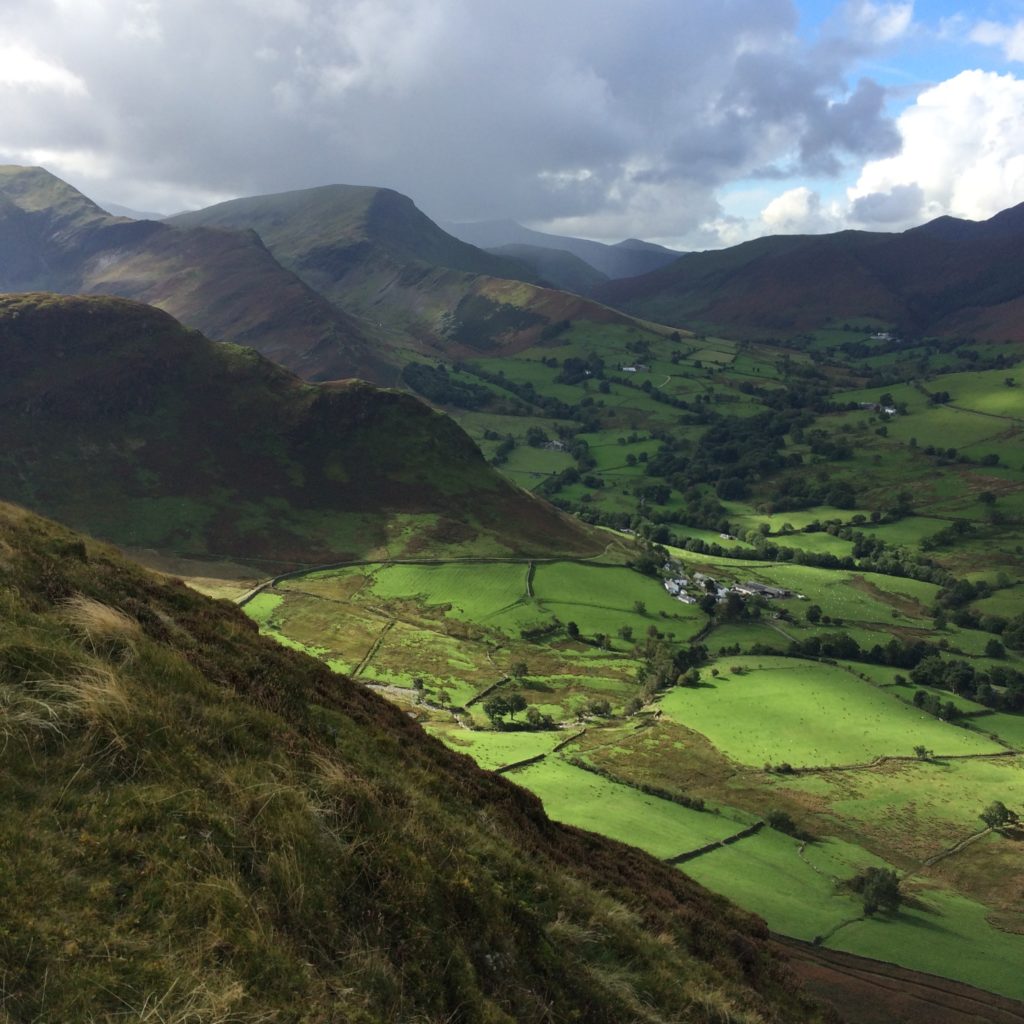 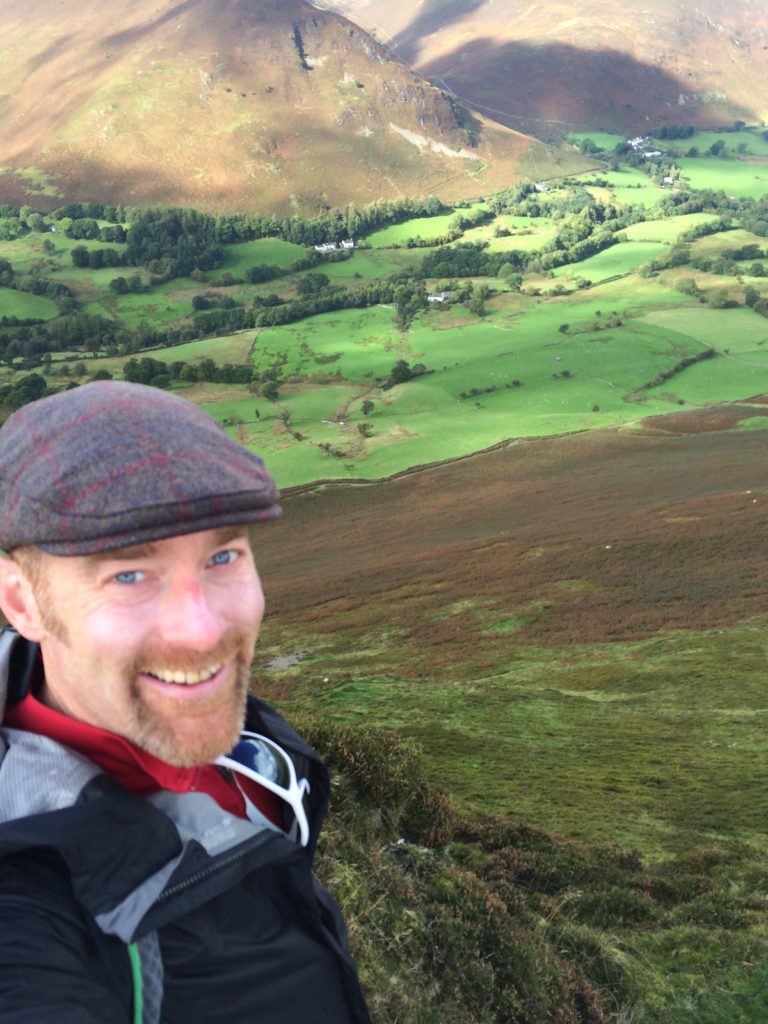 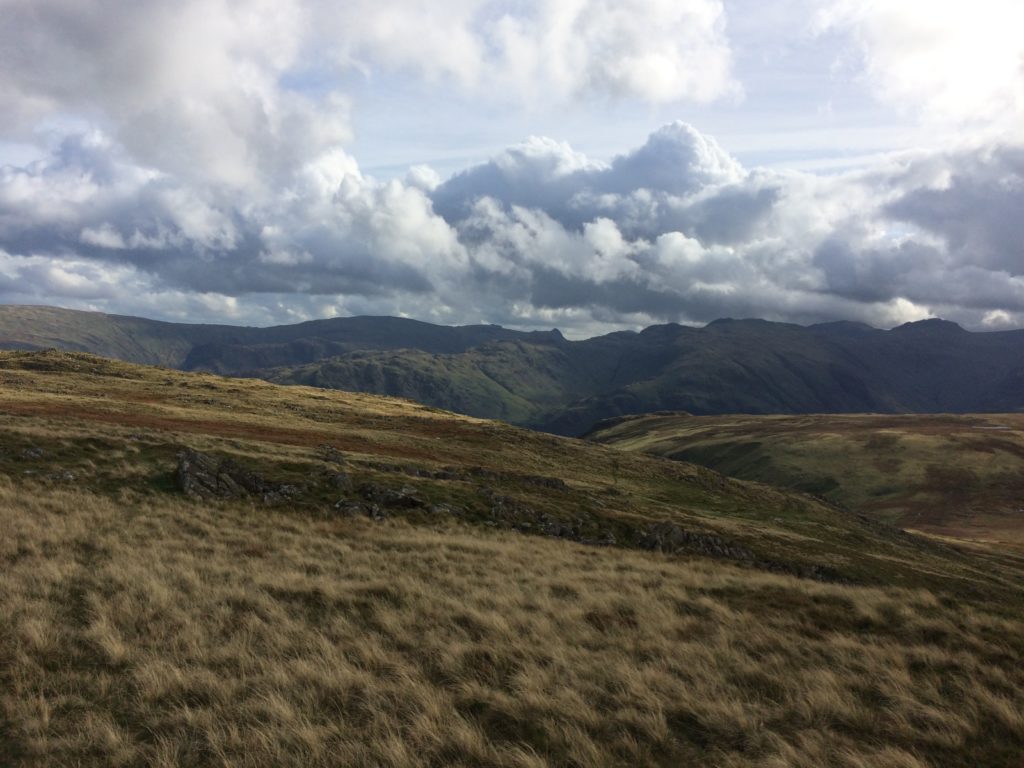 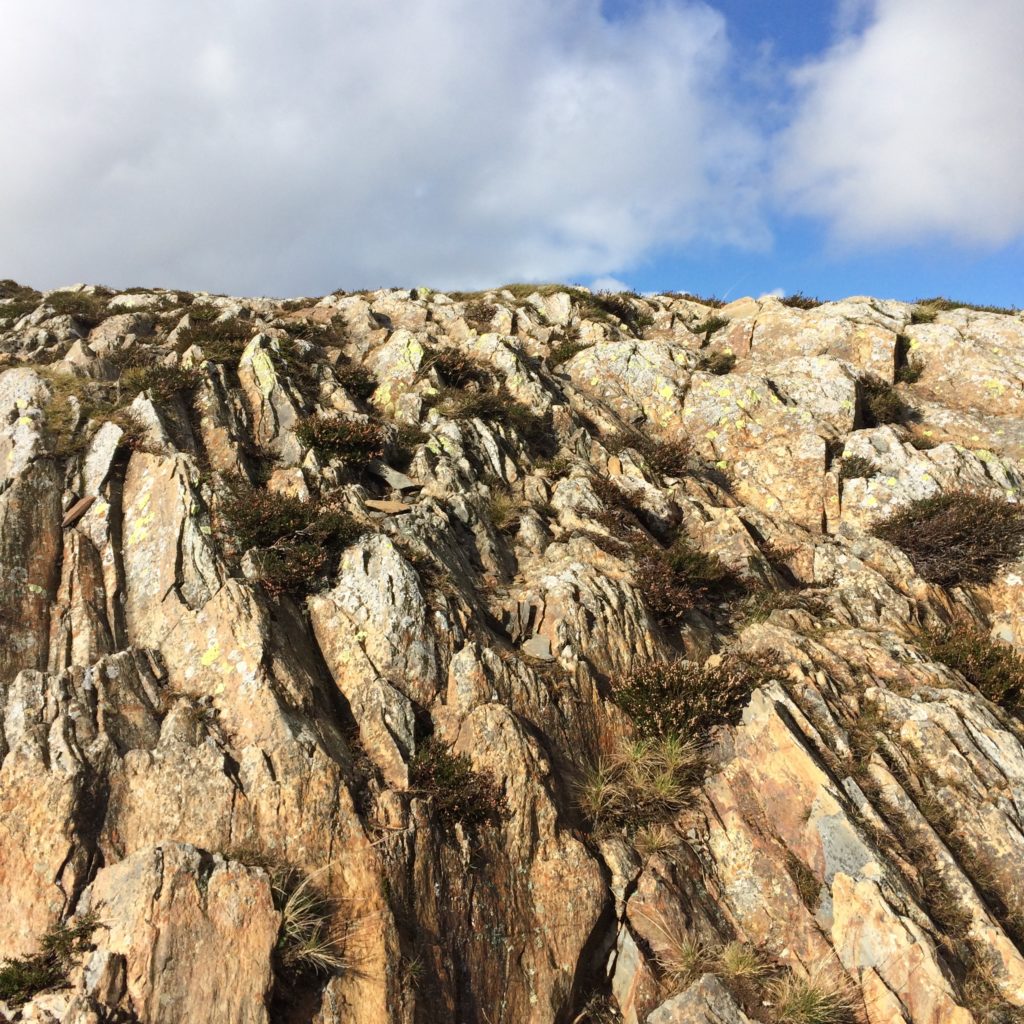 For some portion of the hike it was raining, no pics. But then it dried out as I kept going. No lightning so I felt fine. 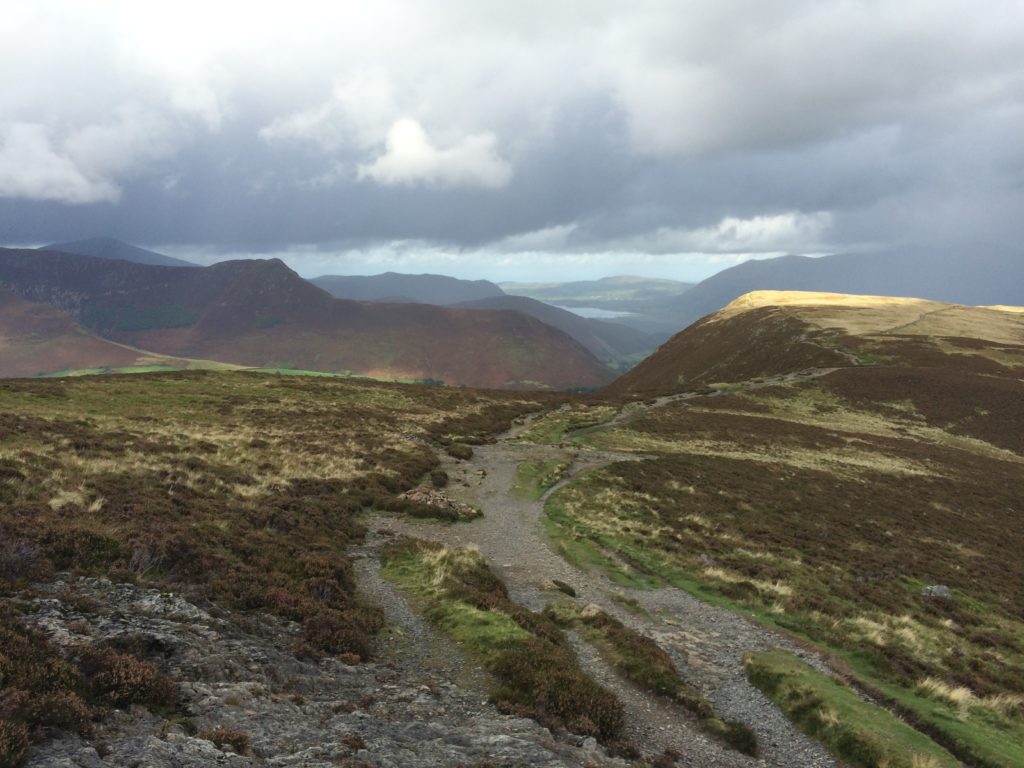 Loved the weak stone, lots of cracks, lots of live growing up from it. 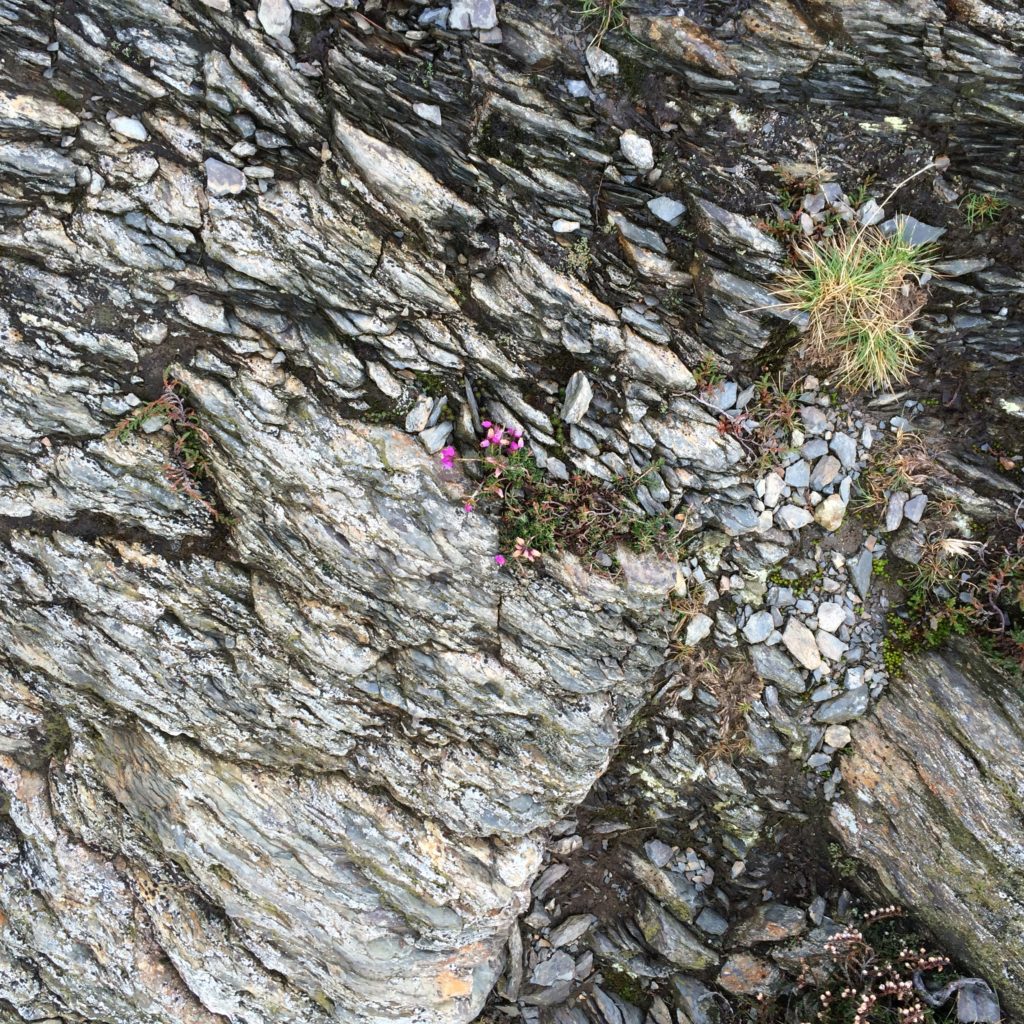 And here I am at High Spy – the cairn at the top. About 600m in height. That’s the bloke’s finger – the fella who was at this spot after trying to get there for 30 years. Now just imagine that. I had never heard of the place prior to that morning and seeing it on the ordinance survey map. I was just like, hey, that looks like a good target to head for. And this guy has been thinking about it for 30 years! I mean. That is awesome. He was telling me all about the other peaks of the area and the Ring of … which I can’t recall now. I just nodded and said “oh, right” and “That sounds great” every now and then. I like meeting hikers. 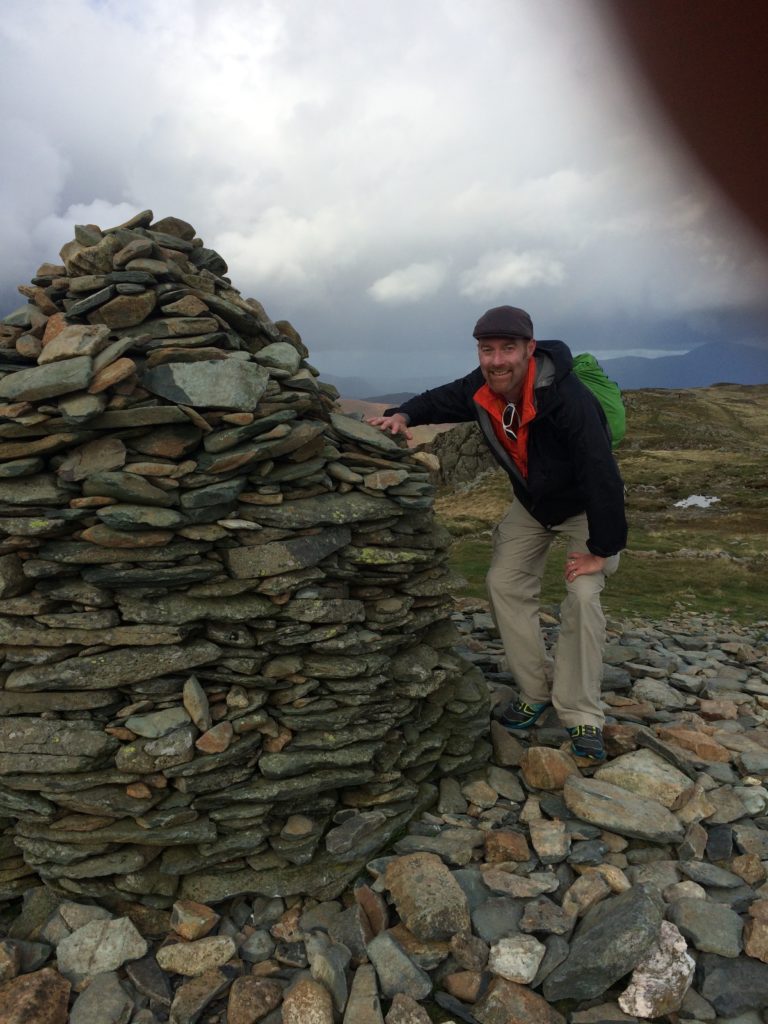 I could hear the water coming down the hillside. 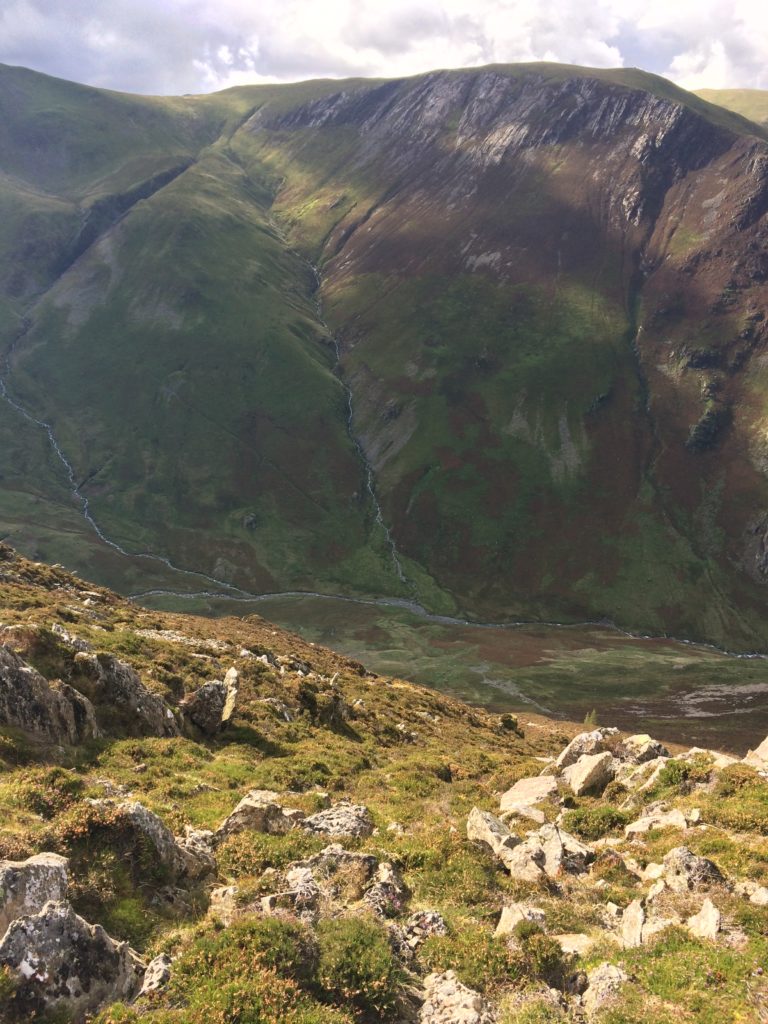 There was a little hut near that pond – and it seemed like a few people were making their way toward the ridge on the right. I would have loved to continue…but I had a wedding thing to get to! 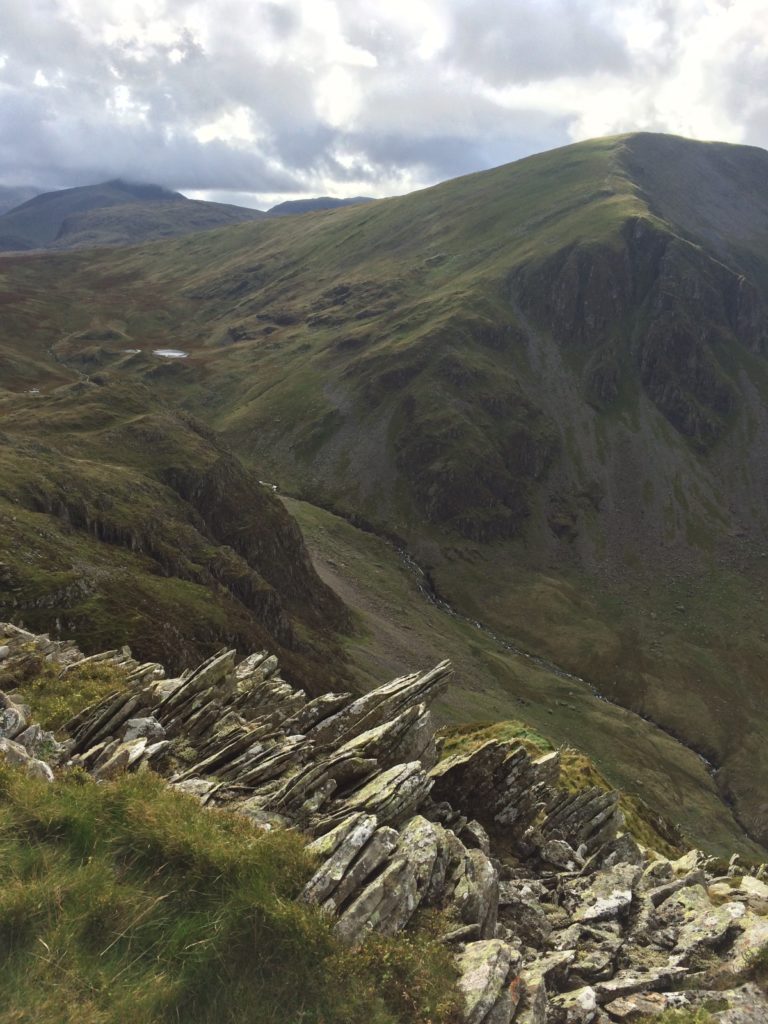 So I turned around and headed back toward the trailhead…oh my. How gorgeous is this?!! 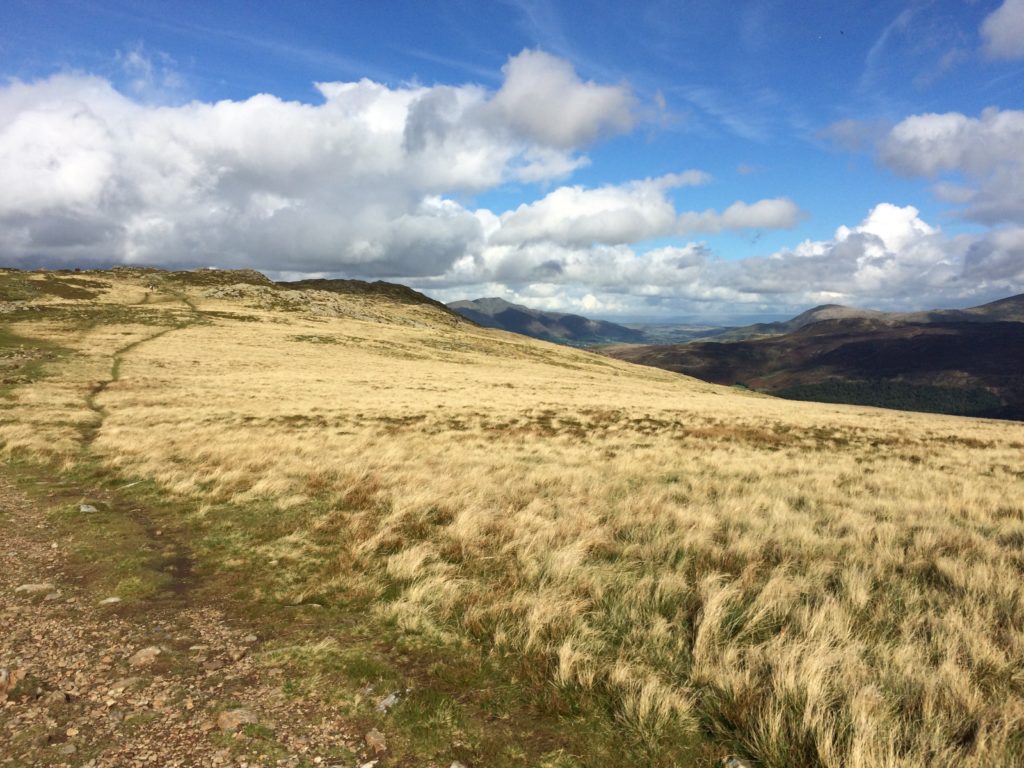 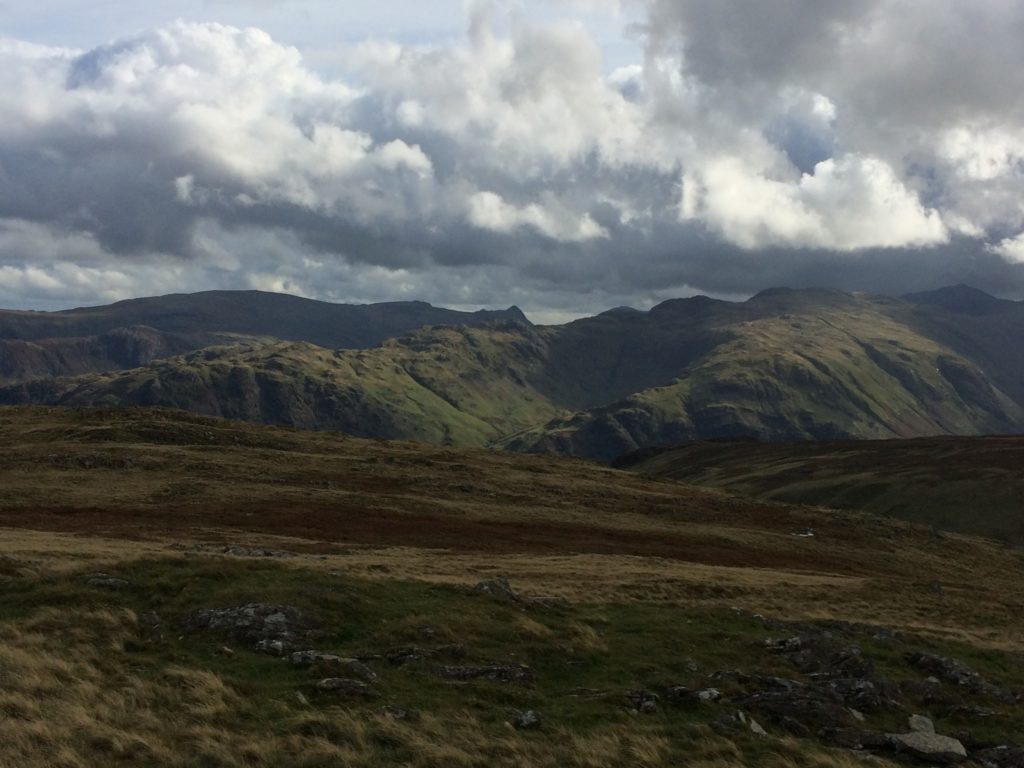 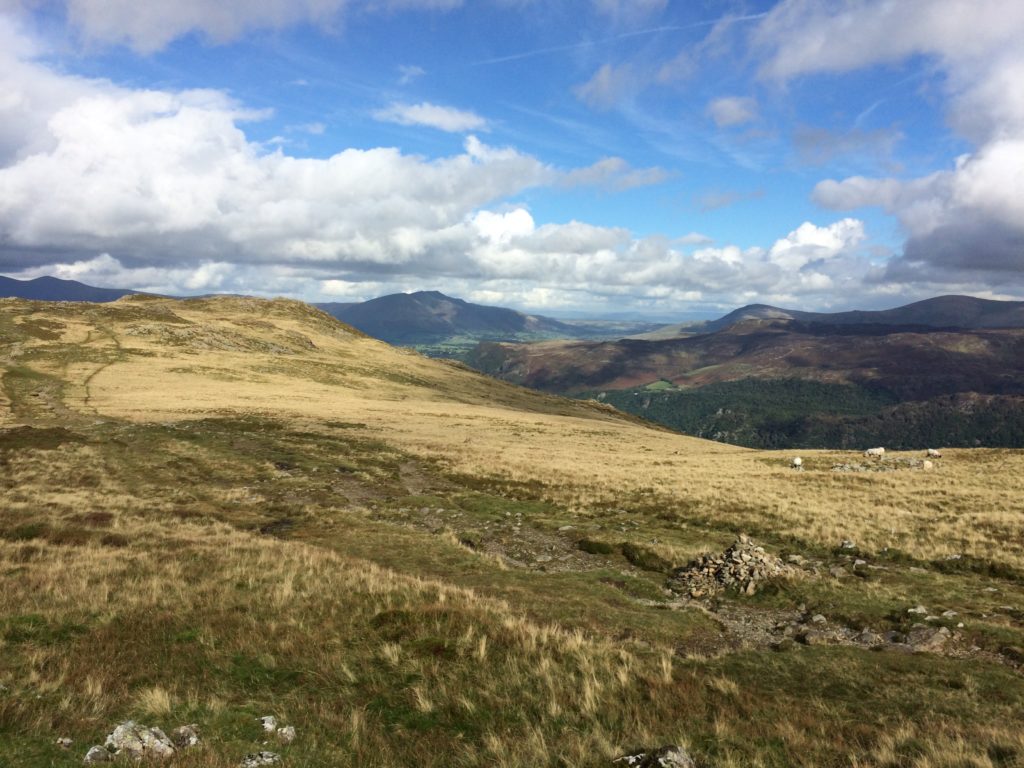 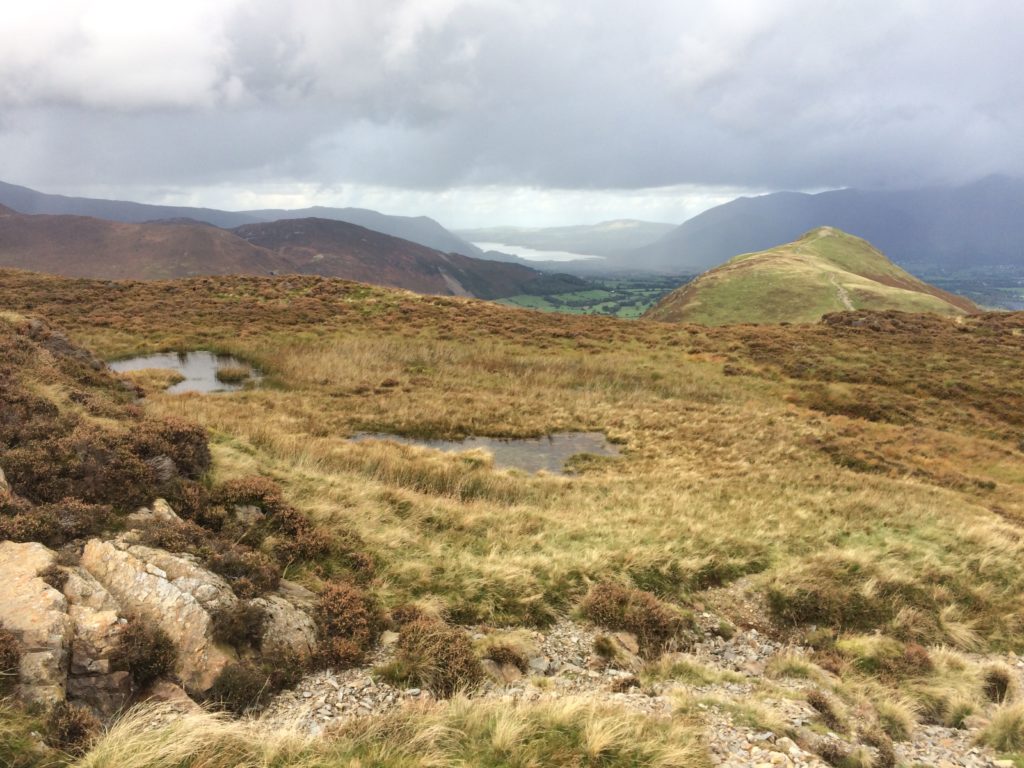 As I descended, this little bird stopped right by me, to tell me to come back soon. I sure plan to! 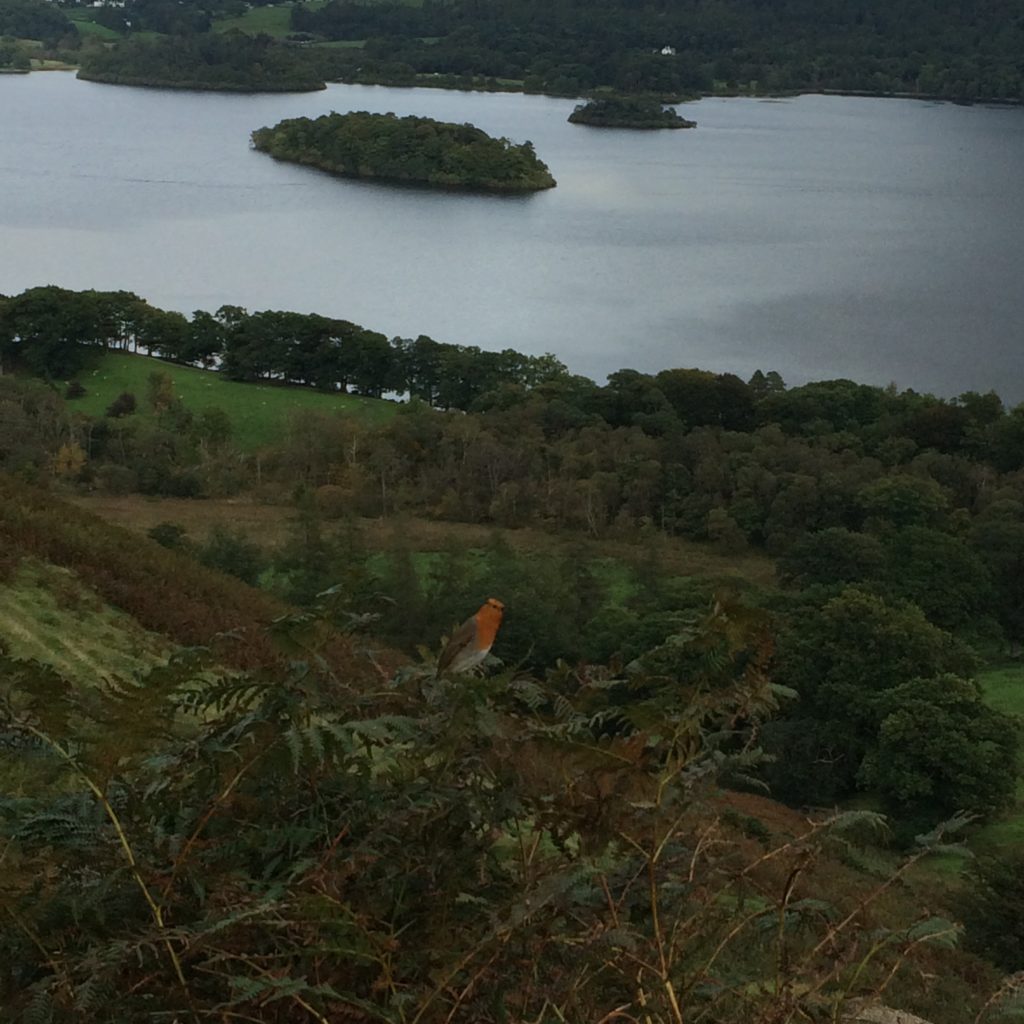